Renowned historian Wang Gungwu, a National University of Singapore (NUS) professor much garlanded for his work on Chinese history, is part of the GTLF programme on Nov 27. Photo: Filepic

With 45 online events, there's definitely something for everyone at this year’s virtual George Town Literary Festival (GTLF), which runs from Nov 26-29.

Yet with so much to watch, it can be easy to get a little lost. Here are our picks of some events we feel shouldn’t be missed.

This is the final instalment of the Hikayat Series by Kakiseni, which highlights the rich tapestry of Malaysian performing arts. This book is set in 1920s Penang.

The story revolves around the colourful world of bangsawan theatre, featuring multi-ethnic characters as you follow Rahman on his journey.

Kakiseni worked with author David Chin and Penang-born illustrator Leong Wai Khong to bring the characters and surroundings to life. When your soul is suppressed, poetry can be your way out. Poetry transports us to worlds less travelled, through language that stirs the soul.

A translator. Two academics. A publisher. A bookseller. Five individuals share their thoughts on the state of the Malaysian book trade in this post-pandemic era on the edge of a permanent digital transformation.

Malaysian literature is discussed in huge detail, but comparatively little is said about the ecosystem that makes it possible. Paper & Text seeks to resolve these questions and more.

Featuring a discussion with (Gerakbudaya editor) William Tham and the contributors. This book was produced with the support of Clarity Publishing and Lit Books. 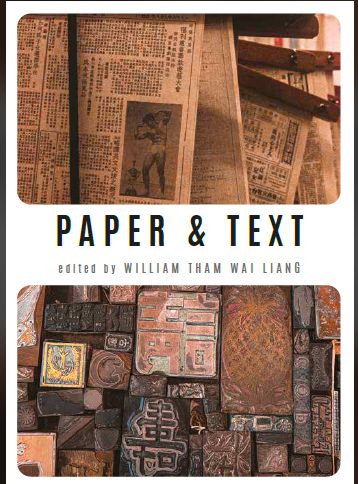 With his follow-up memoir Home Is Where We Are (co-written with his late wife Margaret Wang), renowned historian Wang Gungwu, 90, continues his personal journey through the 20th century as a participant and keen observer.

This session, hosted by Sharaad Kuttan, will ask him how the individual, caught up in forces far beyond his or her control, might come to understand and negotiate both the progress and the devastation that the century wrought on people and the planet.

Penang-based artist and performer Foo May Lyn reads a short story by acclaimed Mahua writer Ho Sok Fong. The Wall stands at the threshold between the real and the surreal, between quiet anguish and wild delirium.

The Wall is taken from Ho's book Lake Like A Mirror, which was translated by Natascha Bruce, and published by Granta last year.

Witness the stories, lessons and visual journey of five Malaysian women in the literary arts, as they reclaim the principles of the PEN International Women’s Manifesto.

From one playwright’s battle against the banning of The Vagina Monologues to a trans woman writer’s journey of wrangling her fears into text, this session will be a feminist shake-up on the very definition of being a Malaysian woman.

The Sandpit: A Monologue by K.S. Maniam

When: Available on Nov 28

In tribute to the late legendary Malaysian writer, K.S. Maniam, GTLF offers a special reading of his play The Sandpit. First written in 1990, Maniam’s masterpiece is a story of tradition, oppression, endurance and the female body, set in a working-class Malaysian-Indian family.

This dramatised reading will feature celebrated theatre actresses Anne James and Jo Kukathas reprising the roles of Santha and Sumathi, which they performed in a 1994 production. When: Available on Nov 29

Best known for his “Rosales Saga” novels, multi-award-winning Filipino writer F. Sionil José, is known equally outside his country for his interventions on questions of land reform and social justice as well as one of the founders of the regional journal of literature and opinion, Solidarity. In this conversation, Eddin Khoo speaks to him about the role of the writer in the formation of national consciousness.