Bookmark the date! George Town Literary Festival 2019 will be a real page-turner

Readers assembled at some of the booths set up at a previous edition of the GeorgeTown Literary Festival. Last year's event drew more than 6,000 people. — Photos: GTLF

There is a certain buzz about the upcoming George Town Literary Festival (GTLF) in Penang that will get book lovers excited.

Whether you’re a casual reader or a serious literature enthusiast, there’s definitely a lot to look forward to at this year’s GTLF, which starts on Nov 21. The biggest literary festival in the country returns for its ninth year with four days of literary and cultural talks, workshops and events. Not to forget film screenings, food talks and a poetry marathon. 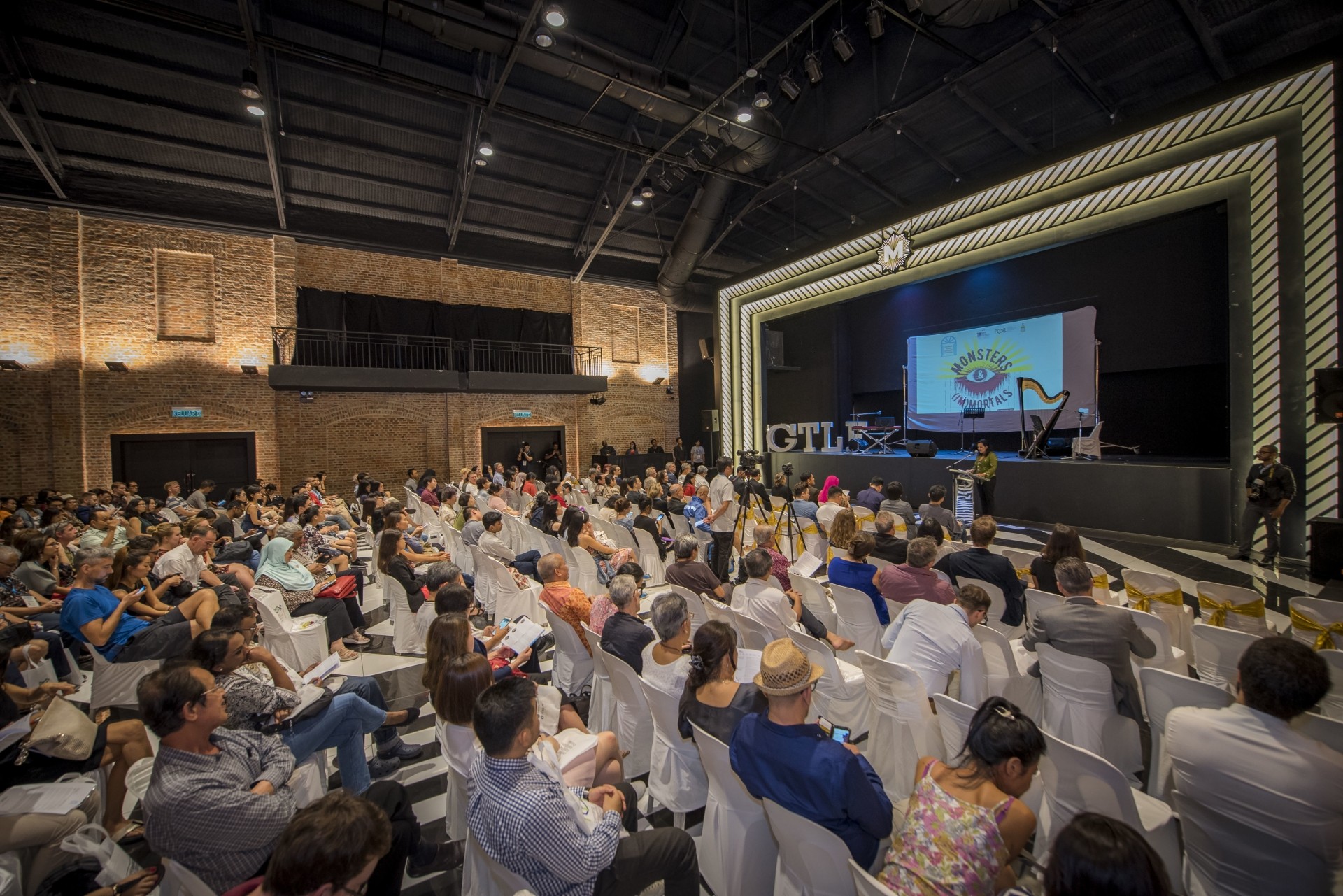 The audience for a session during the Georgetown literary Festival 2017. Photo: GTLF

Last year, GTLF attracted a crowd of 6,000, which is ample proof that literary events can be popular.

“Malaysia is a very complex place, linguistically and in terms of literature. So we want the GTLF to be a place where people can come to explore the various dimensions of Malaysian literature in all it’s forms, ” says Pauline Fan, who is the co-director of GTLF 2019, alongside Sharaad Kuttan.

Fan is a writer, translator and creative director at cultural outfit Pusaka, while Sharaad is a talk show host and curator. 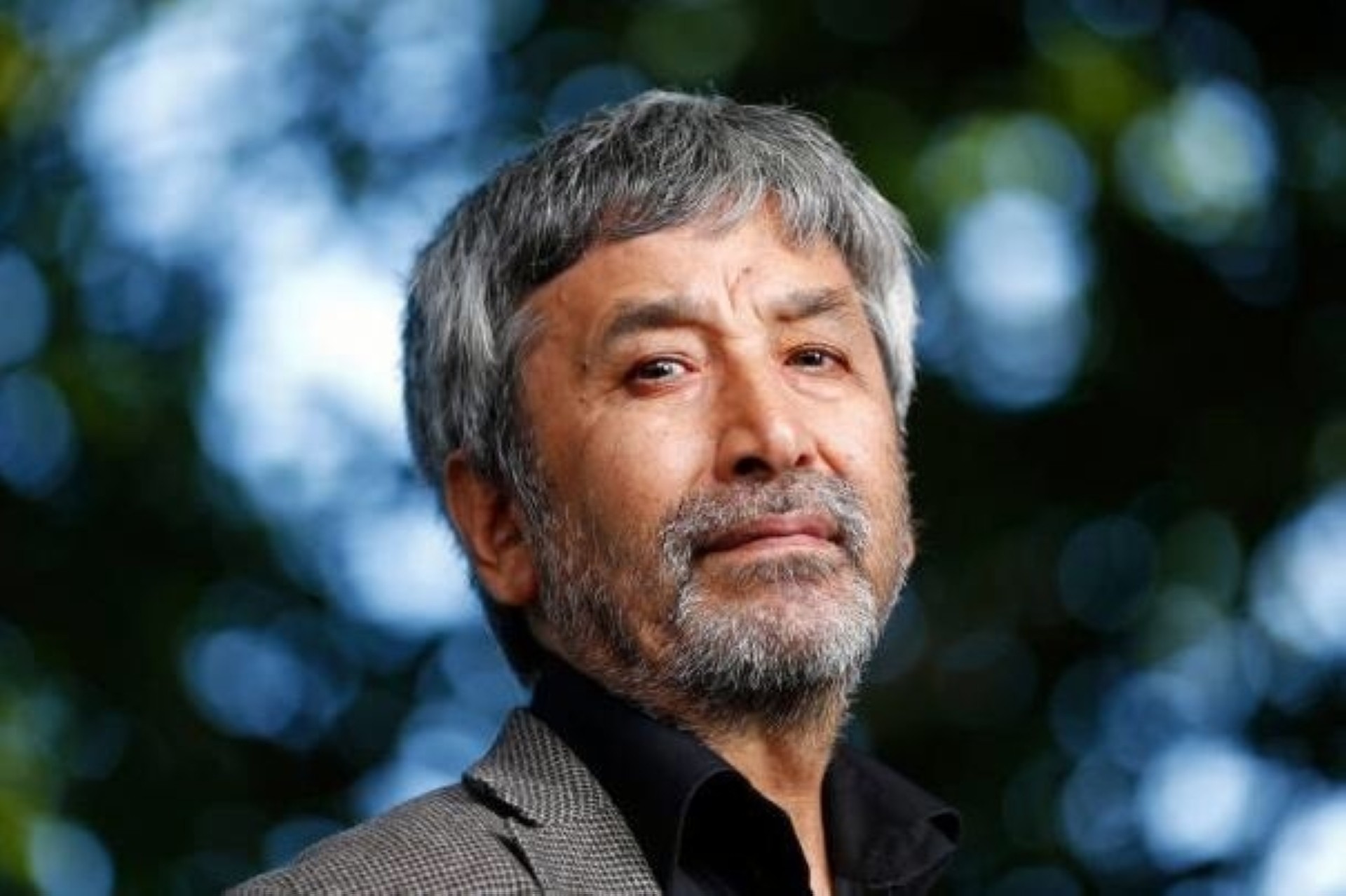 On Nov 23 at Hikayat, local publisher Matahari Books and the Embassy of France will collaborate on the book launch of What I Saw In Malaysia: Lectures 1934-1938 by Jeanne Cuisinier. The core of What I Saw In Malaya is a series of Radio Paris lectures by French ethnologist Cuisinier on her experience of living in Malaya, principally in Kelantan, in the early 1930s. She candidly and affectionately talks about the people, customs, culture and of course, food. Some of the things described can no longer be seen today, such as her vivid account of a large-scale, all-night wayang kulit performance that attracted a crowd from all over. Those concerned about the environment can make their way to the What Makes Greta T. Angry? panel discussion (Nov 23, UAB Building), which references the young climate activist Greta Thunberg’s impact. Moderated by Chris Parry, it will feature Darrel McLeod, Long Litt Woon and Julie Janson discussing the topic of “ecological pessimism”.

Alternatively, you can check out Is The Screen Our Enemy? (Nov 23, UAB Building), where Dhinesha Karthigesu, Lur Alghurabi, Karoline Kan and Jason Erik Lundberg and moderator Tiwin Aji discuss new ways of telling stories through technology.

A total of 80 participants from over 20 countries will be involved across more than 80 events at GTLF 2019. The theme of this year’s festival is “forewords/afterwords”, which explores themes of beginnings and transitions, with a strong emphasis on history. This theme is fitting for this year, says Fan said, as 2019 has been the anniversary of many historical events, including the centenary of World War I and the fall of the Berlin Wall 30 years ago.

This year also marked 50 years since the Malaysian race riots of May 13,1969. A panel (on Nov 24) will examine this dark moment in Malaysian history through local literature; it will feature Hanna Alkaf, whose debut novel The Weight Of Our Sky is set during that period, writer Ho Sok Fong and economist Jomo Kwame Sundaram. 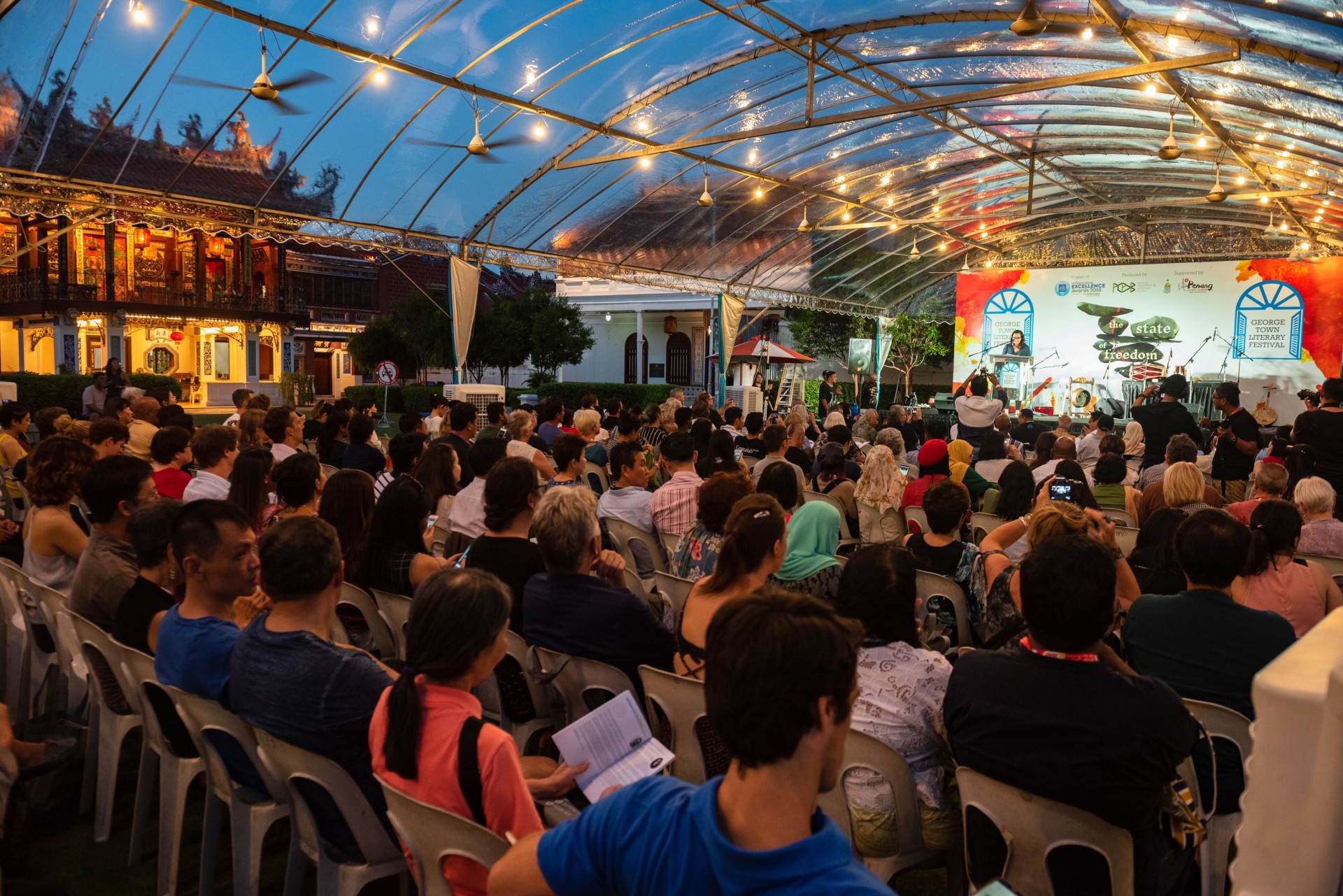 One of the sessions held during George Town Literary Festival 2018. Photo: ttgeorgetown

Another change is an expanded Malay programme this year. GTLF 2019 will roll out seven Malay language panels, in contrast to previously having three or four. One highlight is a panel called Loghat Dan Karya (UAB Building, Nov 24) with actor-directors Nam Ron and Sabri Yunos about the use of dialects in the creation of their work, something both of them are known for. Ada Apa Dengan Kisah, a discussion on crafting stories, takes place at the same venue on Nov 23.

Additionally, the festival will be looking at Mahua literature (Malaysian-Chinese literature, written in Mandarin).

“A lot of interesting things are going on in this field. I think a lot of the English- and Malay-speaking writers here don’t really have that much knowledge of what this scene is up to. But, meanwhile, Mahua writers have been making a big impact, and are highly regarded, winning prizes in Taiwan, ” says Fan. 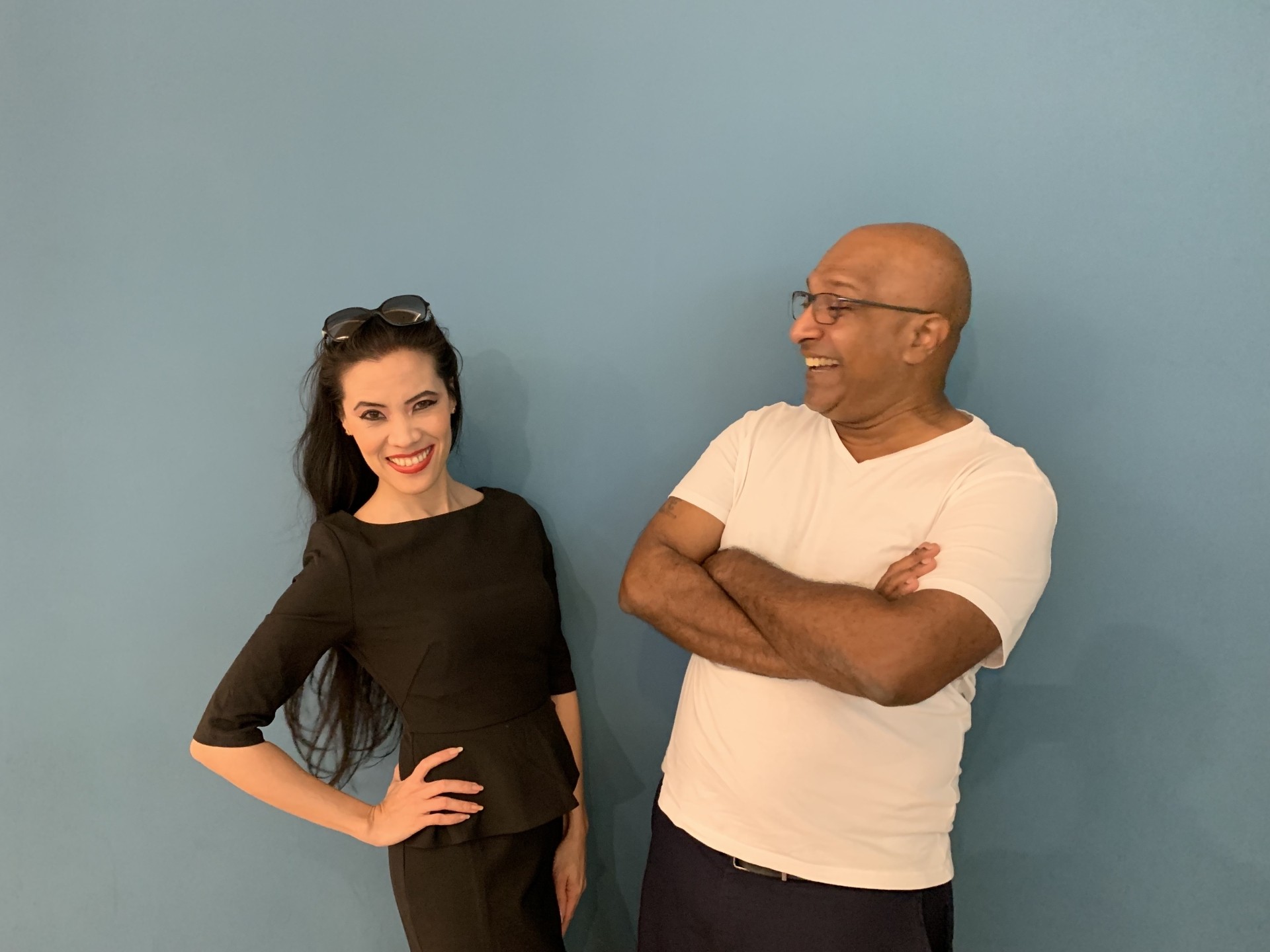 (l-r) Pauline Fan and Sharaad Kuttan are the co-directors of this year's Georgetown Literary Festival.

Music highlights at the GTLF include a performance by Nading Rhapsody, an ethnic Sarawakian band, at China House on Nov 22. The festival’s closing night on Nov 24 will see a programme called Bintang Malam, with Malay cabaret songs performed by the WVC Jazz Ensemble and Eddin Khoo.

Even gardening enthusiasts can attend a workshop at GTLF! Catch If You Talk To Your Plants, What Stories Can You Tell Them? (Nov 21, Hin Bus Depot) from Harbir Gill, the founder of edible garden business Ground Control.

Also happening is a preview of the film Mencari Rahmat at the Tourism, Culture and Arts Ministry office on Nov 23 at 1.30pm. The interpretation of Oscar Wilde’s The Importance Of Being Earnest by Al Jafree Md Yusop is scheduled for release in 2020.

First established in 2011, the GTLF is an international literary festival celebrating world literature, translations and the literary arts, held annually in George Town. Initiated by the Penang state government, it is a mostly free festival with the exception of workshops. In 2018, the GTLF won the International Excellence Awards 2018 for Literary Festival award.The George Town Literary Festival will be held at various venues in Penang from Nov 21 to 24. More information at georgetownlitfest.com.