In Zaim Durulaman’s Hayya alal Falah – Masjid Sultan Sulaiman, a colourful array of footwear line the street. They are placed neatly at the mosque gates, and then extend towards the viewer and in all directions.

This artwork does a good job, at first glance, in convincing you that it is a familiar sight, despite its avalanche of slippers and propensity for hyperbole.

The Mihrab exhibition by Segaris Art Centre currently on at Publika in Kuala Lumpur is filled with familiar scenes, such as Raja Azhar’s oil paintings, which shine the spotlight on mosques, viewed through raindrops running down a window pane.

How apt for the rainy spell we are now having.

With 80 works by 38 Malaysian artists, Mihrab offers a multi-faceted look at mosques and explores mosques from numerous perspectives and interpretations. A “mihrab” is a niche in the wall indicating the direction of Mecca, which Muslims should face when praying.

As a diverse art exhibit, you can expect different elements to come into play when you visit the gallery.

Johan Marjonid’s Dari Satu Arah juxtaposes geometric motifs with the mosque of his choice, Liu Cheng Hua merges maps and long journeys with architecture and Anisa Abdullah stitches together a contemplative scene inspired by personal memories and the meaning of family. 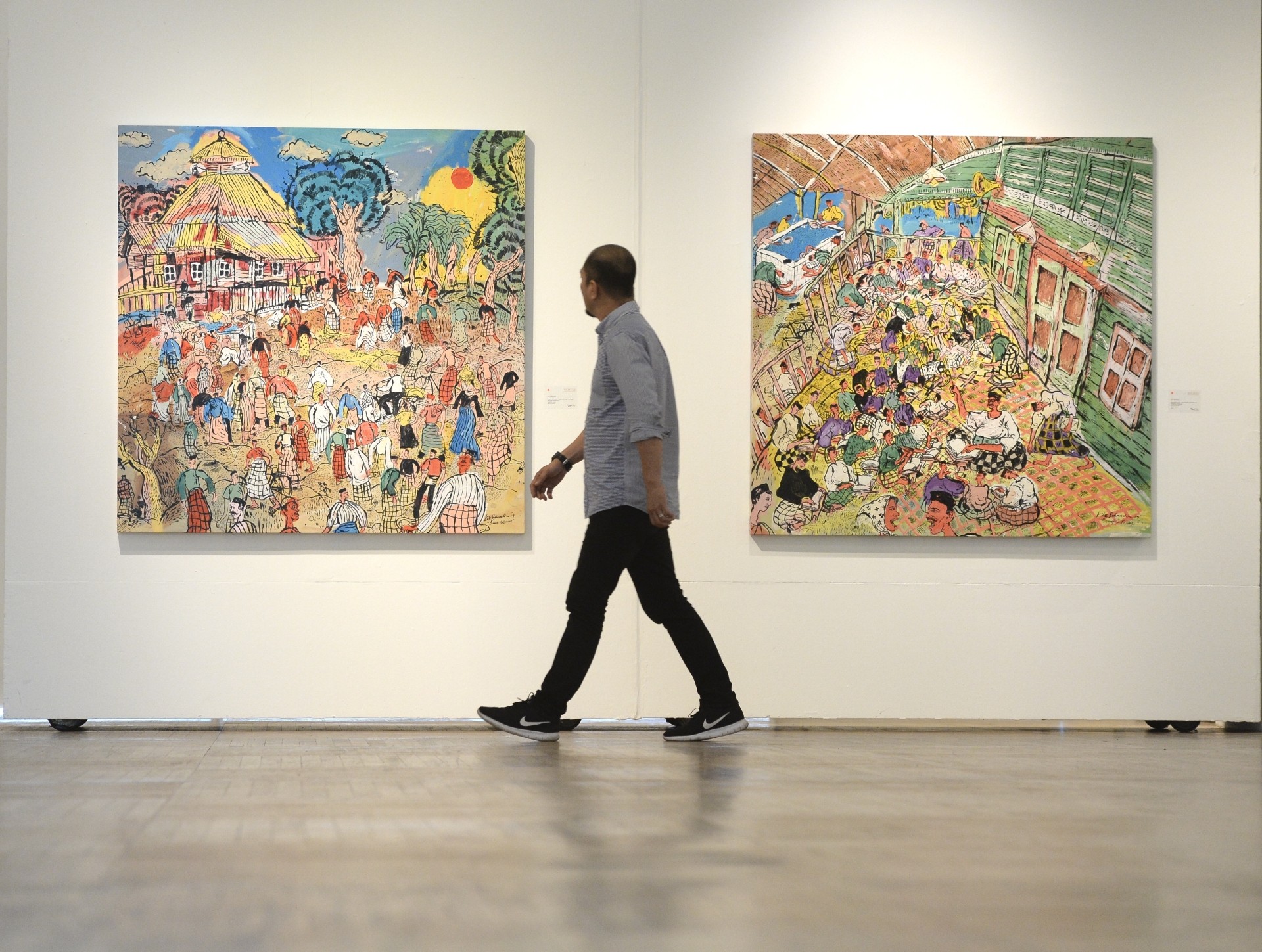 Elsewhere, Fauzulyusri’s Konkrit A and Konkrit B present visually little more than a silhouette, a suggestion of abstract.

Fendy Zakri’s Nook (Masjid Salahuddin Abdul Aziz Shah) is another abstract-minded work, which has been influenced by his trip to India and a discovery of Persian poet Rumi.

“Early this year, Segaris Art Center was appointed to manage and organise an art show with input and ideas from the Sultan of Selangor. The initial idea for this show was to feature mosques in Selangor, but we ended up looking beyond this, to give more freedom to the artists. Still, a good 85% or so of the artworks are inspired by Selangor mosques, ” says Nizam Rahmat, gallery director of Segaris Art Center.

Collectively, the works in Mihrab highlights how the mosque serves as so much more than a place of worship. It is a place for marriage and business agreements, funeral services and other ceremonies, an education centre, a community area for activities and so on.

The exhibition also delves into architectural elements and slightly more abstract concepts through the use of different styles, technique and medium, including oil, acrylic, watercolour, charcoal, pencil, ink, photography, collage and other mixed media.

Najib Bamadhaj’s acrylic and bitumen works depict the Sultan Sulaiman mosque in Klang, Selangor, one showing its facade and the other, its interior.

“When I saw this mosque for the first time, I was stunned by its architecture, both inside and out. It has such beautiful and intricate designs and patterns, and it reminded me of the Blue Mosque in Turkey.

Designed by British architect Leofric Kesteven, it is a combination of Western Art Deco and Neo classical cathedral styles. You don’t see this very much in modern designs now. I wanted my works to be in sepia because it has a calming effect on me, and at the same time, I wanted it to look like an old photograph, ” says Najib. Graphic designer Mustaffa Ahmad Hidzir, better known as Tapa, has four photographs in this show. This street photography enthusiast is clearly interested in capturing “the moment” and his series has a combination of deeply spiritual and spontaneous.

An image of a Mickey Mouse balloon in the mosque is Tapa’s favourite photograph.

“I saw this one afternoon, when I turned around after my prayers at Masjid India in Kuala Lumpur and saw a group of men praying with a Mickey Mouse balloon near them, bobbing in the air. The balloon was tied around the ankle of a sleeping child. Her father was praying nearby with his friends. It was the kind of moment that every street photographer dreams of, ” says Tapa.

As for Lui Cheng Thak, he zoomed in on the Friday prayers scene where Muslims gather at the mosque for congregational worship.

“Masjid Jamek KL and Masjid Jamek Kajang are among the oldest mosques in Klang Valley and their unique design really inspired me. There is so much heritage and history behind these mosques. In these works, I depict people performing a cleansing ritual, washing their hands and feet before entering the mosque to pray. Through these paintings, I hope the viewer will be able to feel the spirit, the calm and harmony of our environment and the world, ” says Lui.

“This exhibition is a journey that leads the audience through the mosques of Selangor and other parts of Malaysia, through art. Our mosques are full of history, heritage and values and must be preserved, ” he adds. 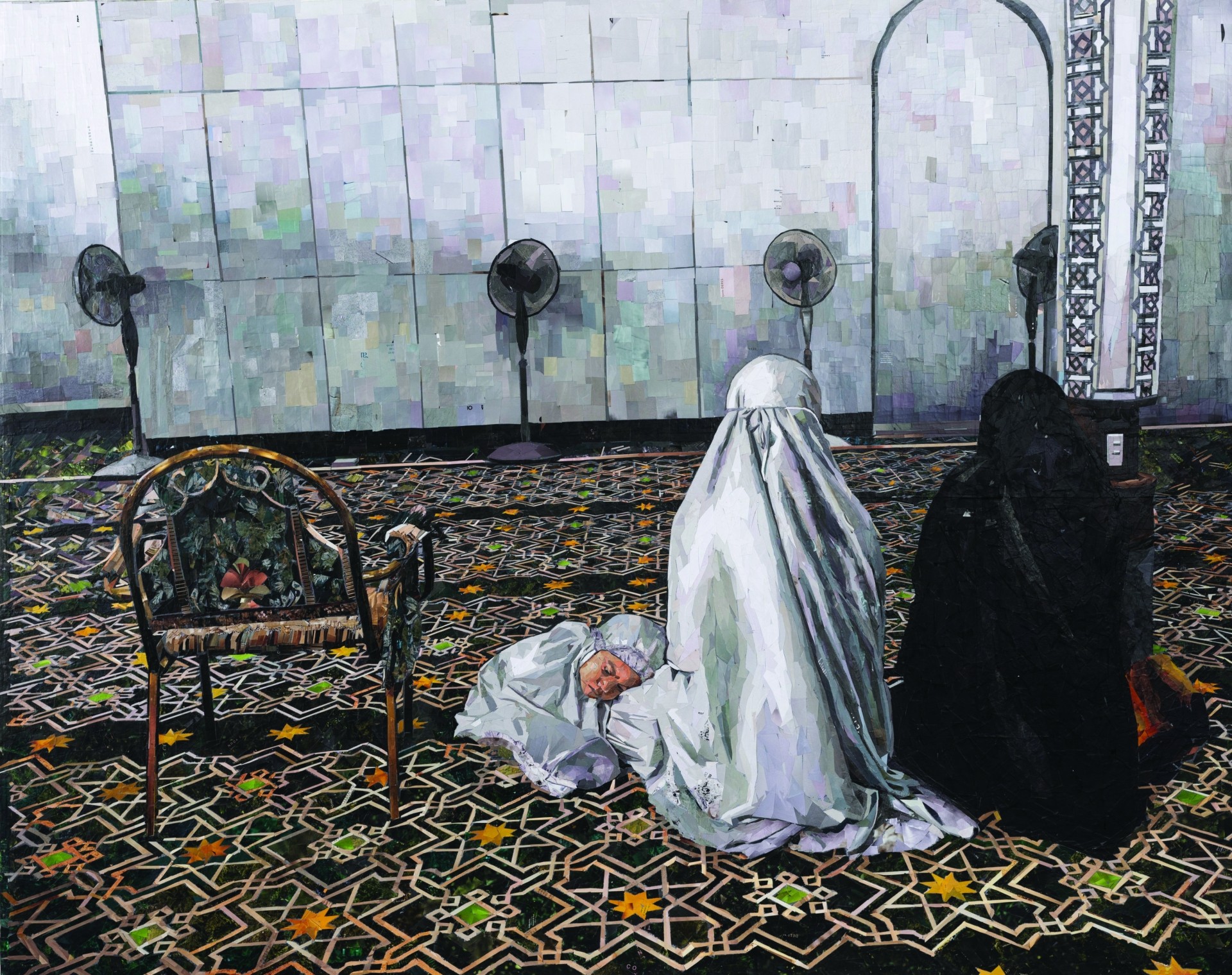 Anisa notes that an exhibition with such a theme is indeed unusual and very interesting. Her collage of the Sultan Salahuddin Abdul Aziz Mosque in Shah Alam, Selangor, is one that is inspired by her visits there during her university days. She recalls that the beauty of the mosque took her breath away, when she went there for the first time.

“It was a place where I found peace and serenity, it reminds me of my art classes at UiTM and the worlds of wisdom from my lecturers, long before I became an artist. In this work, I included my daughter because she is my strength, my inspiration. This artwork means a lot to me, it reminds me that living in this world is temporary and it is our responsibility to find more ways to get closer to Allah and to be prepared for the hereafter.

“It took me a long time to collage, especially the beautifully detailed carpet. But every time I cut and glued each piece of paper, it reminded me of Allah, my mum and dad, my husband and daughter, ” says Anisa.

In this show, there are three women artists – Anisa, Lina Tan and veteran Ilse Noor.

According to Nizam, the artists were given freedom to interpret the exhibition’s brief. 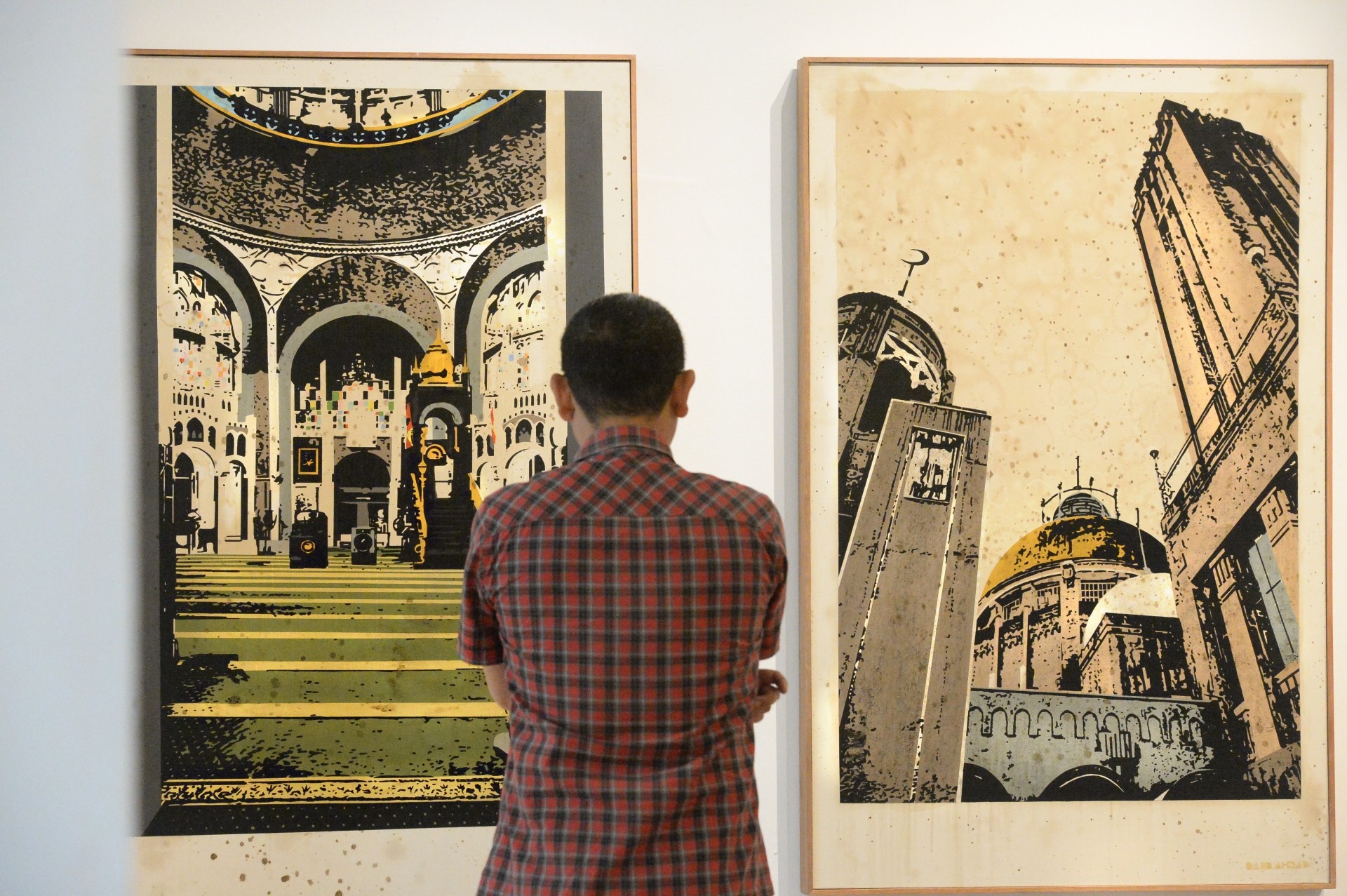 “Whether they wanted to look at the mosque facade, activities around the mosque... anything at all, it was up to them. Mihrab is not a normal or stereotypical ‘masjid show’, and we hope that visitors take away many different perspectives on what a mosque’s significance and meaning to society is, ” he says.

But of course, it would not be a mosque-themed show without your signature mosque images, those postcard-perfect depictions that show the mosque and its architecture in full glory. There is no shortage of that here as well.

“In 1985, I painted a few places of worship to commemorate a tourism event (PATA) held in KL. This watercolour piece on Masjid Jamek is one of the paintings I did. I never sold it so when Mihrab came along, I decided to contribute two paintings: this 1985 Masjid Jamek work, and a new work from this year that depicts the Masjid Datuk Haji Kamaruddin in Petaling Jaya.

"In both, I left the background white because I feel it captures how places of worship are sacred and holy. They speak to me; whenever I see places of worship, I always take a moment to pause and appreciate their design and structure, ” says Long.

Mihrab coincides with the 74th birthday of Sultan of Selangor Sultan Sharafuddin Idris Shah and is the first of a series of annual exhibitions slated in the coming years.

Mihrab is on at White Box, Publika in Kuala Lumpur till Nov 10. Opening hours: 10am to 7pm daily. Free admission. For more information, visit segaris-artcenter.blogspot.com.