A photo taken on August 27, 2019, shows a cajon percussion box as members of the Dustyesky Choir take a break during a rehearsal in Mullumbimby, where a group of men from rural Australia have discovered music, mateship and a dash of international fame through their Russian choir -- despite never living in the country or speaking the language. - The idea of starting a Russian choir in rural Australia began as a vodka-fuelled lark, but five years on a rag-tag bunch of farmers, lawyers and labourers have become unlikely international folk heroes. (Photo by William WEST / AFP) / TO GO WITH AFP STORY AUSTRALIA-RUSSIA-ENTERTAINMENT-MUSIC,FEATURE BY HOLLY ROBERTSON

The idea of starting a Russian choir in rural Australia began as a vodka-fuelled lark, but five years on a rag-tag bunch of farmers, lawyers and labourers have become unlikely international folk heroes.

None of them speaks Russian, only one has ever travelled to Russia, and absolutely no one would mistake their tiny coastal hometown of Mullumbimby for Moscow.

But "Dustyesky" has won over fans from Sydney to Sochi with renditions of traditional Russian folk songs, which they perform at festivals across Australia.

Andrew Swain, a local builder and the choir's director, admitted the all-male group had varying degrees of choral experience.

It ranges, he said, from "the guys who can actually sing" to those who "don't have any idea what they're doing - but they're great company".

"There's no Russian talent, let's be clear about that," he said.

Swain said he offered to set up the 28-strong cult act in 2014 when a friend who runs the town's music festival complained he would love to feature a Russian choir at the event but couldn't afford to fly one in.

"We were drinking vodka and it was late at night, and I said to him, 'mate, we'll just start our own'," he said.

choir members - who will release a 'very best of' album as their debut in November - have also formed a deep appreciation for Russian music. Photo: AFP

"The next morning we woke up and I thought, I don't really know what I've done here, but I've run choirs before and I think we can do this.

"The songs kind of sing themselves," said choir member Chris Mallory. "We learnt the songs phonetically, most of us not really having a clue what we're singing."

The act is somewhat tongue-in-cheek.

Their name, Dustyesky, is a Dostoevsky-inspired merging of "dusty" and "esky" - an Australian brand of insulated coolers often used on construction sites and at barbeques.

And although one member introduces their songs in a fake Russian accent, the choir also has a more serious side.

Dustyesky's members gather faithfully every Tuesday at the local veterans' club to practice.

It is a ritual they agree has closely bonded the men, many of whom didn't know one another before they joined.

And the line-up has remained virtually unchanged since its creation, with so many others keen to join there is now a waiting list of about 100 aspiring members.

Mallory said the group provided an important sense of camaraderie - an element at times lacking in Australia's "blokey" macho culture - describing it as "an amazing part of my life".

"In Australian culture, especially, there's a missing thing of men getting together and singing," he said.

Despite their distinct Australian accents and uneven singing abilities, they have been embraced by audiences at home and abroad.

Expatriate Russians regularly attend their shows and they have been featured by Russian television network Channel One, prompting an outpouring of support from people in the country.

"When we started we didn't realise how much it would resonate with Russian people," said Swain.

"But then we started to do gigs and there would be Russian people in the audience and they would all be singing along with every word with tears streaming down their eyes."

In turn, the choir members - who will release a "very best of" album as their debut in November - have also formed a deep appreciation for Russian music.

"The Russian thing was a bit of a left-of-field concept but as we've learnt more Russian songs we've come to appreciate the depth of feeling and history and passion and power that come through the music of Russia," said Swain.

"It's next-level musicality, and next-level passion and history." - AFP 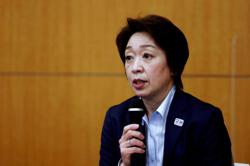