The Islamic Arts Museum Malaysia (IAMM) kicked off its 20th anniversary celebration on Dec 14 with the official launch of its Scholar’s Library.

The event was graced by Prime Minister Tun Dr Mahathir Mohamad, the very man who mooted the idea to build the IAMM back in 1998.

The library, housing more than 20,000 volumes of books and journals, including 3,000 rare out of print books, was established in 2004 with the mission to collect and preserve resources related to the literary heritage of Islamic arts, culture and civilisation.

“Galleries are the face of a museum, visual memory banks that trace the evolution and achievements of a culture or country. The library, on the other hand, is the brain. It provides context to collections. We refer to books and manuscripts when curating exhibitions and developing explanatory panels for exhibits,” says Dr Heba Nayel Barakat, IAMM’s curatorial affairs head.

“Our reference materials – encyclopaedias, collector’s editions, photographs and audio visual materials – are bought from reputable auction houses to ensure their authenticity and chain of custody,” she adds.

The Special Collection section of the library houses rare and limited edition books.

Some of the attractions at the Scholar’s Library, which sits on the second floor of the IAMM, include the Malay Sketches by Sir Frank Swettenham (1913) and Lewis’s Sketches And Drawings Of The Alhambra by John Frederick Lewis (1835).

The oldest books in the collection include Travels Into Dalmatia by Abbe Alberto Fortis (1778), a Venetian writer, naturalist and cartographer, and De Relihione Mohammedica Libri Duo by Adriaan Reland (1717), a noted Dutch Orientalist scholar.

The collections in the Scholar’s Libarary are divided into three main sections. The Open Collections, being the largest one, comprises over 15,000 books and covers a broad range of topics on Islamic art and architecture, history and religion.

The Special Collection, with over 5,000 titles, is only accessible to researchers and comprises rare books, ancient manuscripts, audio-visual documents and oversized books like the L’Art Arabe d’apres les Monuments du Kaire by Prisse d’Avennes (1877) which measures up to 63cm in height.

The Scholar’s Library has on display ancient books such as the 1697 Printed Dictionary On The People Of The Orient and the 1698 Commentary On The Holy Quran.

The Reference Collection holds over 4,000 titles and consists of dictionaries, encyclopaedias, almanacs, atlases, bibliographies and art magazines. This collection is limited to in-library reference.

The Scholar's Library, employing the American Library of Congress’s cataloguing system and Online Public Access Catalogue (OPAC) search engine, is accessible to researchers from anywhere in the world.

Consequently, the library is set to become an important link in the knowledge sharing of Islamic history, arts, culture and civilisations as well as other related disciplines.

IAMM is one of the two flagship projects of the Albukhary Foundation, a private international charity founded by Tan Sri Syed Mokhtar Albukhary, an entrepreneur and philanthropist.

The Scholar’s Library at the Islamic Arts Museum Malaysia in Kuala Lumpur is open Monday to Friday (9.30am-5pm). Closed on weekends and public holidays. Entry by appointment only. For more information, visit www.iamm.org.my. 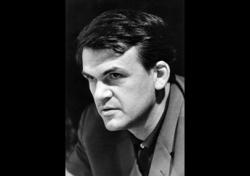 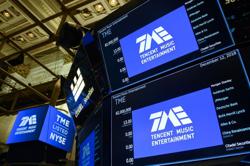 Blockbuster IAMM and British Museum exhibit on Orientalism has been postponed