Project Eve, a devised play, is a mashup of vignettes and monologues derived from the experiences of (L-R) Celine Wan, Anrie Too and Lily Jamaludin. Photo: Theatresauce

A prolific writer haunted by the ghosts of her past, present and future. A lone woman in the entire universe, conversing with her Maker. Three women reminiscing on their bittersweet relationships with their mothers. Two combatants torn between survival and moral responsibility.

This quadruple bill, supported by the Krishen Jit Astro Fund (2017) and Sunway University’s School of Arts, marks the culmination of Theatresauce’s inaugural Emerging Directors Lab (EDL). It features the works of Alex Chua, Esther Liew, Toby Teh and Arief Hamizan.

“The EDL challenged the directors a great deal in terms of the way they worked, looked at things, responded to theatre, and questioned the world we live in,” says Kelvin Wong, Theatresauce’s founder and artistic director, in a recent interview. 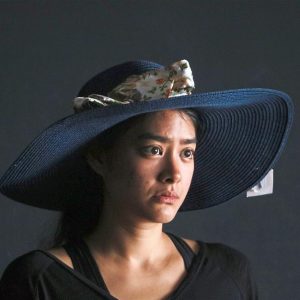 Claudia Low in a scene from the bilingual play Api, Jangan Lupa Api.

“My task was to nudge and prod as opposed to just being prescriptive. Each director had a voice and the EDL encouraged and pushed for that voice,” he adds.

The four directors underwent a theatre training programme in the past year and assisted Wong in some of Theatresauce’s mainstage productions (for the 2017/2018 season) which included Contractions and 4.48 Psychosis.

In many ways, the LESF play sets the stage for the young directors to move ahead.

Api, Jangan Lupa Api, directed by Arief and featuring Claudia Low and Ali Alasri, explores the age-old philosophy of existentialism and a person’s relationship with religion.

This bilingual devised piece puts a twist to the story of Creation. It asks the question: what if humanity is messed up and God decides to restart the universe, only this time with a single woman? 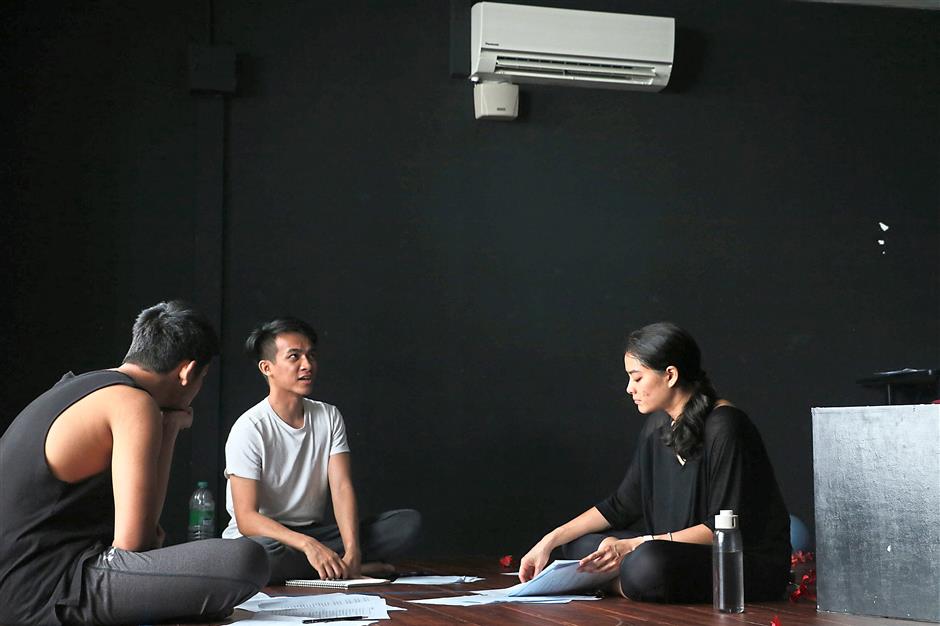 Director Arief Hamizan (centre) working with his cast. His work deals with the tension of male versus female, aural versus physical and hidden versus visible.

Arief, 24, says he was attracted to the “inherent tension which that premise provided”.

“Albert Camus said that the meaning of life is whatever you’re doing that prevents you from killing yourself. Someone else said that love is our greatest distraction from dying. These statements intrigue me and with this play I wanted to confront them in some way,” says Arief.

Another devised piece is Liew’s Project Eve which puts the spotlight on mother-daughter relationships. 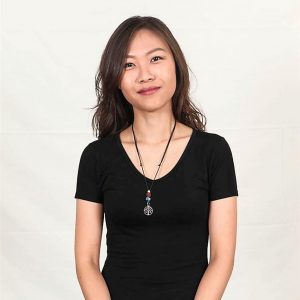 Esther Liew is the director of Project Eve.

Project Eve, featuring Anrie Too, Lily Jamaludin and Celine Wan, is inspired by a mash-up of montages devised from the memories of four women (including Liew) and their relationship with their mothers. “I don’t have the best relationship with my mother and I often wondered why? How did our relationship become this way?” says Liew, 30, a freelance drama facilitator.

“Devising this piece with my actors allowed me to look into three very different daughters and the perspectives on their own relationships with their mothers. It tells of how these relationships evolved over the years,” she adds.

The two other works in the LESF bill are The Light, a psychological thriller written by Canada-based Malaysian playwright Noah Nazim and directed by Alex Chua and Soldiers, written and directed by Toby Teh.

The Light follows the journey of a prolific writer who returns to Kuala Lumpur only to be haunted by odd happenings that force her to look within. On the other hand, Soldiers tracks two combatants who, while on duty, find themselves trapped in a moral dilemma of dealing with a helpless child hostage.