Antigone: A classic play of duty and betrayal gets a contemporary makeover

Part of the cast of Antigone.

What do you do if the ruler or government of your city enacts a law you see as unjust? Do you continue playing the patriot? Or do you rebel, risking everything to support what you believe in? It’s a dilemma almost as old as time.

“The advent of social media has allowed for a lot of public discourse. But it becomes interesting when people don’t agree with each other,” says Wong. “It’s a kind of war online. We’re living in this world, today, where everyone feels the need to get their wisdom across. And the play presents exactly that,” he adds.

Antigone is presented by The Actors Studio Seni Teater Rakyat in collaboration with Theatresauce. 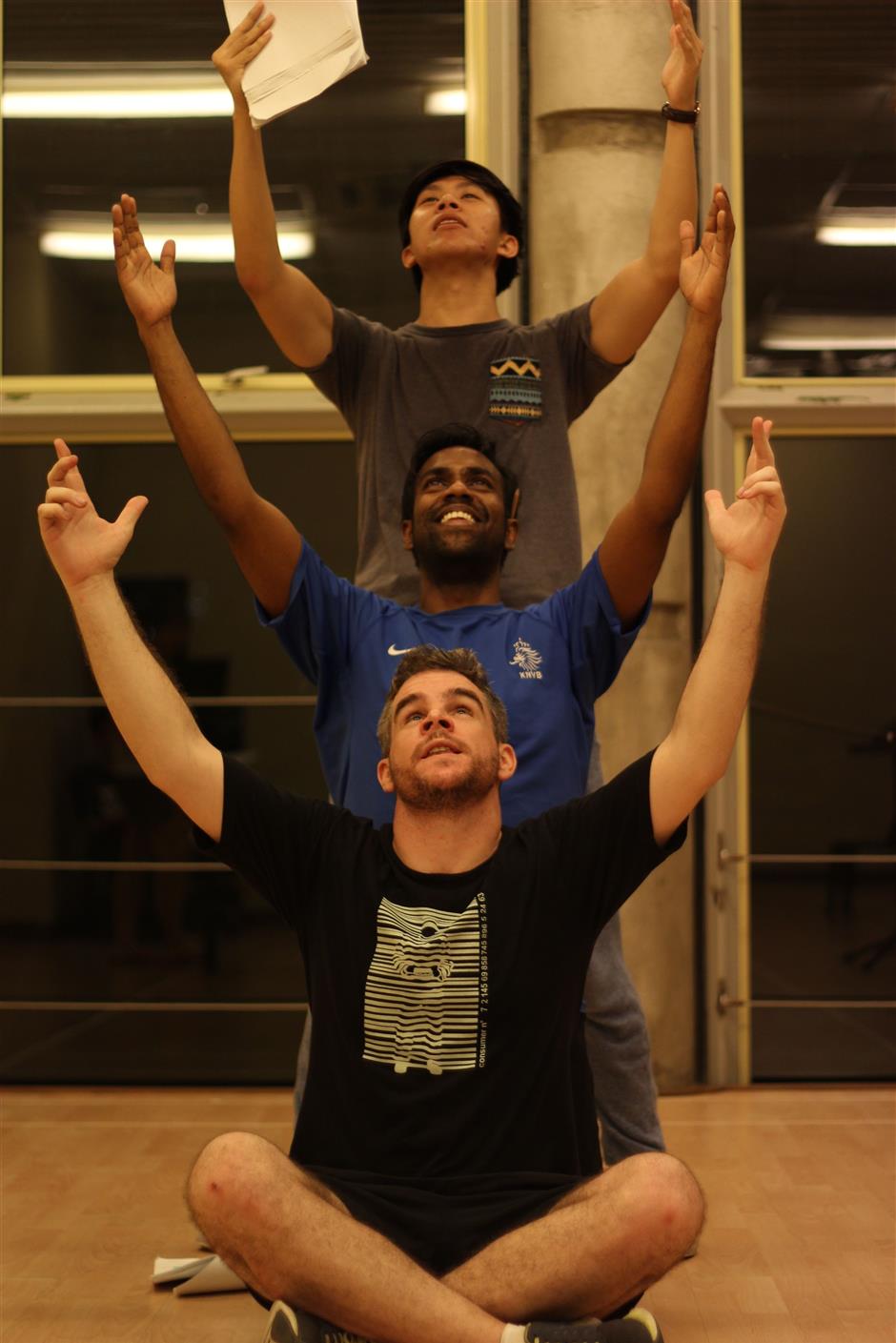 The show marks the first local production by Wong, a former director-in-residence at KLPac, after graduating from DePaul University in Chicago, United States.

The play’s setting takes place in a “sleek world of suits, shades, and glitter”

According to Wong, this involved adding electronic dance music to the play’s traditional chorus scenes: his way of evoking the ritualistic atmosphere of classic Greek theatre.

The play raises many important questions: chiefly, does standing up and fighting for one’s beliefs warrant the label of a traitor? And second, who or what dictates what is right and wrong?

“You have characters like Eurydice, the loyal wife of Kreon (the king of Thebes), who tries to be loyal and supportive. Not much faith is given to her in the public arena. What can she do that is within her control? And you have the Henchmen, who remind me a lot of people on social media. They feel like they should comment on issues, based on what they last read,” says Marina Tan, the play’s dramaturg.

Indeed, many of the characters in Antigone are very vocal about their opinions. For actor Abdul Qahar Aqilah, who plays Kreon, getting to grips with his character’s strong principles was one of the biggest challenges of his role.

“His value system is challenging. But I must, on one level, empathise with what Kreon is struggling to achieve. And so I had to get these ideas of loyalty, the idea of not messing with a system that’s not been broken,” says Qahar.

“By the end of the play, it becomes hard to pinpoint who is right and who is wrong. And that becomes the point of the production, the question we want to ask. You can see it through the design of the show, everything is very monochromatic, lights, stage, costume,” says Wong.

“During the play, you see a lot of grey areas ... because of where this play has to go. And that’s what’s fascinating about it.”

Antigone: A classic play of duty and betrayal gets a contemporary makeover