Art that lays it on the line – quite literally

Objects. Forms. Buildings. Shapes. They all have something in common, something without which they could not possibly exist. Lines.

Simple things play the most integral roles in everything we see in the world today.

Just imagine a world where everything is amorphous.

To offer a perfect study on the significance of lines and the crucial part it plays in the creation of art and well, basically everything else in this world, Taksu KL, a contemporary art gallery, has engaged several local and a pair of foreign artists for its latest exhibition.

Co-curating the exhibition is the gallery’s manager Syukur Ali. 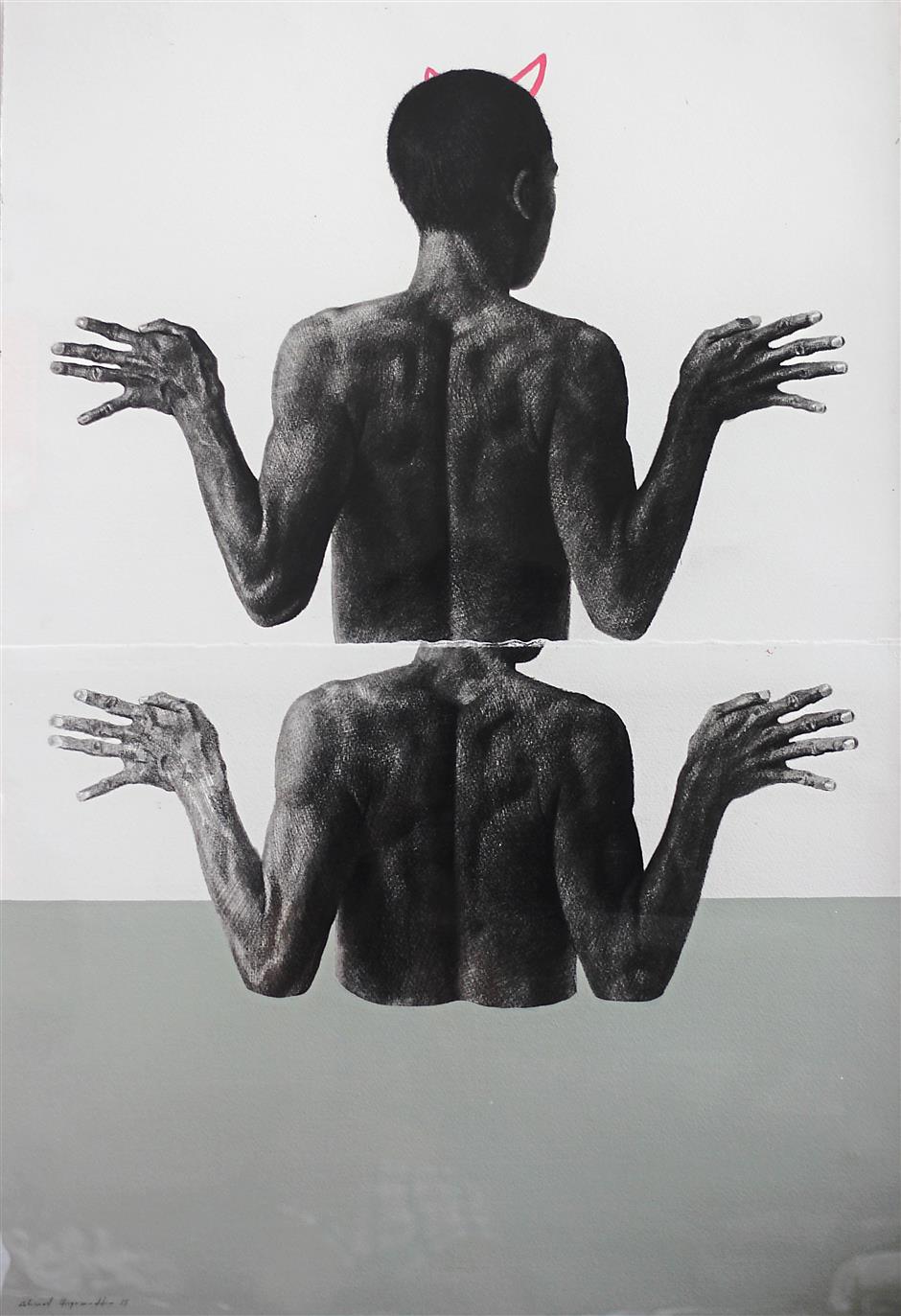 Hisyamuddin Abdullah's Follow My Step (charcoal and acrylic on paper, 2015).

In explaining the curatorial direction, Rini, an artist herself, says the exhibition is a celebration of “the practice of crafting lines and how powerful it is.”

“In any industry that you practise in, all ideas begin in the humble form of a preliminary sketch.

“Only from that can you begin to share your vision with a larger audience, thus giving birth to a larger form of ambition,” she adds.

The artworks are as diverse as the artists themselves, ranging from repetitive patterns and minimalist works to curious self-portraits and dark cartoons.

We have picked three artists whose works are not only inspired but are cheeky with their play on lines.

He returns with another series of artworks inspired by the darker things in life.

Calling it a “research for the perfect subject of expression and exorcism in drawing”, the Perak-born artist says he was inspired by the 2014 horror film The Taking of Deborah Logan and Isobelle Pascha, collectible female figurines by 3A.

“My message will be – the dark force awakens,” says the Ipoh-born artist/lecturer.

A drawing of his depicts one of the most iconic scenes from the horror film where a demon-possessed woman swallows the head of a young girl, whole.

In his version, the creature, a fine charcoal sketch, is seen swallowing the head of an Isobelle Pascha figurine.

The figurine, with turquoise hair and dress, sheds a tear while another turns away, eyes closed, as if unbothered by the horror. The scene is rather disturbing, frightening even to see a person turning away from a terrible assault.

The apathy is troubling and just goes to show that each of us is capable of casting a blind eye. 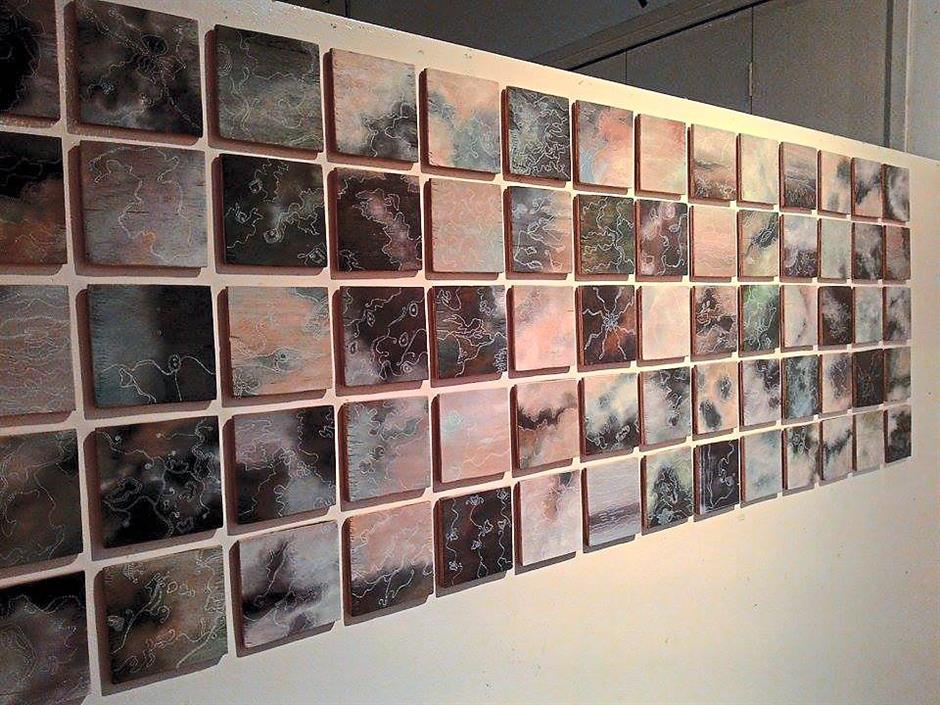 Lau says her works embrace the “essence of living” as she attempts to portray the beauty of imperfection and impermanence of life, which were inspired by nature, and accepting things as they come.

One of her works, a curious piece called Trace Of Life III, is simply rice paper peppered with burnt marks.

This, says Lau, represent the holes one finds on leaves bitten by worms.

Using a combination of epoxy resin, graphite and acrylic paint on archival tempered wood panel, the artist’s series of artworks does not only play with the notion of lines, but also explores the possibilities of mixed media.

The Malaysian-born, US-based artist has carved a niche for herself in the world of mixed media.

The artwork, each solid colour panel, shows what looks like dripping water beads. These are, in fact, cured resin made to resemble water droplets.

“The work deals with the elements of repetition and reductive abstraction. When viewers move from one side to another of the artwork, they will see a sequence of moving lights and the ever-changing images project into and reflect out of the work,” points out Sand.

Art that lays it on the line – quite literally