Twice the excitement : In keeping with its special tradition, Galaxie features a double keepsake cover for The Twilight Saga: Breaking Dawn - Part 2. The regular cover features Kristen Stewart and Robert Pattinson, while the second virtual cover of Taylor Lautner, is available via isnap.

Get your fill of the final instalment of The Twilight Saga and more.

HAVING enjoyed phenomenal success, The Twilight Saga takes a bow with its final instalment Breaking Dawn – Part 2, which will hit Malaysian cinemas on Thursday, but it is not going out quietly.

The first film may have been a sleeper hit, but Breaking Dawn – Part 2 is set to be the biggest of the lot yet! The all-consuming finale, with its climactic action-filled battle scenes, vampire love child, new characters and plot twists will be unforgettable.

At the film’s premiere at Nokia Theatre in Los Angeles, California, hundreds of shrieking fans greeted the stars, Kristen Stewart, Robert Pattinson and Taylor Lautner, as they made their way to the 7,000-seat venue to bid farewell to the end of a supernatural era. According to reports, fans were still cheering as the credits rolled.

To commemorate the magnitude of the film, the Nov 16 issue of Galaxie has devoted six picture-filled pages on the movie that has compelled millions to the silver screen.

Breaking Dawn – Part 1, which was released last November, grossed an estimated US$701mil (RM2.1bil) worldwide, making it the highest grossing film amongst all four movies from The Twilight Saga franchise. But the final film might just surpass that mark as it was reported that advance tickets to the show raked in a total of US$1.17mil (RM3.51mil) on its first day on sale!

With all the hype surrounding Breaking Dawn – Part 2 and the excitement that has been building up, it is no wonder that Fandango named it the “most anticipated film”. For once, the accolades are well deserved and the numbers support it.

In its current issue, Galaxie explores why cinemagoers are flocking to watch the conclusion to the series. Besides the highly anticipated battle scene that brings action to the romance element of the film, there is also the introduction of 12-year-old Mackenzie Foy who plays Renesmee, the hybrid child of Edward Cullen (Pattinson) and Bella Swan (Stewart), that has heightened the audience’s anticipation.

Galaxie also features interviews with Booboo Stewart and some of the cast members who share their experience of being part of The Twilight Saga legacy.

To top off the fanfare of Breaking Dawn – Part 2, Galaxie, which has in the past produced keepsake covers like the double cover for New Moon featuring Pattinson and Lautner, is sticking to its tradition of releasing special cover features. This time, however, Galaxie goes “Augmented Reality” with its iSnap capabilities.

This enhanced feature, which is Android smartphone and iPhone compatible, allows users to gain access to additional content. In this case, it reveals the second cover which features Lautner. Other pages too have been made iSnap-able, so do check out the iSnap me icon and have fun with this spiffy new feature.

Galaxie, which is owned by Star Publications (M) Bhd and voted Entertainment Magazine Of The Year for two consecutive years, also has a presence online at galaxieblog.com.my. For updates on the magazine and the entertainment world, follow Galaxie on Twitter (@galaxiemag) and visit its Facebook page (facebook.com/GalaxieMagazine). 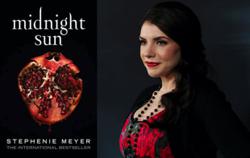