Tan Yong Him did not invent that uniquely spiced dish called Sarawak laksa – there is probably no single person who can claim credit for that. But, just as Henry Ford did for the motorcar, Tan made it popular and available throughout the state and beyond.

And for that, countless Sarawakians living abroad give copious thanks – because this is more than just a delicious dish that reminds one of home. It is the taste that binds the true Sarawakian not only to his homeland but also to fellow expatriates in the same foreign localities.

In Los Angeles, as in Kuala Lumpur or Melbourne, Calgary or Glasgow, or any other modern metropolis, Sarawakians will gather in numbers whenever “their” laksa is on the menu.

Typically, someone has either just returned from a trip home, or a visitor from home has arrived, bearing the precious paste that is central to making the gravy. A date is set, phone calls are made and, at the appointed time and date, all invited show up, on time or early, and suitably hungry.

Laksa is served up, steaming hot and spicy. A good time is had by all, and everyone agrees how long it’s been, how good it is to catch up with everyone else, and how they must all do it again soon.

But everyone knows that such good intentions are seldom realised because everyone is busy with his or her own life. Until, that is, the next shipment of laksa paste arrives. And for that shipment, they have mostly Tan’s elder son, Barrett Tan Boon Tiang, to thank.

Barrett is one savvy entrepreneur who uses the Internet (laksasarawak.com) and efficient courier services to satisfy these faraway cravings.

The global business had humble beginnings, though, in a family recipe developed by the patriarch Tan that has been jealously guarded through decades.

To understand just how precious this formula is, one has to realise that, before the former fruit peddler and school canteen operator started producing the paste and marketing it under the Swallow brand, laksa was available only from Sarawak coffee shops, each of which prepared its own gravy with its own formula.

Old timers recall that people did not eat out much in the lean years following World War II so first memories of eating laksa at a coffee shop were set in the late 1950s.

As the state’s economy prospered and people began eating out, several outlets became well known for their own particular styles, including Ming Heng in Carpenter Street and the Tiger Garden stall.

Tan started experimenting with his own concoction of herbs and spices in the early 1960s, recalls his third son Boon Kiat, who now runs the family business.

“He would put together various combinations of herbs and spices and try them out on the family ? a bit more of this, a bit less of that, fry this first, or roast that longer, until he got the right taste,” he relates.

The first customers of what would eventually become the iconic Swallow brand were the pupils who ate in the canteen of St Joseph’s Primary School Kuching, which was the first educational stepping stone for many who would go on to distinguished careers throughout the town (now city), the state, country and around the world.

“When my father first began packaging the laksa paste, he tried to persuade sundry shops to sell it, but it was very difficult,” Boon Kiat recalls. “Shopkeepers were sceptical, they asked ‘who wants to go to all the trouble to cook laksa themselves when they can eat at the stalls?’”

But with growing prosperity in the 1970s, demand picked up and laksa paste soon became one of the most common items in the luggage of students leaving for studies overseas.

Look for the bird

Barrett returned from a stint working as an aircraft technician in Kuala Lumpur to join the family business at the end of the 1980s.

After Tan died in 1993, and following a difference in opinion between the brothers about the future direction of the business, Barrett struck out on his own and, with his wife Stefania, came out with his own brand of laksa, Barrett’s.

While Boon Kiat was comfortable supplying his Swallow brand paste to traditional customers loyal to the brand, Barrett sought to exploit the possibilities offered by modern marketing tools such as the Internet.

“I have looked into exporting,” Boon Kiat says, “but when I talked to one hotel in PJ (Petaling Jaya, Selangor), they wanted a commitment to supply so much that we simply could not cope.”

Competition wasn’t just limited to the Tans, though. Other entrepreneurs jumped on the laksa bandwagon, but, indirectly, all of the latecomers paid tribute to the original.

Ask for “bird brand laksa paste” in any shop in Sarawak these days and you could end up with Parrot, or Eagle or even Double Swallow.

Even Barrett, who can claim at least to have his father’s original formula, chose a bantam rooster for his brand.

“I was born in the year of the Rooster,” he explains.

What the fuss is about all

Just what is this unique concoction that is so effective in getting faraway Sarawakians to converge in one place?

It’s a mixture of shallots, lemon grass, galingal, garlic, coriander seeds, dried chilli and about 20 other herbs and spices that are a secret jealously guarded by its makers.

According to Boon Kiat, most of the spices are imported from Egypt while some come from Iran; crinkled dried chilli comes from China and the shallots from India.

“This may come as a surprise to many people since it’s so closely associated with Sarawak but nearly 90% of the ingredients have to be imported,” he says.

“I worry whenever there is trouble in the Middle East on the news because my supply of spices may be interrupted, and prices usually go up,” he adds.

But the real secret is not so much what the ingredients are as how much of each item is combined and then ground or roasted, separately or together, and for how long.

Under the heading All For the Love of Laksa, expatriate Mike Reed (www. sarawak.com.my/travel_features /guide/laksa.html) waxes lyrical over “one of the world’s finest breakfast dishes”.

He writes: “There are some food experiences in this world that should only really be enjoyed in their place of origin. If they were to be prepared for you anywhere else they would lose that marvellous sense of place that they evoke so well. They belong in that place, they taste best in that place, and they should be eaten only in that place.

“Sarawak laksa is a cardiologist’s nightmare of a breakfast. More cholesterol than you can shake a stick at, swimming in a delicious thick soup whose primary ingredient is santan (coconut milk), one of the richest vegetable sources of saturated fat.

“It’s also one of the most sublime breakfasts known to man.”

This Mat Salleh is, in this writer’s opinion, given to slight exaggeration but, overall, he’s gotten it spot on.

Purists might agree that this is a dish that “should be eaten only in that place” but homesick Sarawakians abroad are desperate enough for their unique taste of home to ignore this exhortation.

That they have the choice to do so is all thanks to the Henry Fords of the laksa world, the Tan family.

It says: “Laksa (pinyin: lèsha) is a popular spicy noodle soup from Peranakan culture, which is a merger of Chinese and Malay elements found in Malaysia and Singapore.

The name may originate from the Sanskrit word laksha, meaning “many” and referring to the soup’s many ingredients; the word is also the origin of the Hindi term lakh (a unit in the Indian numbering system).

Usually, thick rice noodles are preferred, although thin rice vermicelli, also known as beehoon, and any other type of noodles can be used.”

According to wikipedia’s definition, Sarawak laksa is closer to the curry than the assam variety but Sarawakians will loudly protest that their beloved laksa is NOT curry laksa. Within the state, it’s just plain laksa and beyond, it’s Sarawak laksa. And that’s that.

Related Stories:Cooking it right Cravings around the world 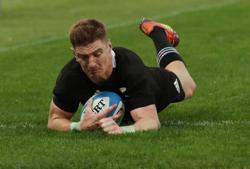 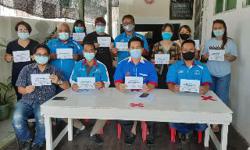