The ultimate in portable 3D printing, this fan-cooled pen allows users to ‘sculpt’ in coloured ink, meaning that sketching doesn’t have to be confined to two dimensions.

EVERY decade brings many changes around the world, new advances and different inventions being created every day.

The decade that started off in 2010 may be seen as a watershed for social interaction and modern conveniences.

Over these 10 years, Malaysia too has progressed along in the various aspects that have transformed the dynamics of society globally and the way things work today.

One such aspect is new laws being passed to help improve the quality of living in the country, such as the smoking ban in all eateries as of 2018.

This ban was introduced and took effect in 2019 to ensure the public’s health is prioritised and to reduce the number of victims of secondhand smoke.

Not only has a ban on smoking been passed but also a historic move to lower the voting age in Malaysia from 21 to 18 in July of 2019 under Article 47 of the Constitution Amendment Bill 2019.

This Bill was passed to increase the number of voters in upcoming elections and to allow for opinions from the younger demographic to be heard in terms of choosing their Government.

Another important development was the introduction of mobile applications for all kinds of services. A significant one is e-hailing services which have made an impact on public transportation.

Ride-hailing services such as Grab and SoCar have given Malaysians more mobility.

With just a few swipes on a mobile phone, the user can book a car and track the driver’s journey up to the point where they are picked up.

Likewise, the driver can locate their passenger via GPS and be sure they will not be ghosted!

E-hailing also changed the way fares were charged, based on supply and demand.

More than just a simple way to travel, these companies have provided jobs or extra income for those who need it.

Some e-hailing services also deliver food and other goods, all arranged through apps.

Another upshot of this is a new branch of the economy known as gig economy.

Malaysia’s tourism sector expanded with the introduction of state-of-the-art theme parks such as Skytropolis Indoor Theme Park in Genting Highlands launched in 2018 and Legoland Malaysia in Johor that was established in 2012.

These parks have greatly increased growth in the tourism industry, drawing visitors from all over the country and the world.

An average of 60 million tourists, 7.8 million of whom are domestic, visit Legoland in a year, while Skytropolis saw 130,000 visitors on the first day of Chinese New Year this year and it was expecting a 50% increase in 2020.

Other than advancements in law, transportation and recreational entertainment, the country has undergone a major change in its politics in 2018.

Ever since Independence, Barisan Nasional had governed the country and continued to do so for 60 years. A few generations of Malaysians had grown up under its administration.

That all changed last year when the Pakatan Harapan, the opposition political coalition, was voted into Government by the people in the 14th General Election.

In the last decade, Malaysia isn’t the only country that has advanced. Internationally there have been new inventions from all parts of the world.

Facebook was suddenly faced with a new rival and given a run for its money by a new kid on the social media block.

The app that captured a huge following the instant it debuted at the turn of the decade was Instagram.

Based in San Francisco and created in 2010, this app allows its users to capture everyday moments and it connects individuals from all corners of the globe with just a click.

With one billion monthly active users as of 2019, Instagram has catapulted itself to become one of the top online social networking platforms.

It also became a choice avenue for Hollywood celebrities, international artists and popular musicians to interact with and keep their fans informed of happenings in their lives.

Currently, Portuguese footballer Cristiano Ronaldo has the most number of followers at 194,000,000.

Technology also gifted the world with a self-balancing scooter --- more commonly known as hoverboard --- that is a personal transport mode invented in 2013.

It garnered attention from mainly young children and teenagers as it was advertised as a cool way to move around.

The hoverboard encouraged people, especially children to go outside instead of being cooped up indoors and it runs on battery, so it was easy to use.

Another invention that had gained attention from a young audience is the 3D pen, which was created in 2012, called 3Doodler.

This pen allows free-hand creation of three-dimensional objects through the tip of an electronic pen.

It is great for beautifying objects and creating designs in 3D form.

The 3Doodler enables the creator to use these 3D designs as decorations around their home and to be sold to others.

Other than the inventions of apps and new tools, this 2010s decade has brought us even more talent competitions that have been a platform for breakout artistes.

The Voice is one such show that has had a history of providing exposure for talented and undiscovered singers of all ages.

It was first introduced in the Netherlands and has branched out to other countries as well as for several categories such as The Voice Kids, The Voice Teens and The Voice Seniors.

The show gained popularity from its set-up of a blind audition and the judges would turn around if they liked the singing.

This show plays an instrumental role in giving support to talented people by helping them further their passion in singing and songwriting.

As of 2019, The Voice franchise has been adapted in 145 countries across the world.

In 2011, the world gained a new country, South Sudan, located in East-Central Africa.

It gained its independence from the Republic of Sudan.

The country has a population of about 11 million as of 2019 and its capital is a city called Juba.

In these past 10 years, there have been new words added to the Oxford English dictionary.

Possibly the most used word of the decade, “selfie” was added in 2013. The word refers to a self-portrait digital photograph. In 2016, “YOLO” which is an acronym for “you only live once” was accepted into the Oxford dictionary.

As of June 2019, more than 1,400 new words and sub-entries have been included in the Oxford English Dictionary.

Overall, this past decade has been full of advancements in all areas.

With new inventions, buildings, occupations, competitions and digital platforms, we can all definitely expect more progressive years ahead.

As 2020 dawns upon us, we look forward to more developments that are game-changers and will continue transforming our lives for the better. 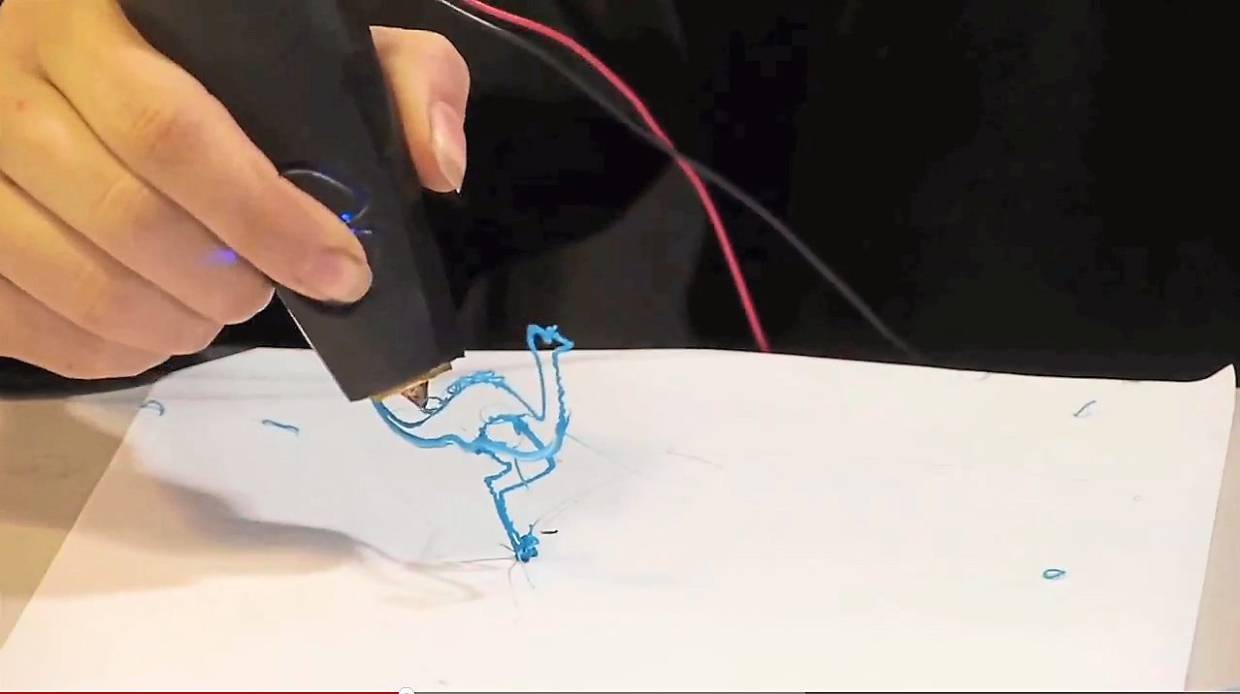 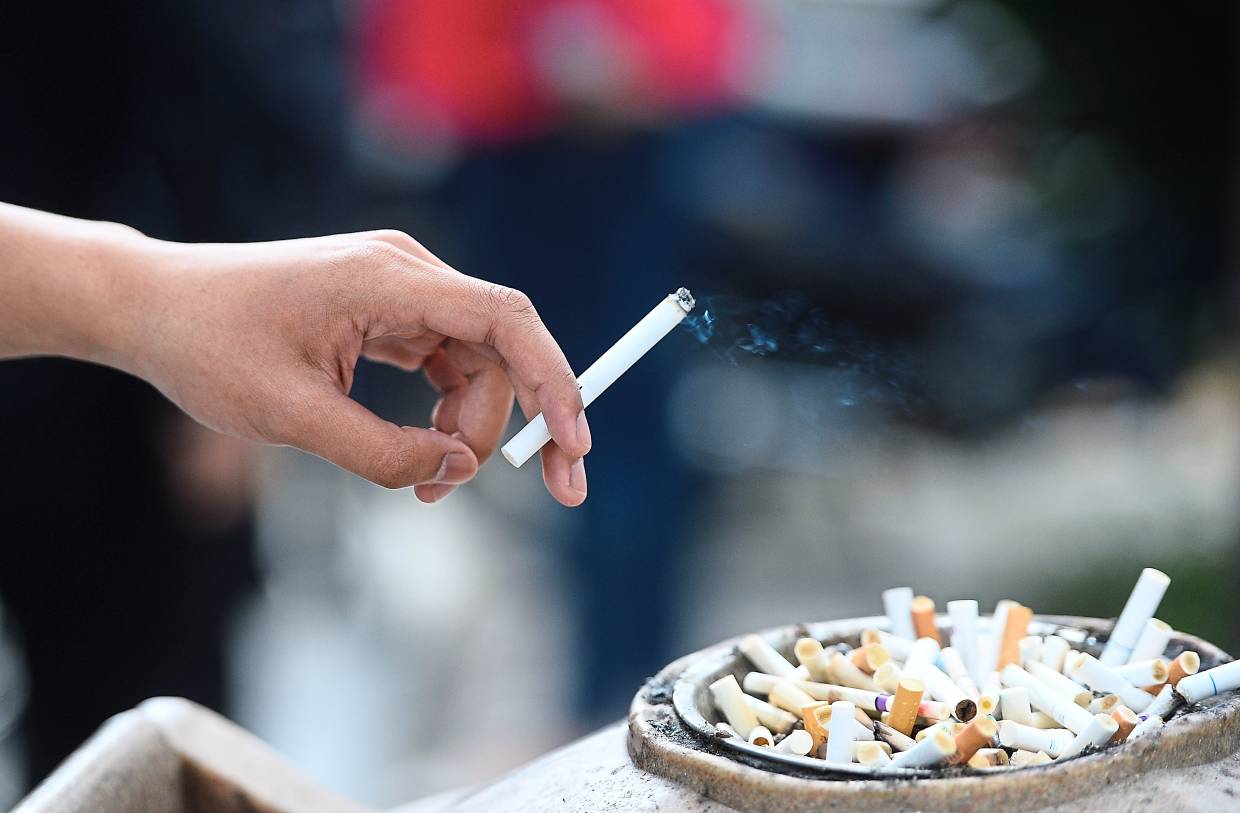 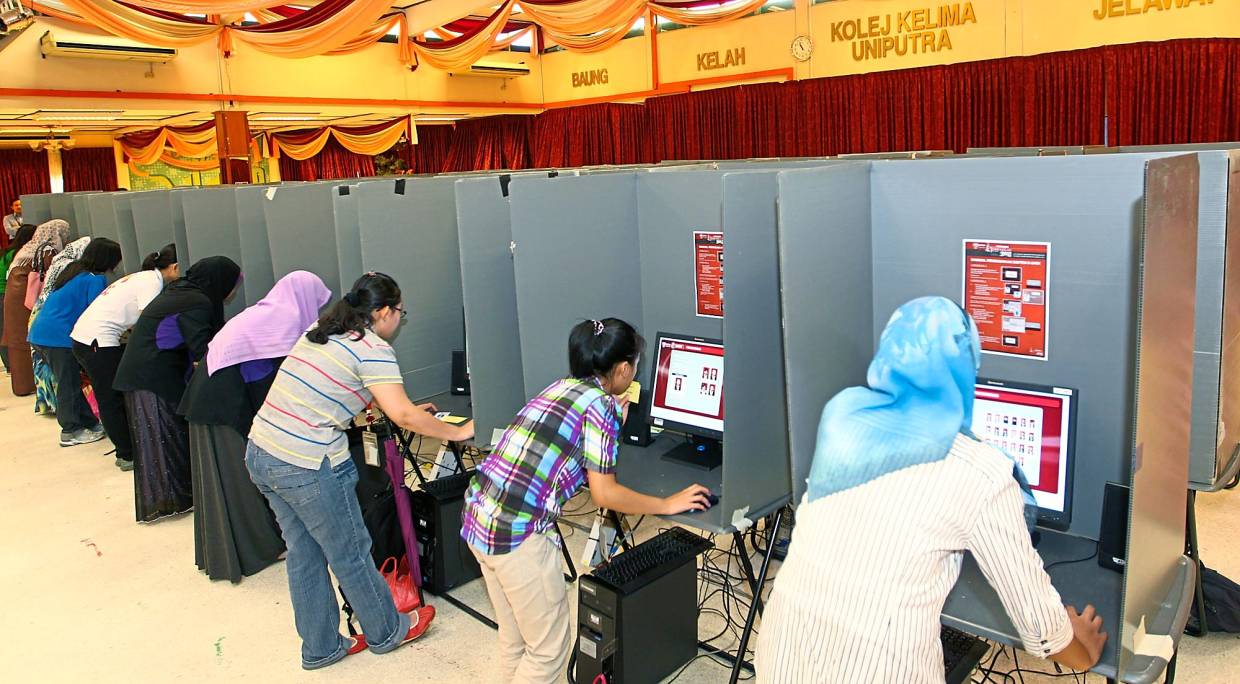 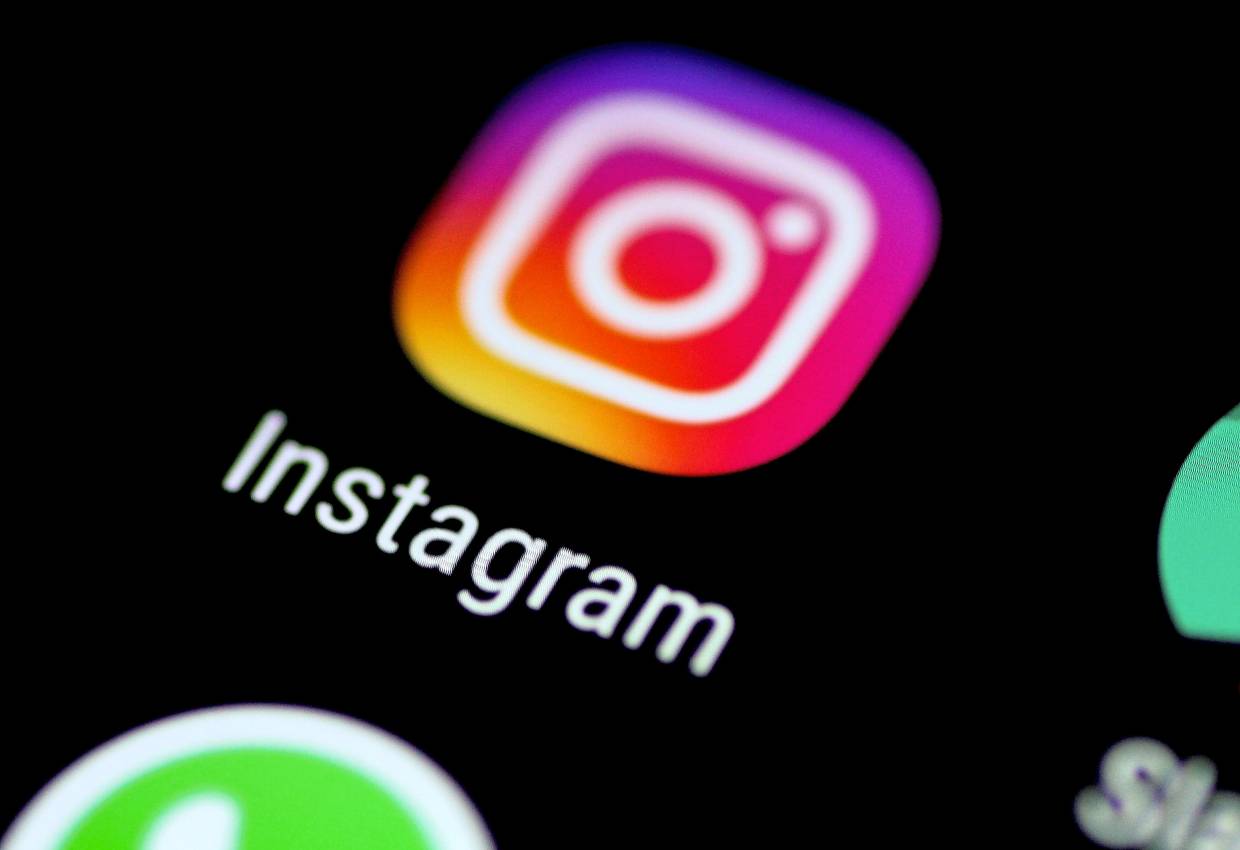 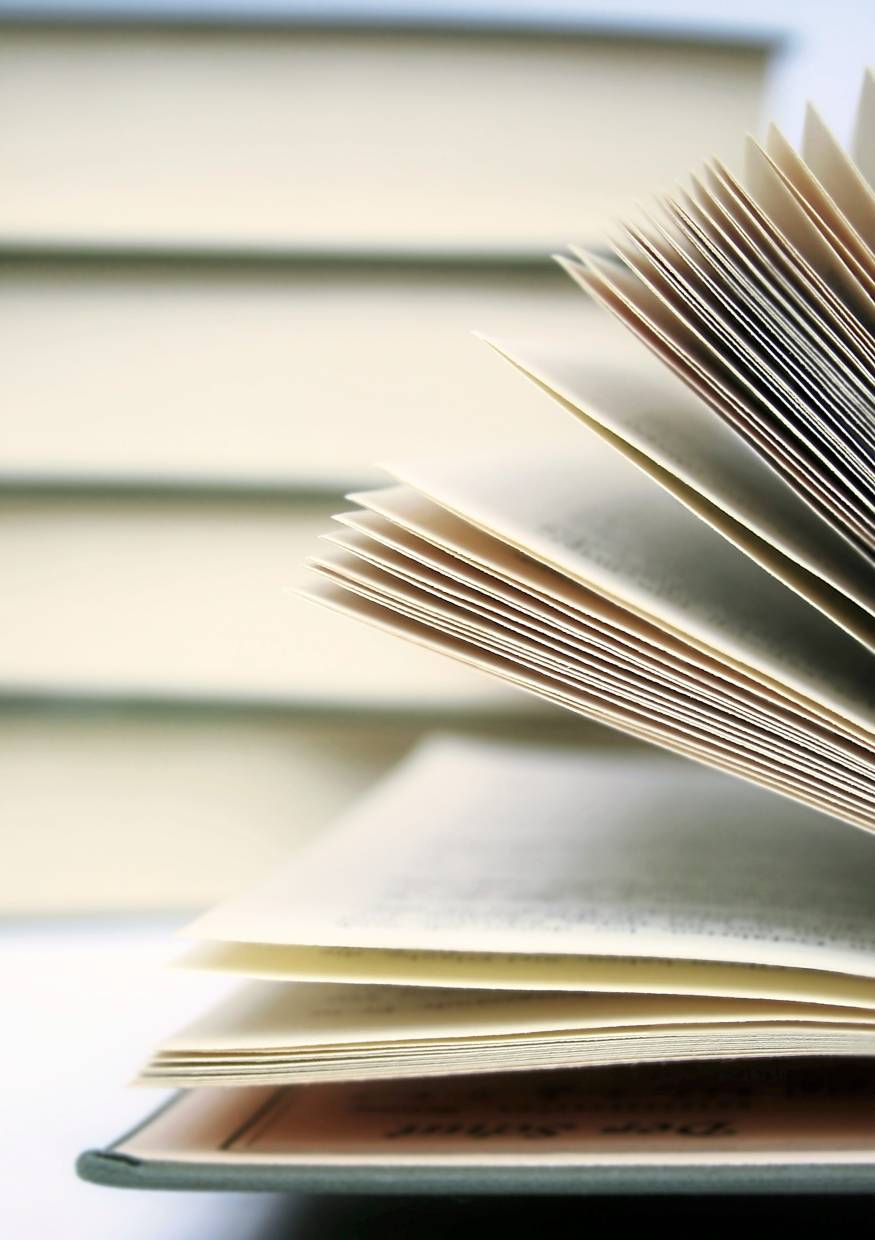 The ultimate in portable 3D printing, this fan-cooled pen allows users to ‘sculpt’ in coloured ink, meaning that sketching doesn’t have to be confined to two dimensions.

Malaysians woke up to a smoking ban at eateries on Jan 1,2019.

Universiti Putra Malaysia students casting their votes electronically during a campus elections. Undergraduates 18 to 20 years old will be eligible to vote in the country’s next elections.

Instagram has one billion monthly active users as of 2019. — Reuters

The hoverboard runs on battery and is another personal transport mode. — AP