Ordering in: Whipping up a sourdough bread storm The sourdough foccacia tastes as good as it looks. — Photos: Baking with Vin Teng

At the start of the Covid-19 pandemic, Ng Vin Teng was a product manager in a tech company. Like many other Malaysians stuck at home during the interminable lockdowns, she had to find something to keep herself occupied.

So Ng turned to baking – with a vengeance. She soon discovered that the therapeutic qualities of kneading dough soothed her and so she kept going.

Upon her sister’s instigation, she decided to attempt to bake something more challenging, in the form of sourdough bread (bread made using wild yeast, in which bacteria grows alongside the yeast, thus invoking that signature sour-ish taste). But the journey to making good sourdough bread wasn’t easy by any stretch of the imagination, and Ng discovered this through lots and lots of trial-and-error.

“My sister told me to do something more challenging like making a sourdough bread, which needs a lot of patience. I failed a couple of times in making the starter and when I finally got it right, it took about 21 days for the starter to mature – this was around July 2021. 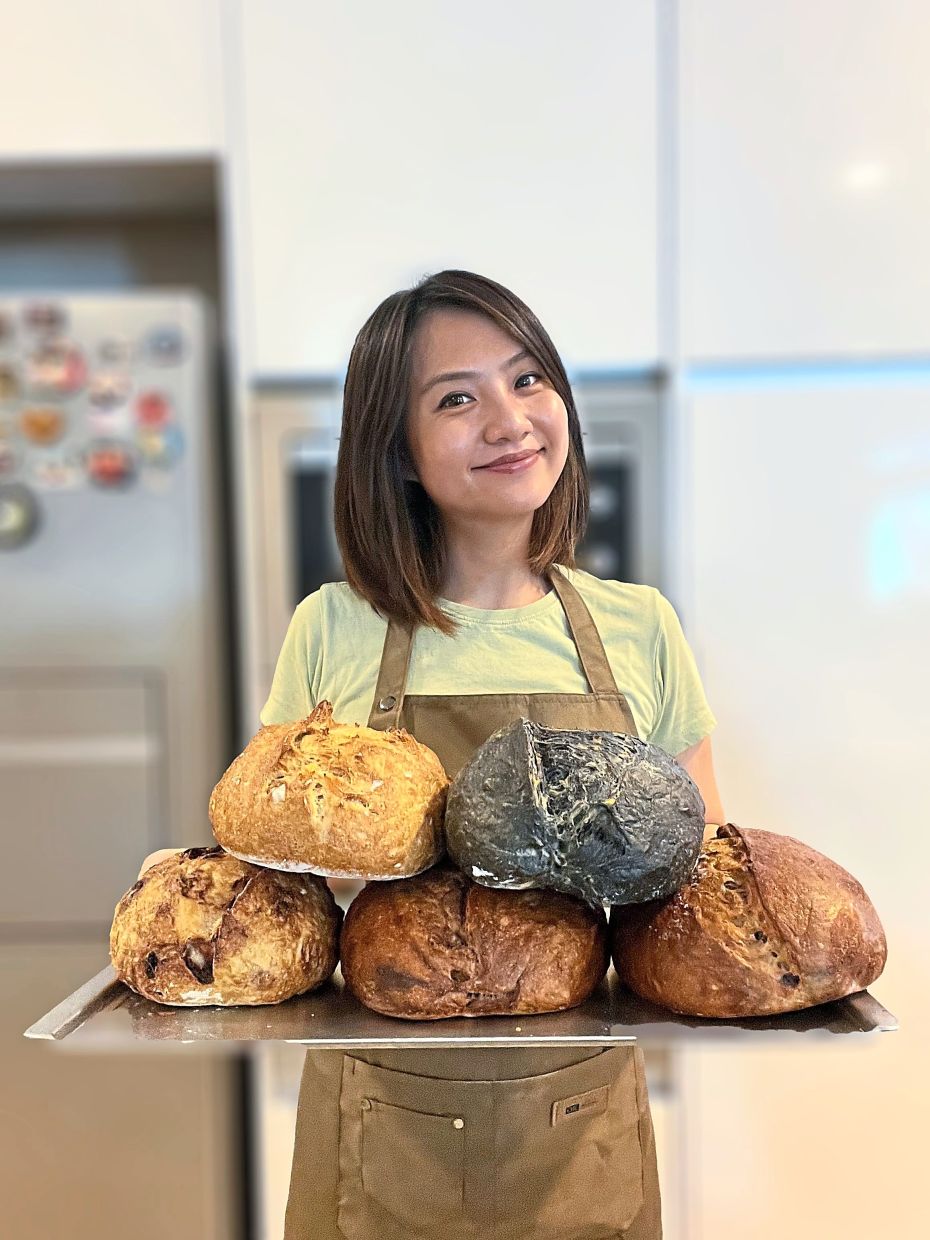 Ng has been inundated with orders since she started her business and typically bakes 25 loaves of bread a day these days.

“I then tried making my very first sourdough, and failed miserably. My dough was wet, soft and couldn’t even stay in shape. At that time, I was so frustrated, I wanted to just stick to normal yeast bread but every morning I woke up, I was like, ‘I’m gonna try again until I get it’. Finally on my fourth attempt, I got it,” says Ng.

As Ng lived in Klang, Selangor at the time, a friend suggested she start selling her homemade bread as there were few sourdough providers in the area. So Ng posted on her neighbourhood group chat one night and the next morning, she was so inundated with orders, she was worried she wouldn’t be able to cope!

“Sourdough is not really a Klang thing, but everyone has been trying to get healthier during the pandemic, so I was flooded with orders,” she recalls.

By then, Ng had quit her job and decided to start her home-based business Baking with Vin Teng in earnest. She says there was a lot of negativity surrounding her decision but with the encouragement of her then boyfriend, now husband, she kept going.

“I remember when I first started my little business, people were telling me that I was wasting my time as I couldn’t have a stable income, so all that negativity was very discouraging. My boyfriend back then was the one who was encouraging and supporting me from the beginning and that made me think that chasing my dream is not impossible,” she says.

Although Ng is now married and has moved away from Klang, she maintains a central kitchen in Klang to cater to her core customer base and travels back and forth every day. She still works alone and now bakes up to 25 loaves of bread a day and is often booked out weeks in advance.

Ng says although making sourdough bread is tiring (she wakes up at 5am every day to feed her starter!), she is very particular about making bread the proper way.

“I only take pre-orders (at least two days in advance) as one dough needs to go through fermentation in the fridge for at least 16 hours to bring out the best flavour. What makes my sourdough different? I guess every single dough is hand-crafted and my customers tell me that I use a generous amount of ingredients (for flavoured breads) and the sourness levels really cater to the Malaysian palate,” she says.

Ng is generous with her ingredients, so sweet breads like this one are filled to the brim with cranberries and walnuts.

Ng has also gone the extra mile to target the variable nature of local predilections and now has three different starters that afford different flavour profiles.

“I have three starters – the first is white, which encompasses only white flour, this gives a more sweet flavour. I also have another starter, which is 10% rye flour and 90% white flour, this one is slightly sour but still sweet and my final starter is 100% rye – that is nutty and very sour,” explains Ng.

To test out Ng’s breads, try the Country Sourdough (RM16). Here, you will discover bread that is fluffy and oh-so soft with a rugged, harder crust adorning the edges of this doughy goodness. The bread has a light sourness, not overly prominent but enough to satisfy those who like true sourdough without putting off people who aren’t used to overtly sour nuances in their bread. All in all, this is a good introduction to sourdough for neophytes to the bread.

Up next, definitely indulge in the Garlic Rosemary (RM22). Here, you will discover light, slightly chewy bread studded with garlic in every available nook, cranny and crevice. It’s the sort of bread guaranteed to keep Dracula away, but one that also ultimately delivers flavour in spades.

The Cranberry Walnut (RM25) as its name suggests, features cranberry and walnuts in starring roles in what proves to be a sweet-savoury experience that straddles the divide with aplomb. The bread itself is excellent and proves to be a tender, malleable receptacle that is a perfect fit for the cranberries and walnuts in this installation.

For something a little different, have a go at the Sourdough Foccacia (RM25). Developed in response to customer demand, this tomato-laced baked treat is soft and slightly dense with sour undertones scattered throughout. It’s the ideal all-in-one breakfast treat or afternoon delight and is sure to find fans in many a bread lover. 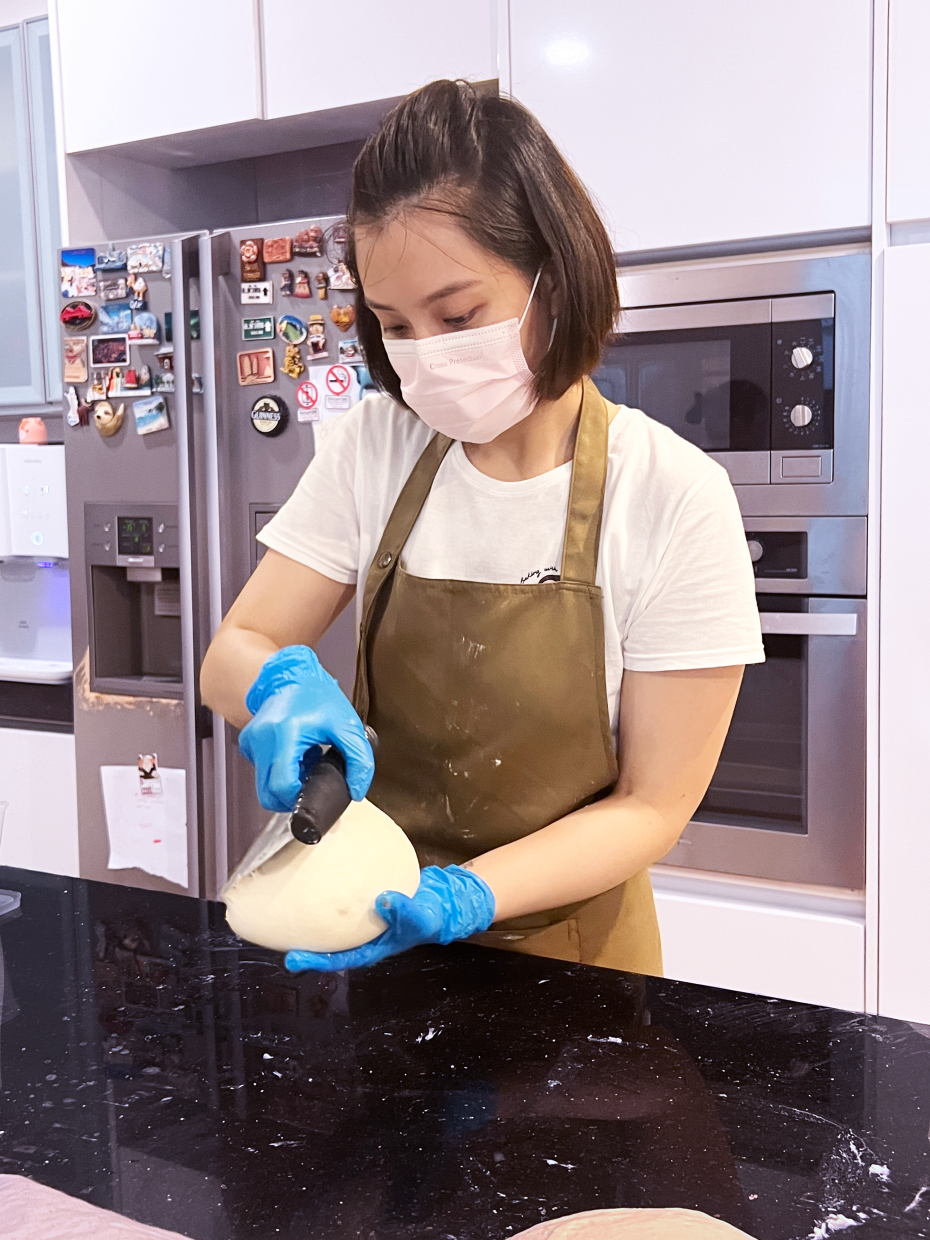 Ng wakes up at 5am every day to feed her starters!

Every three months, Ng typically spends two weeks researching new flavours and recipes and says demand has been so good that she is contemplating expanding.

“My sister is trained in patisserie, so she and I plan to work together eventually, so I won’t need to hire anyone else, because there are a lot of things she can help me with. In the long run, I also hope to supply my breads to cafes,” she says. 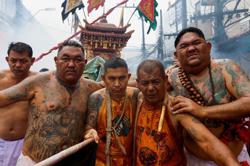 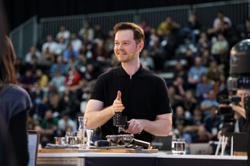