FOND favourite to many, young and old, onde-onde is a sweet snack made of glutinous rice flour filled with molten palm sugar and rolled in shredded coconut. It is commonly sold as a street food in Malaysia, Singapore and Brunei. It is known as klepon in Indonesia.

The only difference is in the use of the different palm sugars, depending on regional products of gula jawa, gula melaka, gula apong and gula aren.

However, true onde-onde aficionados will swear by gula melaka.

Make sure that you buy very best quality of gula melaka. Handmade gula melaka is made in the hollow of a bamboo stem resulting in sugar ingots that are not very uniformed with a sunken centre.

I have made onde-onde so many times with my mother-in-law that I never expected to encounter a disaster during my first attempt for this column. The sugar had started to leak through the dough even before I put the dough balls into the pot to boil. And when they entered the boiling water, they just disintegrated into a lumpy mess.

I couldn’t figure out what had gone wrong so I had to get back to my sifu (teacher) and try to dissect the problem. Turned out that I had pounded the palm sugar too finely and, sugar being hydrophilic, started to draw the liquid out of the dough and became a syrup which dissolved the skin and leaked out.

The solution is to chop the sugar into coarse bits rather than into a fine powder, and the result thereafter was a success.

I always prefer to use natural colouring and don’t mind if the onde-onde seems pale compared to store-bought ones. I would advocate adding more pandan juice for more intense colour and flavour, rather than using the bottled ones.

When wrapping the dough around the sugar, make sure that there are no air pockets inside because it could expand and cause the dough balls to burst.

After cooling down the dough balls, drain them and immediately roll them in shredded coconut so that it will adhere to the balls, as the starch dries out. As with any food made with coconut, they need to be consumed on the day they are made.

Stir salt into grated coconut and set aside in the refrigerator to keep it fresh.

Chop up palm sugar into small chunky bits but do not crush them into a powder. Stir in brown sugar and set aside.

Clean pandan leaves and cut into 2-centimetre lengths. Puree in an electric blender with water into a fine pulp. Strain the juice through a tea sock or muslin cloth. This should yield almost one cup of pandan juice.

Bring half a cup of pandan juice to a boil with sugar, then add coconut milk and oil. Turn off the heat, then add glutinous rice flour and stir vigorously until it forms a soft dough. Continue stirring the dough until it is cool enough to handle by hand.

Turn the dough out onto a board and knead by hand for about 5 minutes until the dough becomes elastic. Rest the dough for about 30 minutes before continuing.

Roll the dough out into a long sausage and break off 2-centimetre pieces to be rolled into small balls. Flatten out the balls into a cup-shaped vessel and fill with about half a teaspoon of sugar.

Seal the dough, making sure that there is not a pocket of air inside, and that there are no leakages.

Work quickly in batches before the filled dough dries out or gets soggy.

Fill a big pot to about three quarters full of water and bring to a boil. Drop in about 20 dough balls and stir so they don’t stick to the bottom.

Allow the water to come back to a simmer and cook the dough until they float to the top. Simmer for another two minutes and plunge them into a bowl of cold water to stop the cooking.

Roll the dough balls in grated coconut and serve immediately. Onde-onde has to be consumed on the day that it is made. 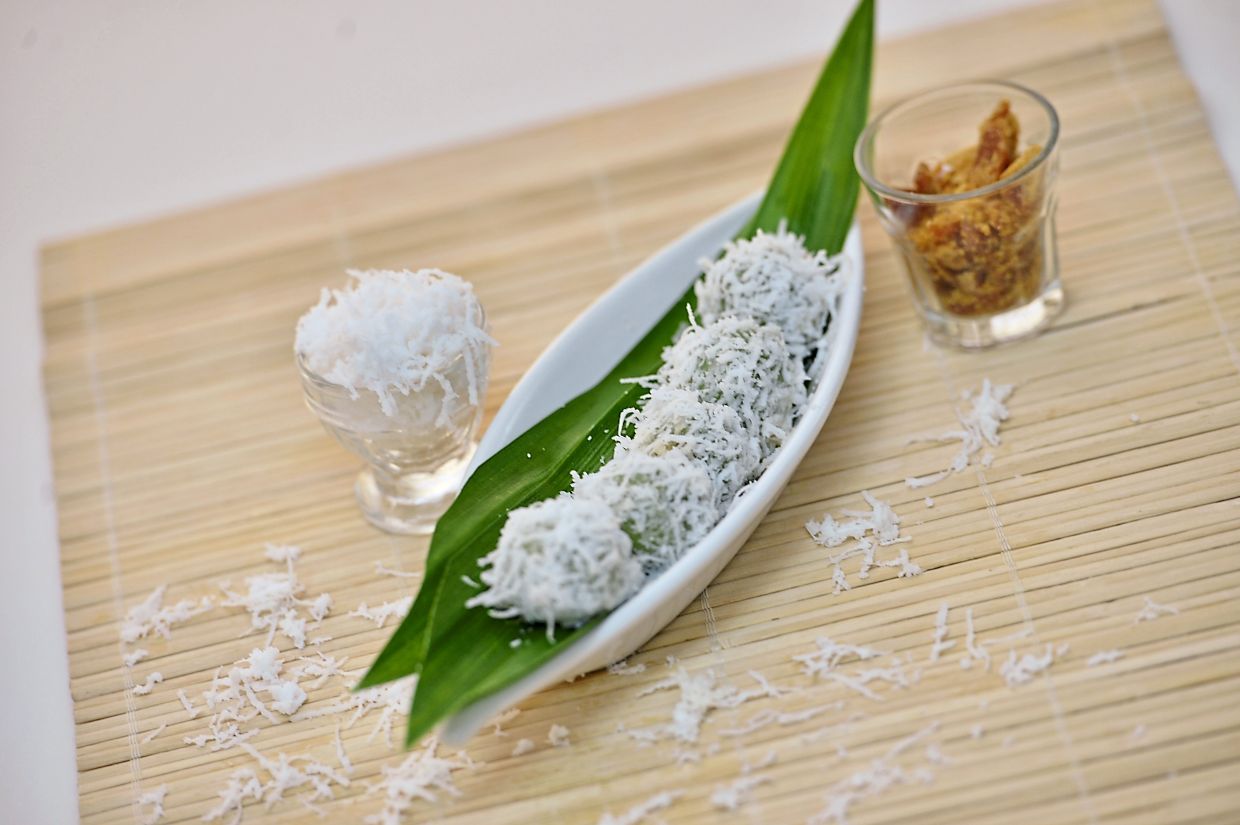 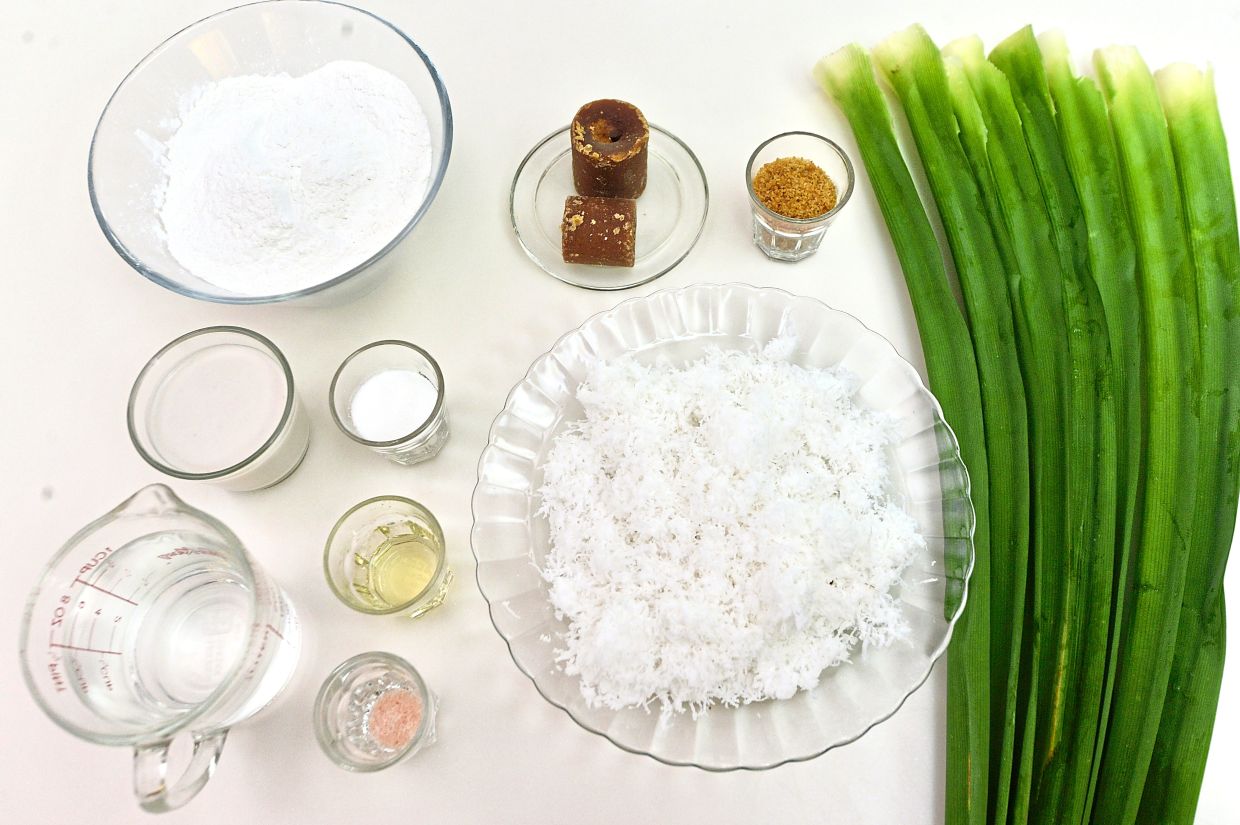 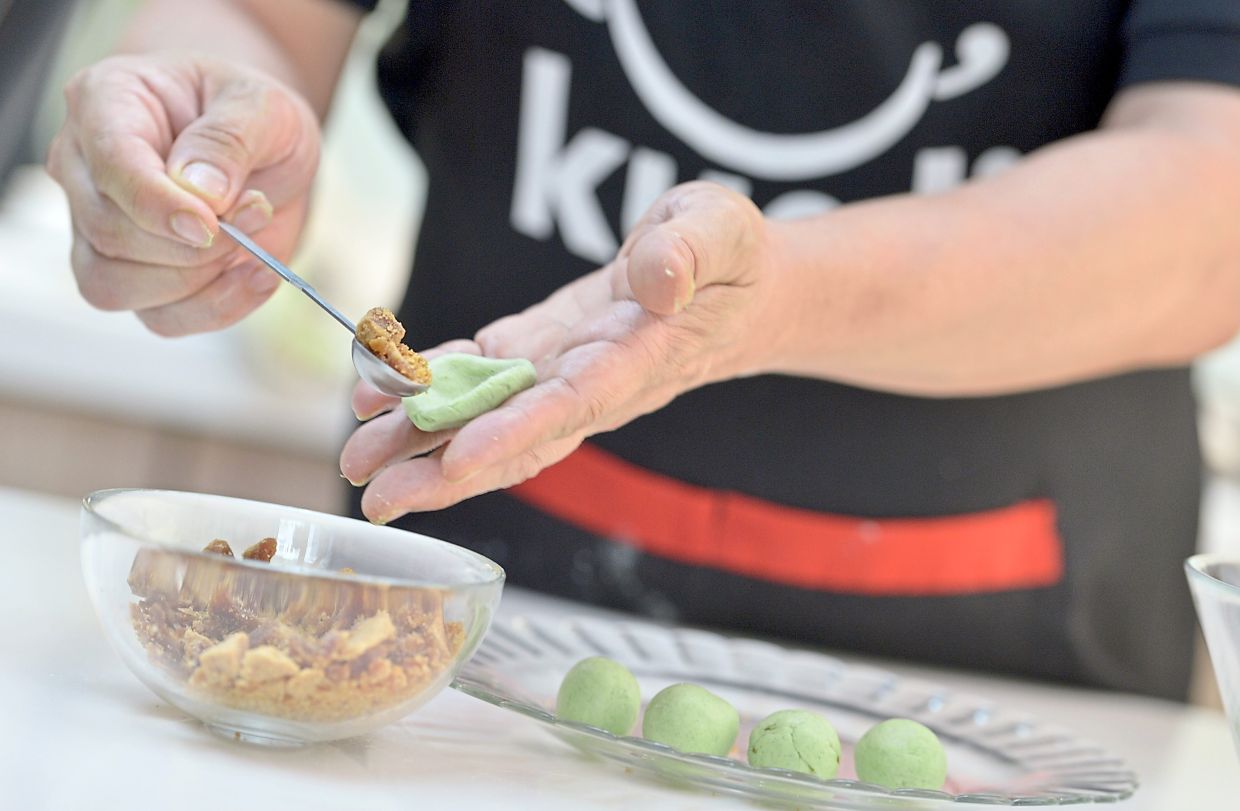 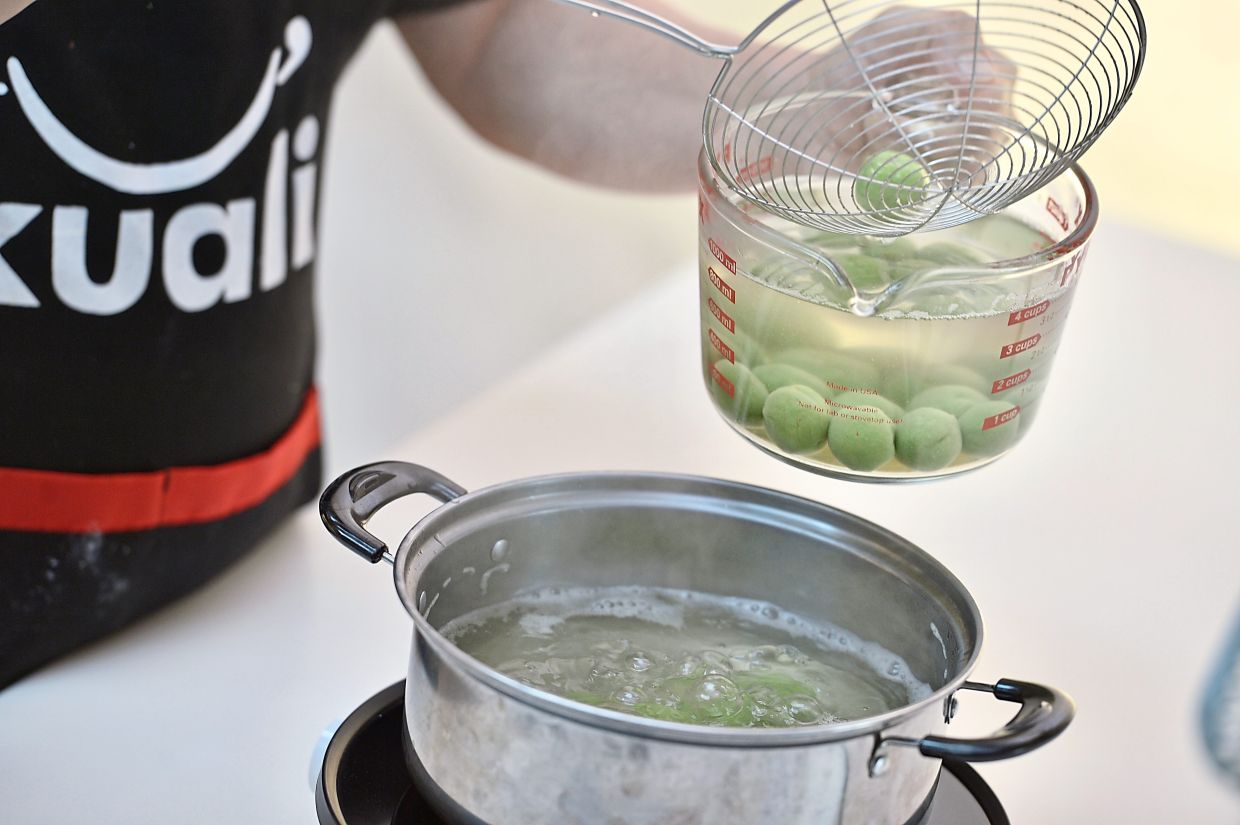 Rolled in fresh coconut, onde-onde must be consumed the day that it is made.

Blend the pandan leaves into a pulp with a little water, then squeeze the juice out with a tea sock, cheese cloth, or muslin cloth, and finally strain it through a wire mesh to get rid of any grits.

Knead the dough for about 15 minutes until it is completely smooth and elastic before rolling into balls.

Roll a small piece of dough into a ball, press it into a cup, then fill it with about half a teaspoon of gula melaka before pinching it together to seal in the sugar.

Drop the dough balls into boiling water and simmer for about five minutes until they float, then continue cooking for another two minutes before lifting them out and plunging them into cold water to stop the cooking. 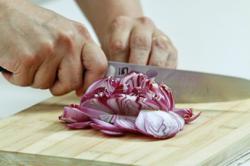 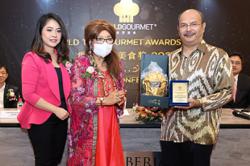