Opening a new restaurant in a pandemic 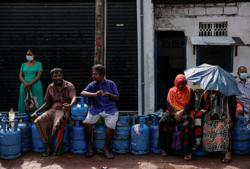 During the MCO, what started out as The Lankan was rebranded to become The Lankan Crabs as the owners realised there was more potential and volume in crabs and seafood. — JOANNE LIM

There is so much work that goes into establishing a new restaurant – from choosing a chef to devising a menu and hiring staff.

But throw a pandemic into this mixture and you have all the workings of an uphill battle.

Take for example, popular new eatery The Lankan Crabs. The restaurant’s founders spent months developing and fine-tuning the eatery, from going all the way to Sri Lanka to recruit chefs, to sourcing the best location in Bangsar.

Three months of gruelling renovations followed before the restaurant finally opened in March.

Four days later, the movement control order (MCO) kickstarted and just as soon as it had opened, the restaurant was forced to shutter its doors again. 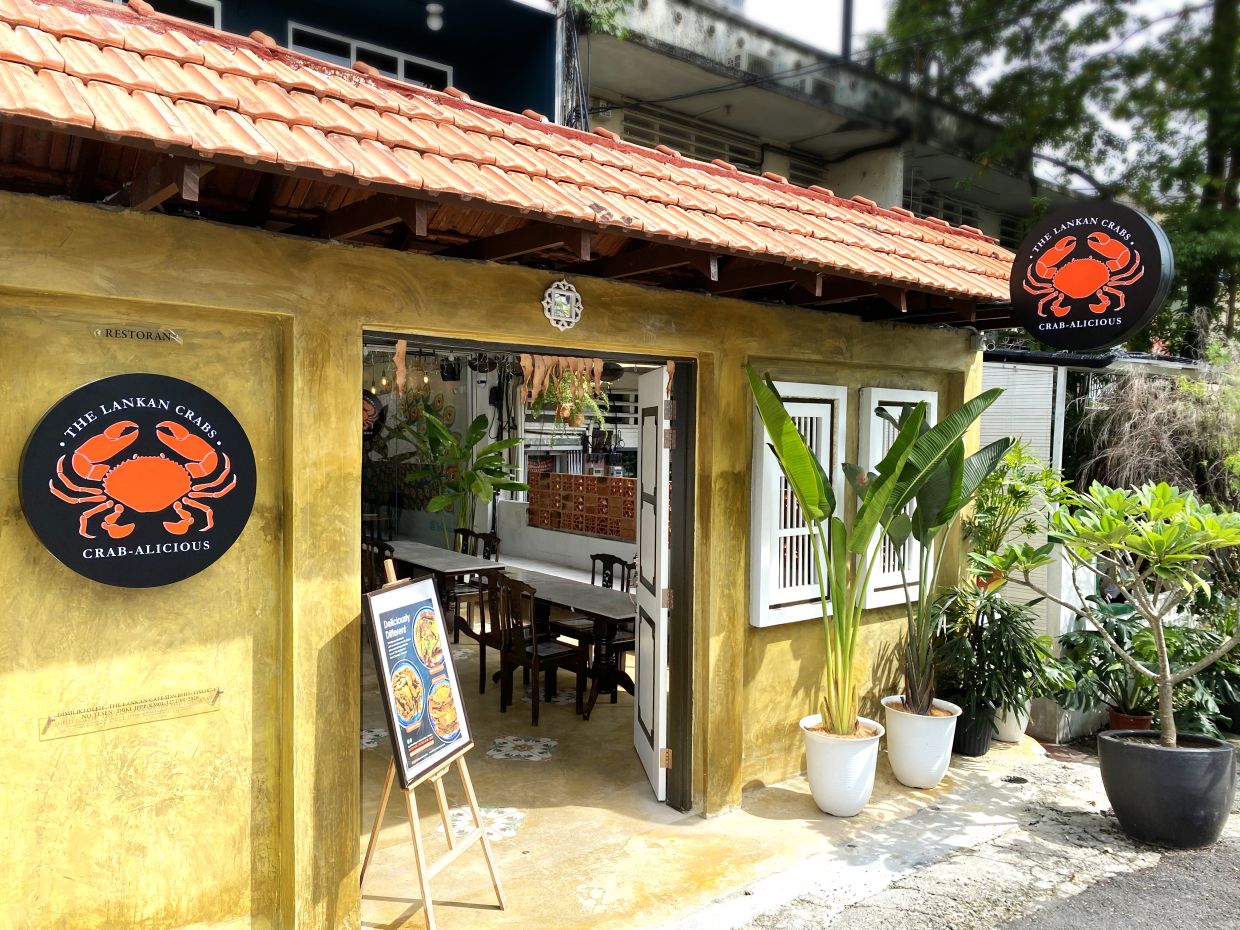 The owners of The Lankan Crabs spent months hunting down the best chefs and renovating the space, but were only open for four days before the MCO kicked in. — JOANNE LIM

“There was already a lot of money that had gone into the restaurant for renovations and staff hires, but we had to put in two more rounds of capital injections.

“At that point, we had put in so much money that closing after that four days was not even a thought.

“It was tough though, because as a new business, we were not eligible for any of the government loans or grants, but I think the hunger to keep the business going was still there, ” says Vicknezan Selvadurai (better known as Vicky), the restaurant’s chief executive officer.

Tan San Eu (better known as Euwie) also found himself in the same boat in March, when two weeks after opening his dream restaurant Pun’s in Damansara Jaya with his girlfriend Beh E Laine, he was forced to close shop in tandem with the MCO.

“We were kind of lucky because our renovations were done two weeks before the pandemic.

“But at the beginning, it was tough because we had just opened a new place and had to go back to square one, ” he says. 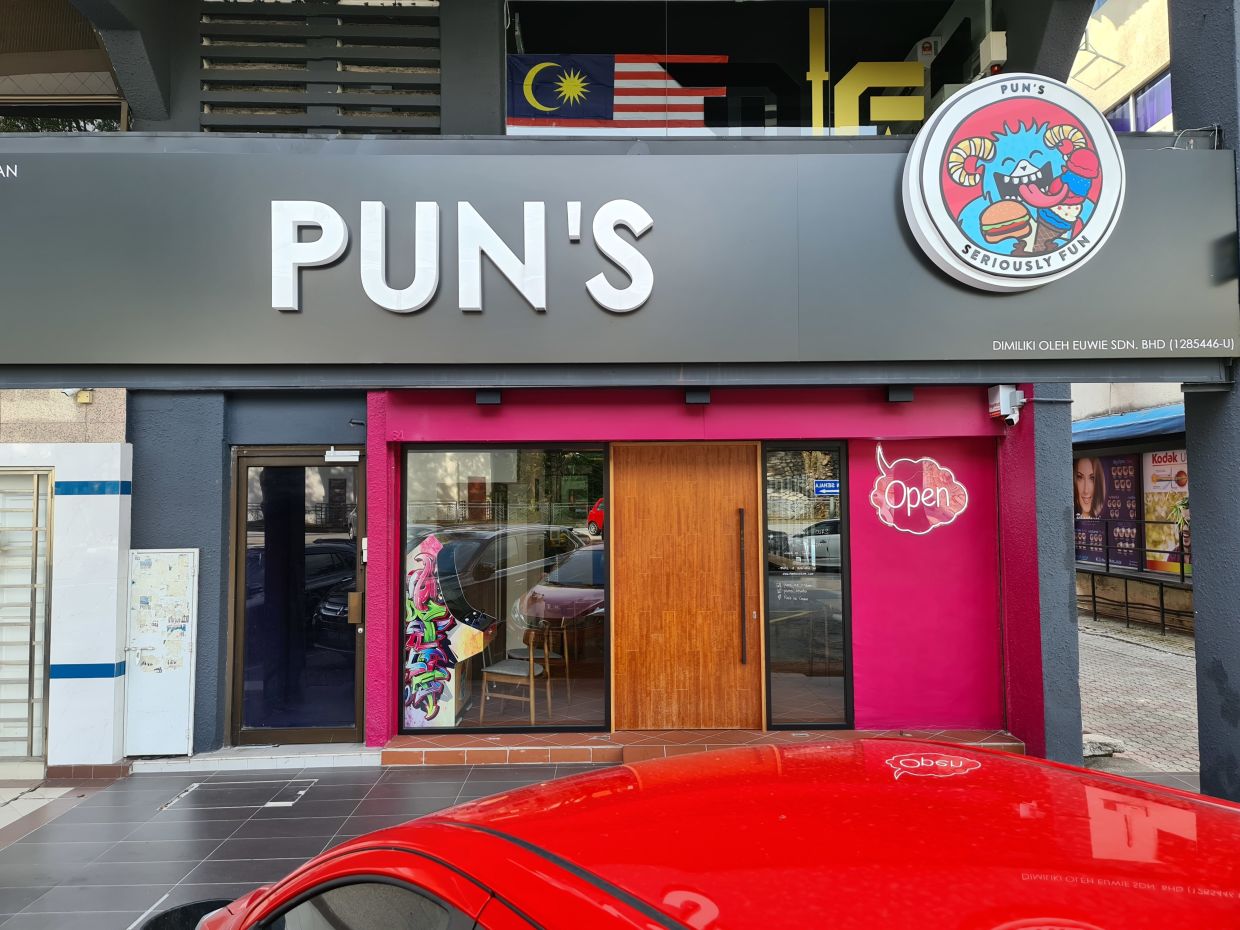 Pun's has rebounded from its inauspicious start as a result of a lot of hard work and resilience from Euwie and his team. — BEH E LAINE

Euwie admits that the situation got him so down that he contemplated abandoning the restaurant altogether, but Beh’s encouragement and the support of his landlord kept him going.

“The first few months we dug into our personal savings, but weren’t even breaking even. There was a time when I told Elaine it might be easier to bail and cut our losses and she was like, ‘This is your dream – it’s what you’ve wanted your whole life and you have this opportunity and one big hiccup comes along and you want to throw it away. Just think about everybody else who is struggling.’

“So that perked me up and I think there was some solace in knowing that everyone was going through the same thing. Also, we are lucky to have a very supportive landlord who immediately gave us a 50% discount on rent without us even asking. Also, at the time, we only had two staff, so we had very few people to pay, ” says Euwie.

The Lankan Crabs meanwhile had to initiate some pay cuts, but made sure nobody lost their jobs during the MCO.

“People working in the restaurant industry are not rich people, many are working hand-to-mouth, so we made sure we put in the money to sustain the people, ” says Vicky.

To survive what has arguably been the biggest blow to the restaurant industry in the 21st century, and what is likely 10 times worse if you are a new restaurant, both The Lankan Crabs and Pun’s started putting together a plan of action to keep their businesses afloat. 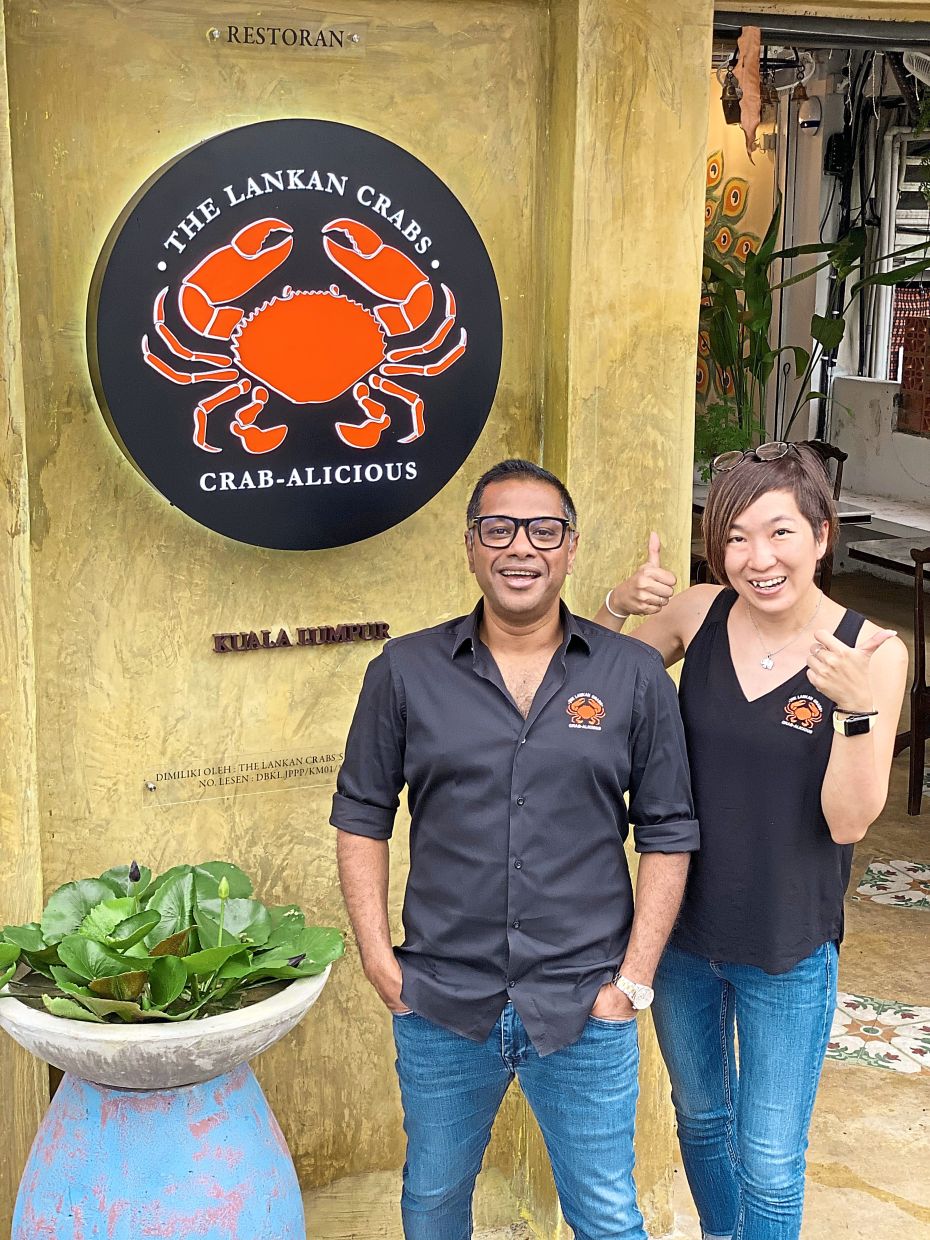 Vicky (left) and managing partner Joanne Lim had already put so much money into their venture that they couldn’t even contemplate the idea of shutting it down so soon after opening. — JOANNE LIM

The Lankan Crabs for instance, devised a multi-pronged approach that also included utilising the time they had during the MCO to change the restaurant name and fine-tune their recipes.

“We started out as The Lankan, but our partner company is actually called The Lankan Cafe, so we were kind of stepping on each other’s toes, so we used that time to rebrand and become The Lankan Crabs, ” says Vicky who also realised that there was a much better market for seafood and crabs compared to conventional Sri Lankan food.

“We cut down our menu to just one page so that we could actually focus on our three crab dishes – Negombo crabs, Jaffna crabs and garlic crabs – because we realised we could produce a few good dishes much faster than trying to cook an assortment of food to serve one table. But in cutting down the menu, we also had to focus on food quality and ensure the recipes were consistent, which was very, very challenging, ” he says.

Unlike most eateries, they also decided to forgo food delivery platforms as they felt that as a new eatery, their visibility would be close to zero at that point. Instead, they got family and friends to be their delivery riders instead.

“We made a conscious decision not to join any aggregators; also because there is no way we can serve our customers good food at good value when we have to pay a 35% commission to food delivery platforms, ” says Vicky.

Next, the restaurant focused its attention on creating brand awareness – something they had to build from the ground-up as it was a spanking new eatery.

“We used our agency to do a lot of creatives, so we focused on the brand and straight away went down to a signature three-second video of a girl serving a dish of crabs on our social media, which we did for a period of six weeks.

“We also used conversational commerce to get digital ads to drive people to chat applications like Facebook and WhatsApp – that really helped us a lot, ” he adds.

For Pun’s, Euwie and Beh had originally planned to have a thematic menu that changed constantly. But when the MCO kicked in, they decided to focus on comfort food offerings like burgers and ice-creams instead.

“After every extension to the MCO, we decided we had to do whatever we could do, so we started doing takeaways and basically made the concept of the restaurant for the MCO a fast-food joint/ice-cream parlour kind of place and focused on comfort food like burgers, ” says Euwie. 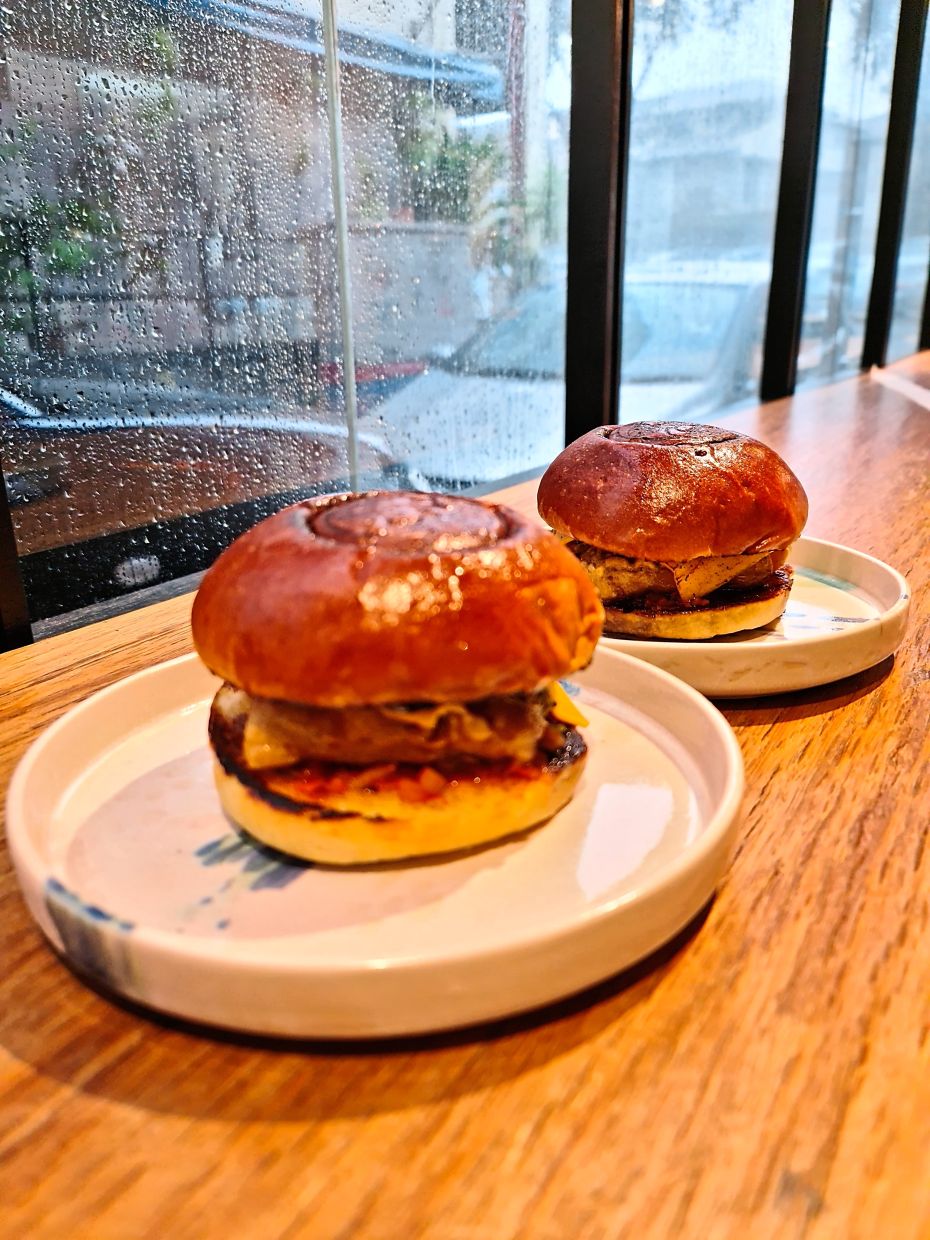 Although Euwie initially had something else in mind for his menu, during the MCO, he focused on comfort food like burgers for takeaways. — BEH E LAINE

As the brand had originally been known for their signature house-made ice-cream, and were popular fixtures on Instagram, they leveraged heavily on their social media presence to generate sales.

“That’s one of the main things that helped us at the start was posting on Instagram.

“We had already started the account the year before when we had a central kitchen and we had done a lot of pop-ups, so the brand awareness was there already – we just needed to provide a location to where we were, ” he explains.

During that time, Euwie and Beh also took a lot of requests for personalised ice-cream flavours, just to showcase their abilities and skills.

When the going gets tough

Despite having an incredibly hard time of it, both Euwie and Vicky’s hard work paid off and the two eateries quickly built strong followings once dine-ins were allowed.

Pun’s started seeing people flocking to the restaurant almost immediately after dine-ins were allowed and Euwie says many of the people who ordered food from them online eventually became regulars.

The Lankan Crabs meanwhile has gone from strength to strength, building a solid brand that has become so popular that revenue has gone up 15-fold from the month of their inception to September. 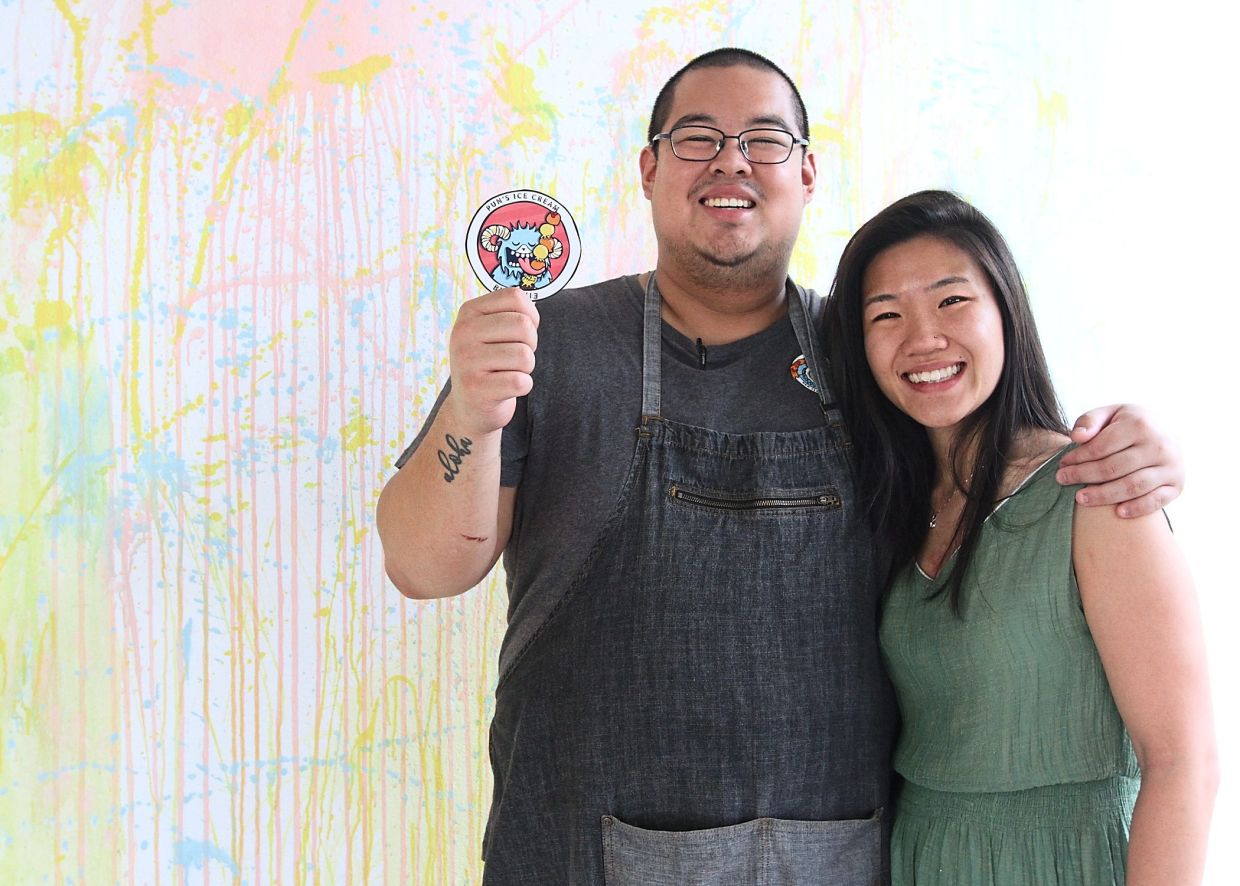 Euwie (left) credits Beh with helping him keep the business afloat and remaining positive, even when he thought it might be better to just close shop. — Filepic

Now that the conditional MCO has been implemented again and two diners per small table, and a maximum of four or five (only in Selangor) per big table are allowed to dine-in, both eateries have been forced to think on their feet once again – something that has actually become second nature to them, given their tough beginnings.

Euwie has decided to close Pun’s for dine-ins, preferring instead to focus on takeaways so that his employees’ health is not compromised. “We don’t want to risk it. At the moment, our area has no cases, but surrounding districts have, so there is always the off-chance that we open for dine-in and strike the lottery with one person who comes in and has the virus, ” he says.

The Lankan Crabs will remain open for dine-in, but Vicky doesn’t expect large numbers of guests as the consumption of crabs typically requires a bigger group.

Instead, he is focusing his attentions on pivoting and marketing the brand as a crab delivery business (featuring the restaurant’s cooked crab dishes). 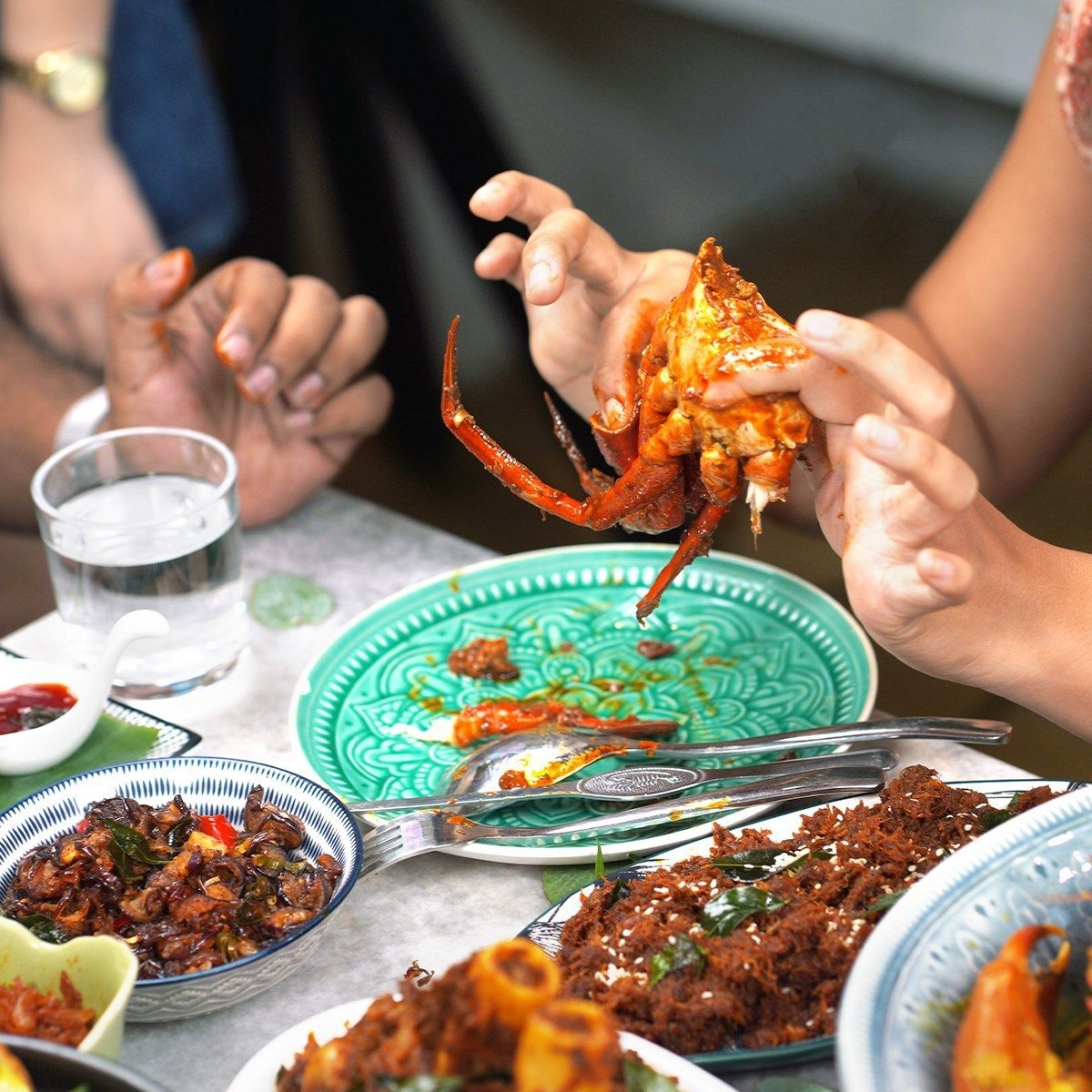 During the CMCO period, Vicky is looking at marketing The Lankan Crabs as a crab delivery business. — JOANNE LIM

“I don’t think we can get back to normalcy in at least six weeks, so we want the brand to be very strong for delivery and are looking at rebranding ourselves as a delivery company for crabs. For now, it is something that we want to do in the short to medium term, because it is also an opportunity to understand if the market is consistent. And because we managed to build our own team of delivery guys, we can deliver further than the typical radius, ” he says.

Ultimately, both Euwie and Vicky understand that things are going to get worse before they get better.

But the ultimate test for both restaurants is in weathering this storm (again) and emerging stronger than ever.

“This is not a very good year to start a restaurant and the conditional MCO is going to be tough as hell, but I am pretty sure we are going to survive, ” says Euwie optimistically. 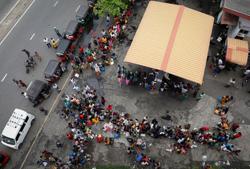 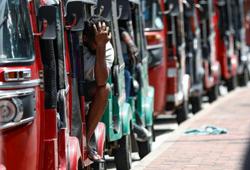