Aromatics offer the foundations of flavour

Aromatics like ginger, garlic, onions and tamarind add dimension and depth to meals.

Garlic, onion and ginger are some of the hardest-working flavour enhancers in cooking. It’s hard to imagine any cuisine in the world that doesn’t begin with at least one of these three aromatics.

Besides their culinary uses, ginger, onion and especially garlic are touted for their medicinal properties. However, it is in cooking that they truly shine.

Then there’s tamarind. A familiar ingredient in South-East Asia and India, it is also a staple in Mexican and Caribbean kitchens. Tamarind is used both in food and drinks, and its distinct sweet and sour taste is not easily replicated with substitutes.

One of the four ingredients provide the dominant flavour in each of the following recipes. 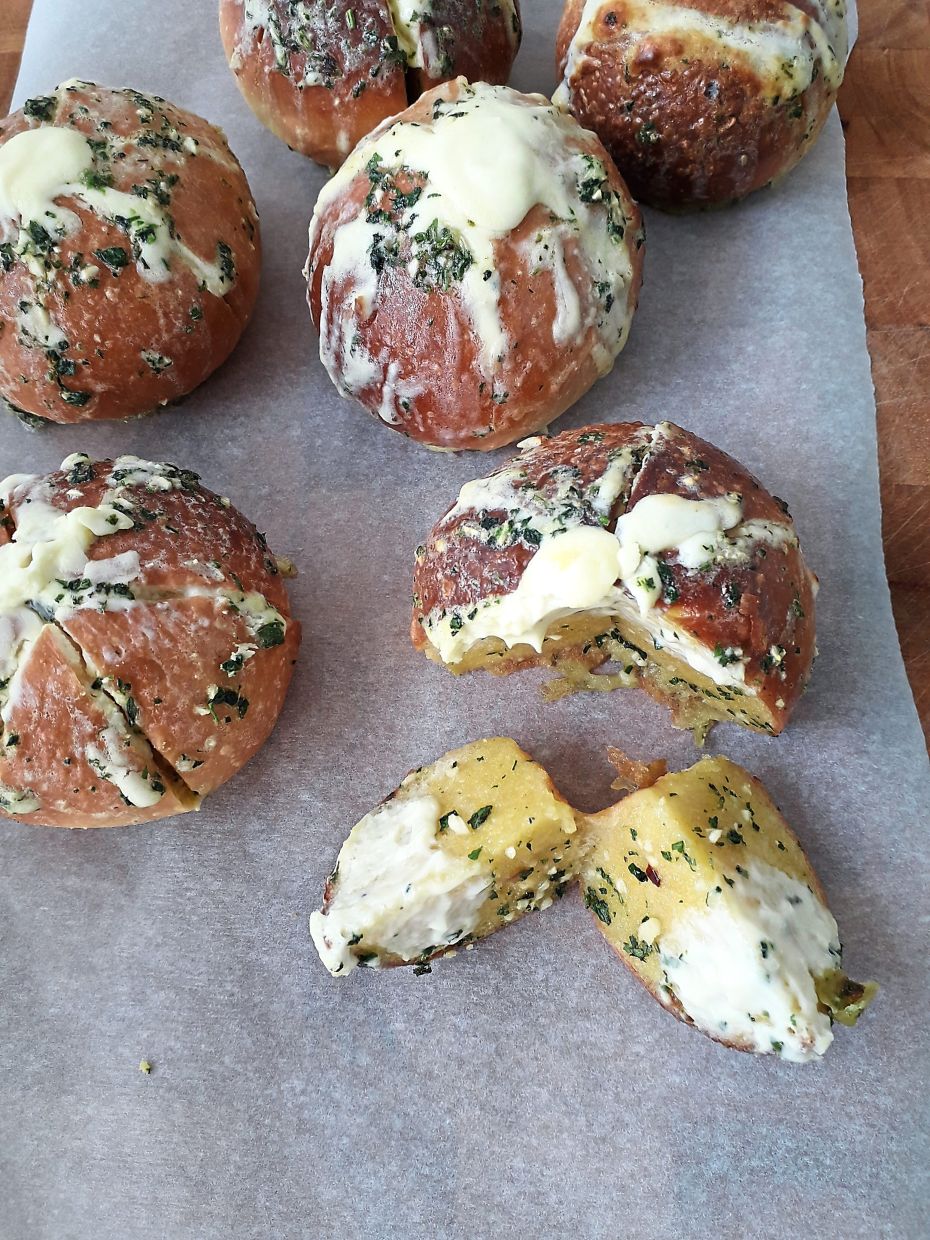 Cream cheese garlic buns are a popular snack in South Korea. They are made with round soft bread rolls, slit into six segments, but oval-shaped rolls are also used. Day-old bread is preferable for this as it will be slightly dry and will absorb the dressing without getting soggy.

Preheat oven to 160°C. Cut 6 slits in each bun (almost to the bottom but without cutting through) to form wedges.

Pull the wedges apart slightly and liberally spoon garlic dressing over the buns and between the wedges. Alternatively, do like the Korean vendors and submerge the whole bun in the bowl of dressing – you’ll need to start with twice the quantity of the dressing if you want to do it this way, but you’ll end up with a more garlicky bun!

Place buns on a baking tray lined with parchment paper. Bake for 10 minutes until the tops of the buns are golden brown and crisp. Serve immediately. 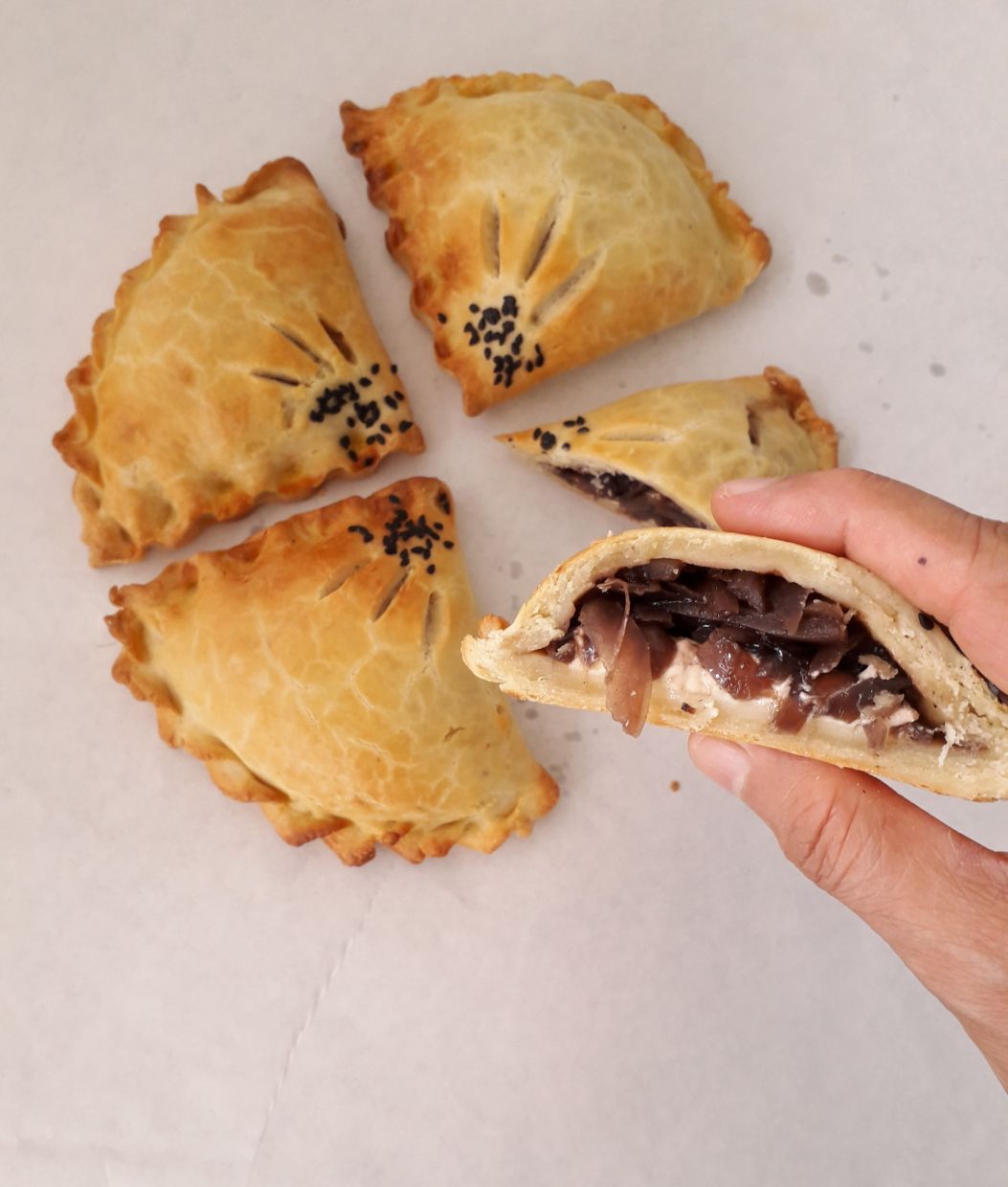 Hand pies are individual pies and are sturdy enough to hold with one hand, like Cornish pasties or turnovers. The pastry contains both butter and cream cheese, which makes it slightly tangy. If you don’t like these ”flower petals”, make the pies in any shape you like, such as half-moons (karipap shape).

The onions for the filling are cooked low and slow on the stove and seasoned with just a little salt, which brings out their natural sweetness. Use red onions for the best flavour.

1 tbsp seeds, for garnish (optional) Peel the onions, cut in half, remove core and slice thinly.

Heat the oil and butter in a large frying pan. Add the onions and salt. Cover the pan. Over low heat, cook the onions, stirring occasionally, until soft and they take on a deep colour. Set aside to cool.

Make the pastry: Work the butter and cheese through the sifted dry ingredients in a bowl with your hands, then add the egg and bring together into a smooth dough. If using a food processor, combine all the ingredients and pulse a few times until mixture comes together. Divide the dough into four and form thick discs. Wrap each portion in cling film and chill for 10 minutes.

Make the pies: On a lightly floured surface, roll out the discs into 20cm circles. Cut each circle into two half-circles (there will be 8 in total).

Divide the fried onion and cream cheese into 8 portions.

Brush the top with egg glaze and cut small vents in the top of the pies. Sprinkle with seeds, if desired. Place on a greased baking tray and bake until puffy and golden, about 25 minutes. 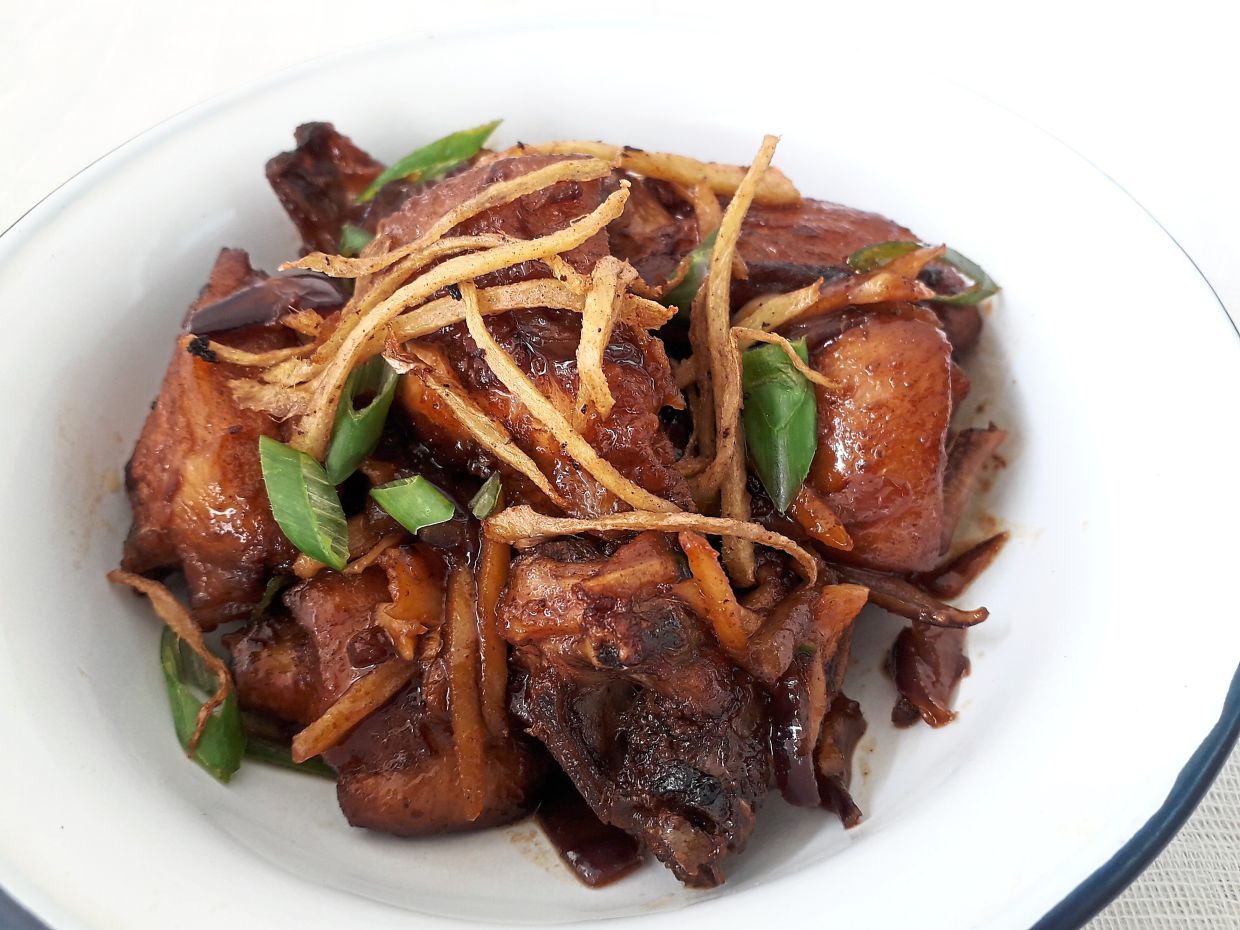 This recipe is based on Vietnamese caramel chicken. If you’re a fan of ginger, you’ll get a kick out of this dish.

1 stalk green onion, thinly sliced on the diagonal, for garnish

Meanwhile, heat 3 tbsp oil in a large frying pan. Add one-third of the ginger matchsticks. Over medium heat, fry the ginger until golden and crisp. Drain on kitchen paper. Set aside to use as garnish.

Remove chicken pieces from the marinade and fry over medium heat in the remaining oil in the pan until light brown, about 5 minutes. Remove chicken from the pan.

In the remaining oil in the pan, add the sugar. Over low heat, stir until the sugar has melted. Carefully add the water (it will sputter) and bring to the boil.

Return the chicken to the pan with the raw ginger, onion and garlic. Toss until chicken is coated with the caramel. Add the fish sauce, black pepper and chilli flakes. Over medium heat, cook the chicken, adding more water if you prefer the dish saucier, until the chicken is cooked through. Taste and adjust seasoning.

Transfer to a serving platter and garnish with the fried ginger matchsticks and sliced green onion. Serve with rice. 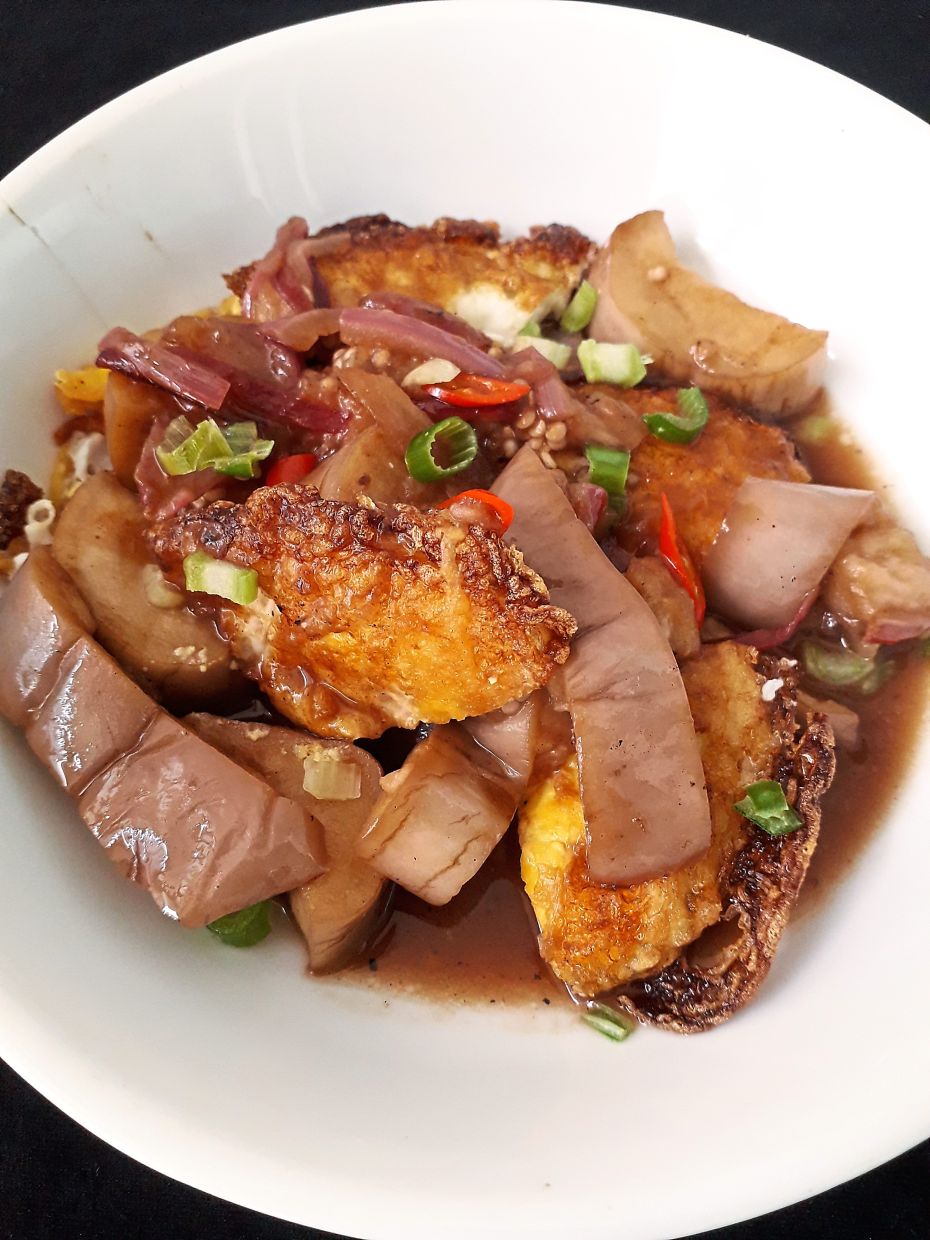 This recipe is a mashup of three dishes that are cooked with tamarind: the Malaysian dish telur Belanda with deep-fried eggs, the Thai son-in-law eggs (hard-boiled) and an Egyptian eggplant stew.

Tamarind is usually sold in pulp and paste forms. Sometimes, you can even find the fruit in pods. For ease, we’ve used the paste for this recipe. If using the sticky pulp, combine 2 tablespoons with a little hot water, leave for 10-15 minutes, then squeeze it, removing the seeds and fibrous threads.

1 tsp fish sauce, or to taste

Cut the eggplant in half lengthways, then into 1cm slices. Steam over high heat until tender, 8-10 minutes. Remove from steamer and set aside.

Heat 1/4 cup oil in a wok. Fry the eggs, one at a time, until golden and crisp around the edges. Cut into 7-8 pieces and set aside.

Leave 1 tbsp of oil in the wok. Sauté the onion over medium heat until lightly browned, 2-3 minutes.

Turn down the heat and add the steamed eggplant. Simmer for a further 1-2 minutes.

Add the crispy egg pieces and toss together. Add the sliced chilli and green onion. Dish out and serve.