As a child, Ramadan bazaars were a constant feature in celebrity chef Nik Michael Imran’s life.

“Going to Ramadan bazaars was a common occurrence for me when I was growing up. It was something I would go to with family and friends and I enjoyed it. Ramadan is typically a spiritual month, so this was the only time I had to catch up with friends, ” he says.

Nik became a household name after his appearance on the first season of MasterChef Malaysia in 2011 and has gone on to host television shows like Cooking with Love, as well as running an F&B business.

Since his career has taken off, he hasn’t really had the time to go to the bazaars.

But because he misses some of the classic offerings like roti john (an omelette sandwich dish), he has learnt how to make it himself.

“I think roti john has a nostalgic effect for me. When I’m fasting, I always feel like roti john, that’s why I wanted to showcase this recipe. And it is very easy to make and tastes even better if you make it at home because you can elevate it.

“For example, in the Ramadan bazaars, you won’t know how fresh the cabbage is or what kind of chilli sauce they use. But at home, you can use your favourite chilli sauce or add Japanese mayonnaise to make the end result better, ” he says. 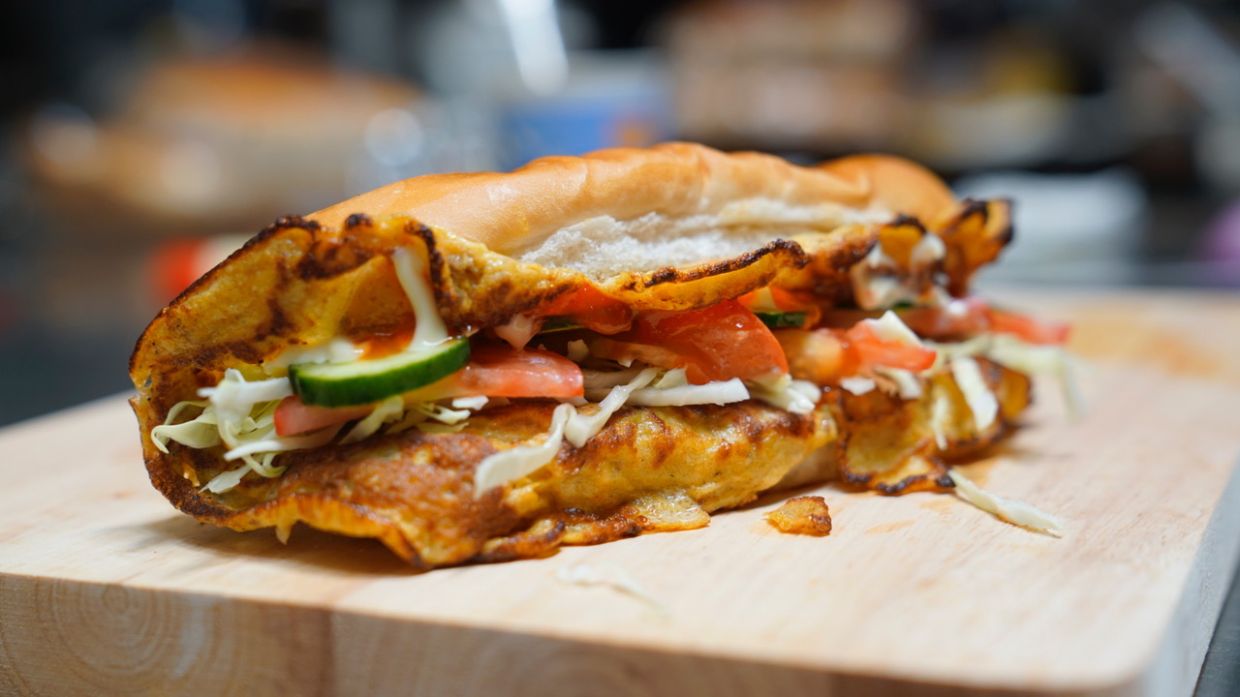 For the meat mixture

For the egg mixture

all of the meat mixture

1 hot dog bun, cut lengthwise but not all the way through

all of the egg mixture

Heat cooking oil in a pan on medium high heat and saute garlic and onion until softened. Add minced beef and continue sauteing until lightly browned

Mix water and curry powder together then add to pan while stirring vigorously to combine well. There should be enough water to slightly submerge the contents of the pan. Allow to simmer for about two to three minutes until the mixture becomes thick but not too dry. Season with salt and sugar, remove from the heat and allow to cool.

Combine meat mixture with eggs, spring onion, red onion and black pepper to taste. Whisk vigorously with a fork until eggs are homogeneous and egg whites are no longer visible.

Spread butter on cut side of hot dog bun and toast in a pan on medium low heat. Once browned, about 2-3 minutes, remove bun from pan and set a side.

If remaining butter in the pan is not enough, add about 1 teaspoon of oil.

Pour egg mixture into pan in a rectangular shape that imitates the hot dog bun. Cook for 1 minute until the bottom is set and starting to brown but still runny on top.

Put toasted side of hot dog bun on top of egg and press down lightly for another minute until eggs are cooked and have adhered to the bun.

Flip bun unto your prep area and top the eggs with chilli sauce, mayo, sliced cabbage, tomato and cucumber to your liking. Slice bread into three and serve.