SINCE becoming a vegetarian several years ago, celebrity chef Emmanuel Stroobant finds that his approach to cooking has changed.

“I am now much more selective about where the meat comes from, how the animal was raised and processed, ” said the Belgian who also stopped smoking and drinking at the same time for health reasons.

“I have also become a lot more creative when it comes to feeding other vegetarians. I don’t only consider their tastes and preferences but also whether they may have any form of allergies or food restrictions.

“As a chef, I have come to see animal protein as the sidekick, while what was traditionally considered as garnishes are now the main actors, ” he said.

On how he crafted the menu, he said, “I prefer working with seasonal ingredients; Europe leads the industry in dictating the type.

“In Europe, there is a saying that the months ending with “er” (such as November and December) are the best months for seafood. The sea is colder then so the seafood are fatter.

However, Stroobant noted that it could be challenging trying to source the right seasonal ingredients in Malaysia, due to restrictions importing certain kinds of ingredients.

“As we cannot import raw wild game here, duck and venison are the closest we have in terms of game meat, ” he said, adding that he still tastes everything he cooks despite his vegetarianism.

Stroobant shared that his inspiration for festive menus is always ingredient-driven.

“Whatever we do, we will pick an ingredient and build a dish around it. It could be based on seasonality, availability or a special ingredient, ” he said.

“It took about three to four months of market research with suppliers to work out what ingredients my team could have access to, and the results were beyond my expectations.

“Knowing how difficult it was to import many ingredients when I lived in Kuala Lumpur 20 years ago, and having travelled around South-East Asia since then, I am pretty proud of the ingredients that can be found in Malaysia now, ” said Stroobant, who makes an effort to include a touch of local elements such as herbs in his creations.

Available from Dec 4 to 30, the Festive Set Lunch Menu offers a choice of three courses priced at RM188 per person or four courses at RM258 per person.

Start with buri (yellowtail fish), black truffle or scallop and end with fruit cake, pineapple or yule log for dessert.

The duck was perfectly roasted — with crisp skin on the outside and tender meat on the inside.

Personally, I enjoyed the duck meat on its own, without the heaviness of the jus overpowering its natural flavours.

It begins with an amuse bouche featuring a platter of canapes to whet the appetite, followed by a first starter of Japanese sea urchin and a second starter of scallop or monkfish.

For the main course, enjoy either chicken, barramundi or beef short rib, then end with fruit cake or pineapple for dessert.

Celebrate Christmas with a decadent Christmas Eve Dinner, priced at RM668 per person.

The eight courses comprise canapes, oyster, sea urchin, lobster and chicken, as well as spiced wine and cinnamon for desserts.

Lamb or Wagyu beef are the main course options.

The lobster was a visually intriguing dish, as its double-walled glass presentation offered a peek of the dish’s multiple layers.

I was told the bottom layer had lobster ragu, potato, tarragon and crouton, then topped with a 63-degree egg and lobster foam with tarragon.

The dish is best savoured by mixing everything up to savour its creamy and crunchy textures.

Count down to the New Year with a celebratory New Year’s Eve Dinner priced at RM698 per person.

The nine courses include canapes, caviar, king crab, scallop, madai (Japanese sea bream) and quail, as well as cherry and thyme for desserts.

Enjoy either venison or Wagyu beef for the main course.

The venison came with a unique fig-based sambal, which Stroobant said was made from green chillies and figs.

“I incorporated chilli as a way to lift the flavours of the venison, without going too crazy. It has a slight but not too overwhelming spicy aftertaste, in keeping with European preferences, ” he said. 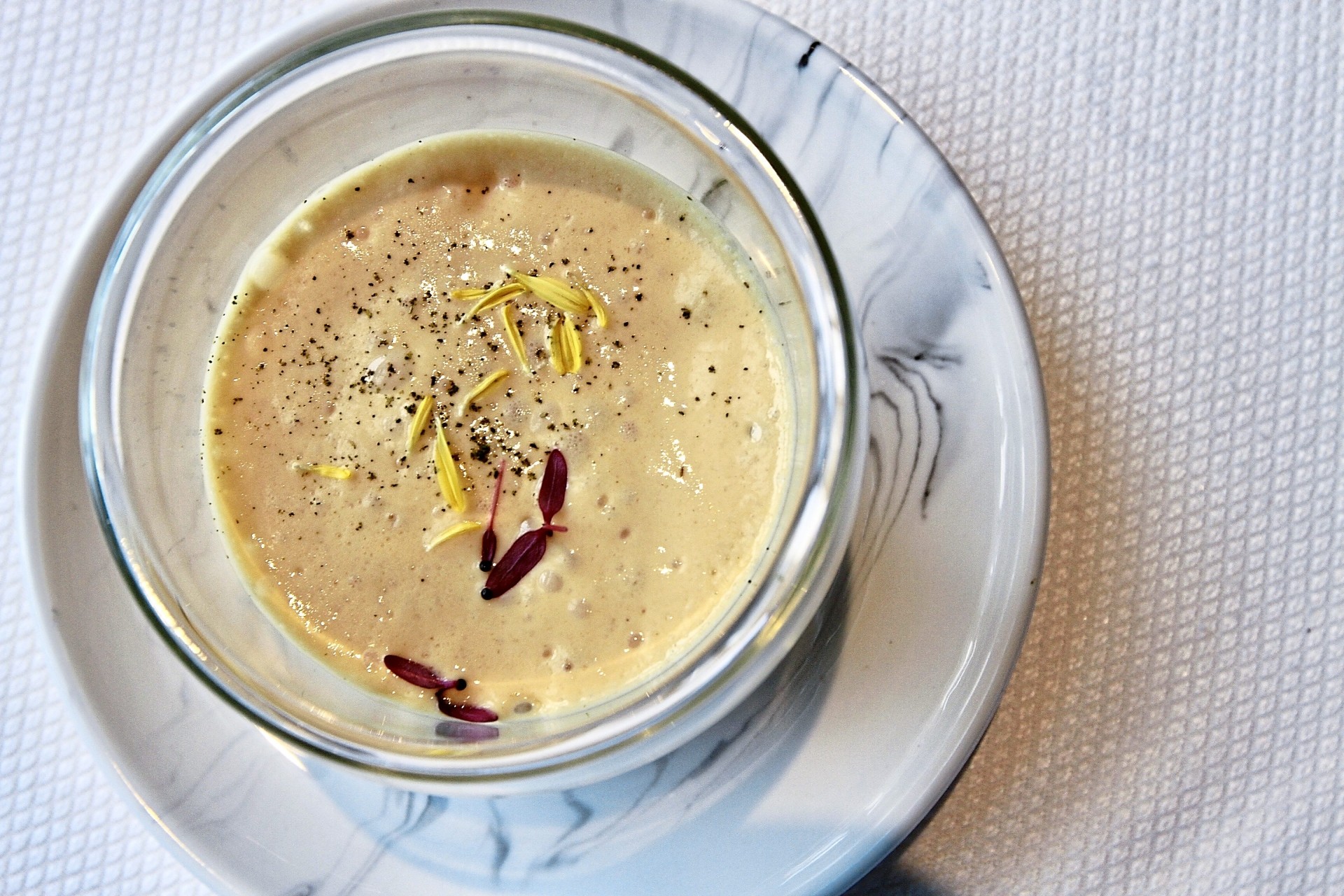 The lobster is a visually intriguing dish. It is featured as part of the Christmas Eve Dinner.

The duck is perfectly roasted — with crisp skin on the outside and tender meat on the inside. It is one of the main course options in the Festive Set Lunch.

The king crab is served as part of the nine-course New Year’s Eve Dinner. The seafood sits atop a tartare of cucumber and ginger, topped with foam made from corn and lemongrass.

Stroobant says his inspiration for festive menus is always ingredient-driven.