Songket — a type of fabric closely related with royalty in Malaysia — is in danger of losing its charm and may not survive another generation as the number of weavers who specialise in the art of making it are shrinking.

Heavily influenced by Indian weaving and design methods, songket textiles were brought in to trade or as gifts for the sultan and his entourage as early as the 15th century in Malacca.

Hand-woven from silk or cotton and intricately patterned with gold or silver thread, songket is a fabric that belongs to the brocade family of textiles of Indonesia, Malaysia and Brunei.

The hours of intense labour and careful attention that go into crafting each piece of handwoven songket makes it one of the most beautiful materials known to mankind.

Thanks to the skill being passed on from generation to generation, songket has moved from palace courtyards and into the homes of commoners.

In modern times, songket has also been transformed into apparel and fashion accessories such as handbags and shoes.

In homes, it is used as place mats, cushion covers, table runners and gift items.

However, with the introduction of mechanisation and cheaper pretenders combined with a shrinking pool of young weavers, the craft of songket weaving is in decline.

Despite the challenges, Tanoti Sdn Bhd is fighting to keep this traditional craft alive.

Hanging by a thread

Songket weavers can be found mainly in the East Coast region and Pahang in Peninsula Malaysia as well as in Sarawak, and most of them are women who have learnt their weaving skills from their more experienced elders.

But with the younger generation opting for jobs with a steady income, Tanoti is facing a shortage of weavers and fears that someday this Malaysian fabric will no longer exist.

According to a survey, there were approximately 2,000 weavers 10 years ago. The number is believed to be much lower now.

Young women, whose families used to weave songket for a living, are no longer interested in songket weaving as it is time consuming and tedious.

Many weavers also stopped weaving after getting married and starting families, while others moved to the city, hoping to land better jobs in different industries.

“Youngsters in Sarawak are not enticed by this traditional craft. They prefer working at a place that gives them a steady flow of income or they tend to leave their villages behind for a better life in the city,” said a spokesman from Tanoti.

“That is why at Tanoti, we treat all of our weavers as full-time employees with all the proper benefits.

“We want them to stay with us and treat this as a career.

“We pay our weavers above minimum wage,” added the spokesman.

Tanoti — which means weave in Sanskrit — was established two years ago with an initial investment of RM500,000 and has 16 weavers.

The company is 100% owned and managed by Sarawakians.

As it is a labour-intensive industry, Tanoti believes in investing in their people.

Through a mentorship programme, less-experienced weavers and trainees are supervised by highly-skilled senior weavers. This is done in addition to completing their own assignments.

“We believe in hands-on training and all trainees learn to cooperate with each other in getting to grips with the ins and outs of weaving songket under the watchful eyes of their seniors,” said the spokesman.

“Depending on the individual weaver’s ability to pick up the necessary skills and techniques, we hope that each trainee will be able to weave independently at their own loom within six months,” the spokesperson added.

Although Tanoti primarily focuses on Sarawak songket, their weavers are also trained in peninsular songket-weaving techniques. 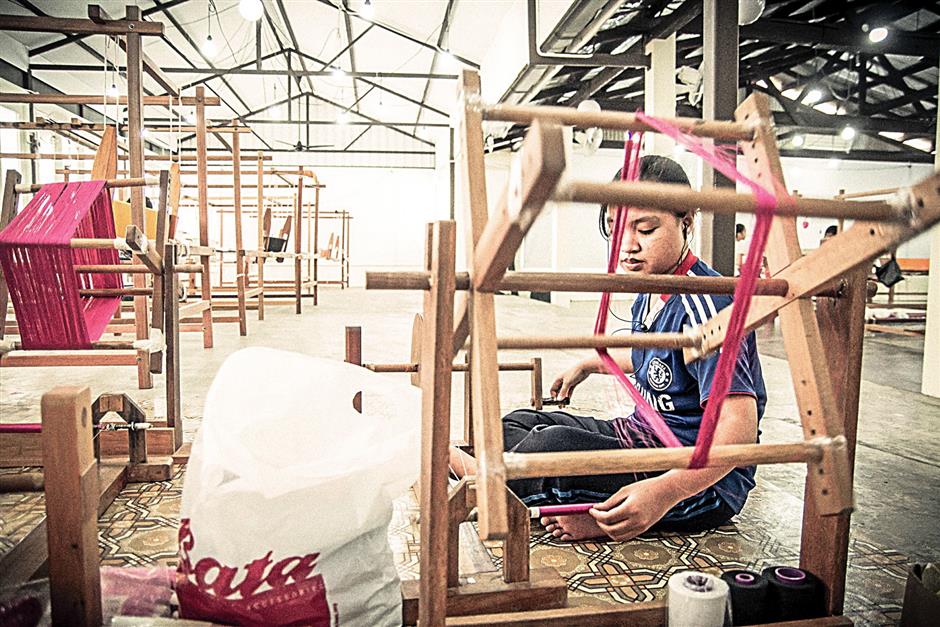 The company's aim is to have trainees skilled enough to work at their own looms in six months.

Tanoti is also looking to add to their team as demand for high-quality Sarawakian songket is on the rise.

“We are planning to recruit 30 weavers a year,” the spokesman said.

Weaving may be a traditional artform but that does not stop it from being contemporary. More than just weavers, Tanoti has its own team of designers and creative directors.

“Songket is a premium product and the possibilities are endless. We have an in-house R&D team to look into technical aspects of the fabric,” said the spokesman.

From bookmarks to an art piece for a wall, many new things are being made with songket. For interior design purposes, Tanoti uses a heavier material which can be weaved into curtains or cushion covers. For apparel, songket is made much softer and more comfortable.

“We have had clients who wanted us to weave their own designs. This is considered a commissioned work and the costs could run up to tens of thousands of ringgit for a large piece,” said the spokesman, who was tight-lipped over the names of their clients.

Songket has also been making an impact on fashion runways with some sleek and new designs. One designer worked with the company to create customised shoes and handbags wrapped with songket.

The company is also working with BritishIndia — a homegrown lifestyle brand that currently has more than 40 outlets across Malaysia, Singapore, Thailand and the Philippines.

“Our products are on display in their KLCC store at the moment and this is our first retail venture. Going to retail on our own would drive our operating costs up, so we are open to working with partners,” said the spokesman.

Tanoti has removed middlemen from the equation to safeguard the interest of the company and its weavers. 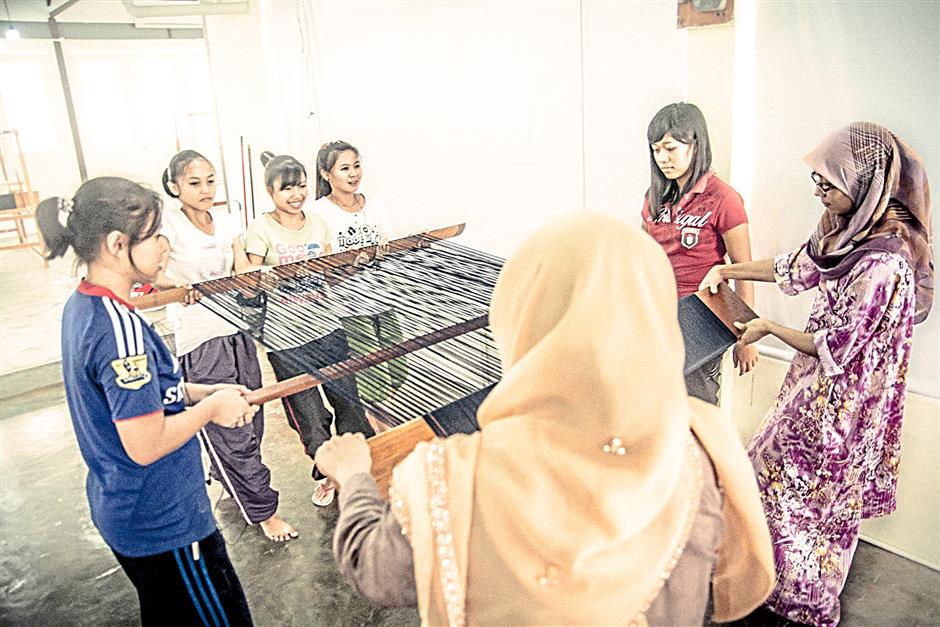 Through a mentorship programme, trainees are supervised by highly-skilled senior weavers.

Mass-produced songket is growing in popularity, but there will always be demand for the traditional handwoven songket.

As Tanoti breaks new ground in terms of design and implementation, the company says it is able to compete successfully and cater to the taste of today’s fashion-conscious consumers.

The road to success may seem long and hard but Tanoti is prepared to weave their way to it one thread at a time. 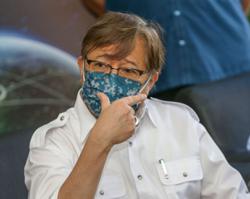