In the 16th century, tulip mania became the first recorded speculative bubble. At its peak, 12 acres of land was offered for a Semper Augustus orchid bulb.

During the Victorian era, Orchidelirium became the name of the game. Wealthy orchid fanatics of the 19th century sent explorers and collectors to almost every part of the world in search of new varieties of orchids.

Orchids became status symbols for the rich and famous of the day.

Today, there are still some levels of madness for orchids. In 2012 alone, the global orchid trade was valued at US$504mil (RM1.6bil).

Capitalising on the growing appreciation and demand for orchids, Orchid Life Sdn Bhd founder and chief executive officer Abdul Razak Mohd Isa, together with his chief operating officer Mustadza Muhamad, looked at the possibility of growing orchids on a larger scale through tissue culturing.

“We chose to go into business with orchids as there is global demand,” said Abdul Razak.

In 2006, the former manager of a multinational oil and gas company partnered with architect Mustadza to set up the venture.

Abdul Razak said the first phase of their business saw them establishing a 1,000sq ft lab at UPM, buying equipment for tissue culture activities and funding the research and development programme.

He also transformed one acre of land he inherited from his father in Sungai Buloh, Selangor into an orchid nursery, where he grew orchids. 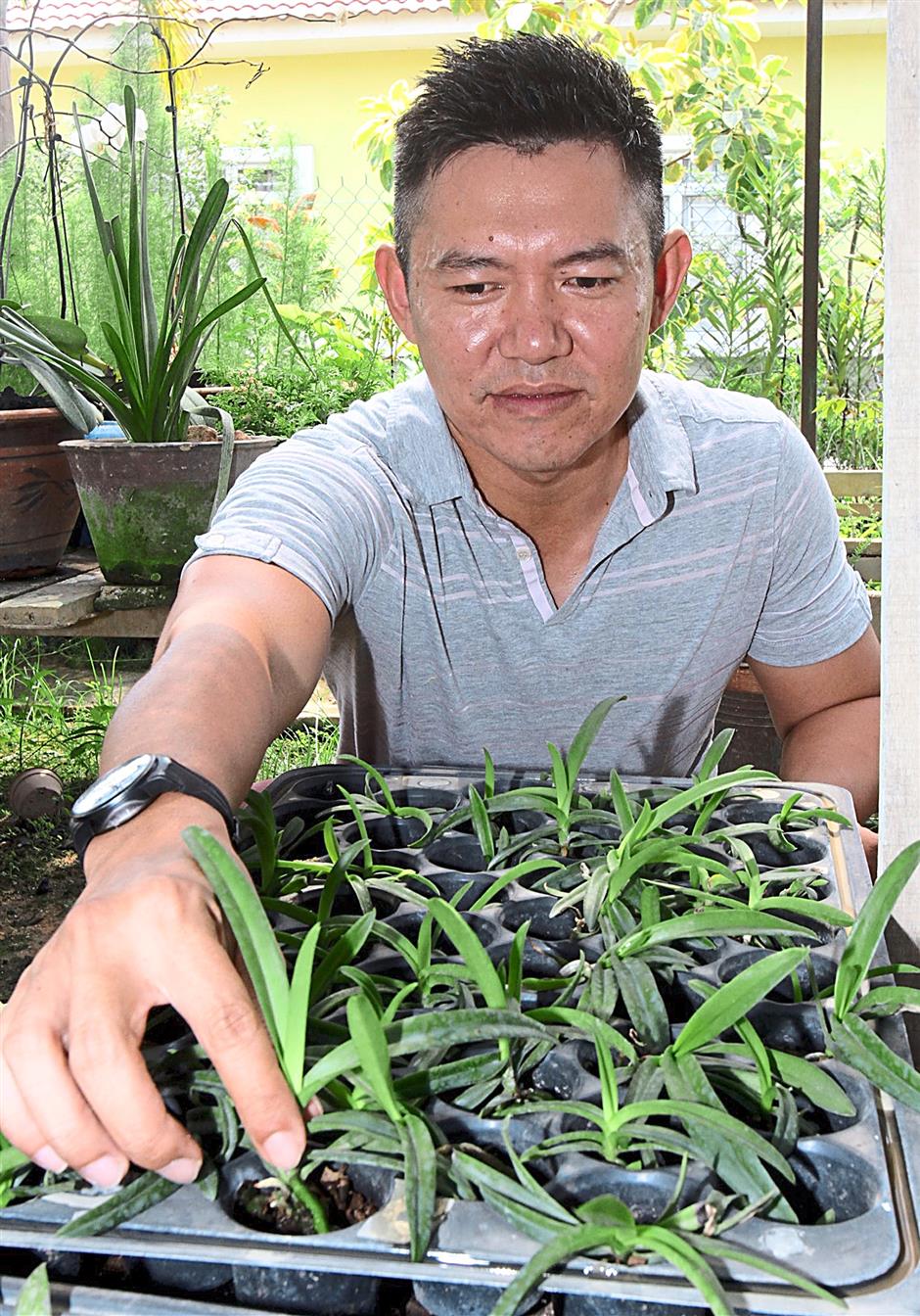 Abdul Razak showing the tissue culture of vanda variety which is about a year old and will take another year to flower.

In the suspension culture, a large quantity of orchid cells are kept in glass containers that are continuously stirred and aerated to promote growth of new orchids.

Mixed with special plant hormones and other chemical compounds, a cell, from 0.5cm can grow to 6cm within six months. Up to 5,000 orchid plants can be cultivated using a 500ml jar.

He said skilled and experience tissue culturists are critical in growing orchids from cells.

“Once a shoot emerges from the culture, the plant is put into pots and kept in the greenhouse or nursery for it to grow.” 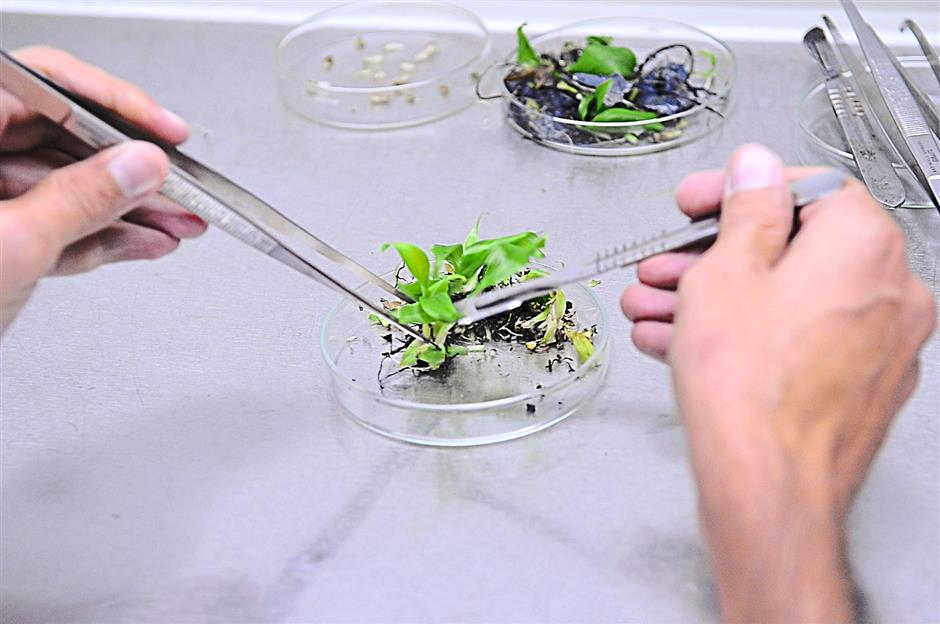 A sub-culture of the Berangana orchid.

He said among the orchids commonly reproduced using the tissue culture techniques are Aranda Tiger Green, Mokara Char Kuan Pink and another eight types of orchids.

Abdul Razak said the company faced many challenges in sustaining the business, including obtaining bank loans for expansion.

Slowly but surely, he said, they managed to overcome the obstacles.

Having grown over 100,000 orchid plants since 2009, the company now provides cut orchids to local and international buyers.

“We pick hybrid orchids that have long stems, interesting colours and flower freely to meet the demand for cut orchids,” he said.

Abdul Razak said they have to reject some of the orders, as they were unable to cope up with the demands.

He said Orchid Life was also appointed by Kedah BioResources Corporation Sdn Bhd (KBioCorp), a subsidiary of Kulim High Tech Park, from 2010 to 2013 as consultant to help developed an agribiotechnology plan, which involves the setting up of the Plant Science and Tissue Culture Node (PSTCN) as part of the Northern Corridor Economic Region (NCER) to enhance economic growth in northern Peninsular Malaysia. “The project was handed back to the state agency after the facility and the protocols were established for propagating the misai kucing traditional herb, together with the technology transfer from research institutions to young local researchers working on the project.”

With the profit generated from cultivating and selling orchid plants and flowers over the years, as well as consultancy fees, the company secured 70 acres of agricultural land in Rawang recently, to prepare itself for more expansion.

“The company is also looking at hiring more tissue culturists. Currently, it has 10 people but aims to employ up to 30.”

He said, with several strategic arrangements with local institutions like Universiti Sains Malaysia, Universiti Malaya, the Malaysian Agricultural Research and Development Institute, the Forest Research Institute of Malaysia and their expansion plan, the company is set transform into a full-fledged agri-biotechnology firm.

Abdul Razak said they anticipate growth in the business especially from the overseas market, where there is strong demand for orchids.