If THERE is one thing coffee culture and Korean wave have in common, it is that they both enjoy a huge following in Malaysia.

The popularity of both trends is set to intensify with the recent introduction of Caffebene, a South Korean-themed cafe that recently launched its first outlet in Sunway Pyramid Shopping Mall, Petaling Jaya. 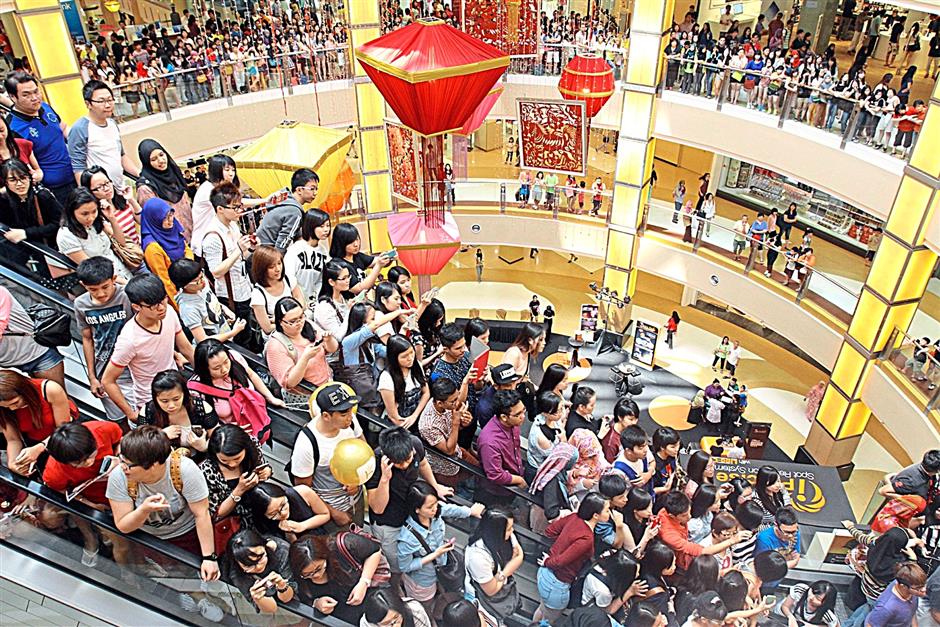 The opening of Caffebene and the presence of celebrity Lee Kwang- soo attracted a crowd to Sunway Pyramid Shopping Centre.

Bringing with it a blend of gourmet coffee selections in a European café setting, the brand is also offering a myriad of South Korean dessert recipes.

Asia Caffe Bene Sdn Bhd regional general manager Howard Hiew says the café’s food products are one of the major reasons the brand has been a success in South Korea.

“Caffebene brings a different concept from that of those other coffee spots; we cater not just to young adults or working executives looking for a coffee fix.

Present at the launch, Caffebene Korea CEO Kim Sun Kwon identified Malaysia as a favourable destination to grow the brand, saying he has confidence that South Korean specialities will fair well with the locals.

“We are glad to be given the opportunity to bring this brand to Malaysia, with Sunway Pyramid being the first location as the site will enable Caffebene to provide a different ambience for coffee lovers,” said Asia Caffe Bene chairman B.T. Low during the opening.

With franchise rights to two other countries in South-East Asia, Asia Caffe Bene is also looking to take the brand to Singapore and Brunei.

“Our company is planning to establish 30 outlets in three years, with another outlet slated for launch at Solaris Mont Kiara later in March, followed by the next in Penang,” Hiew said.

This year alone, the the company is looking to set up eight to 10 more outlets.

The café’s launch was shored up by the presence of South Korean celebrity, Lee Kwang-soo, who is famous for being part of the cast of the variety show Running Man.

Lee drew a lot of attention to the launch of the café, during which he expressed his fondness for visiting Malaysia and recommended Caffebene’s offerings.

He also took the opportunity to sign autographs for fans and customers.