THERMAL coal imports into China, Japan and South Korea – three of the world’s largest coal users – hit their highest combined total in 16 months in December, as the North Asian manufacturing powerhouses primed their economies for growth in 2023.

Economic momentum in these countries – which collectively accounted for nearly half of all thermal coal imports in 2021 – was subdued in 2022.

This was because China’s strict zero-Covid measures stifled industrial activity across the world’s largest manufacturing base.

Japan and South Korea have extensive supply chain ties with China, which meant that each country suffered slowdowns in both productivity and demand growth in 2022 as China’s Covid-19 curbs stifled the movement of goods and people over much of the year.

But thanks to a slew of stimulus and easing measures passed by Beijing that are designed to kickstart a revival in China’s economy this year, factories and industries throughout North Asia are now also primed for a pick up.

To feed that anticipated sustained rise in output and consumption, each country has stepped up imports of thermal coal, which generates power for electrical grids as well as plants producing everything from cement and ceramics to refined metals, chemicals, heavy machinery and fertilisers.

China expects to add 70 gigawatts (GW) of coal-fired power generation this year, up from 40GW of capacity from coal installed in 2022, a report from the power sector’s group, China Electricity Council, showed.

In turn, that collective climb in coal use is set to generate a swell in combined coal emissions from China, Japan and South Korea.

These countries together accounted for 36% of global carbon dioxide emissions from energy use in 2021, according to the BP Statistical Review of World Energy.

In January through October 2022, combined emissions from coal power generation from China, Japan and South Korea totalled 4.03 billion tonnes, which marked a 1.3% increase from the same period in 2021, data from Ember showed.

In 2023, that emissions load looks set to climb even higher amid the synchronised uptick in manufacturing hubs across all three countries.

While it will take months for Beijing’s stimulus measures to fully take effect, there are already signs of recovery in key areas of the manufacturing economy across North Asia.

Data on China’s production of key industrial inputs, which include refined fuels, plastics, resins and metals, showed an upturn across several sectors.

This reflected improving demand from end-users such as appliance manufacturers and production lines.

One such key end-user is Asia’s car production industry, which started to show signs of growth as of the latest data from late 2022 across China, Japan and South Korea.

The car sector was badly hit by a shortage of key components over the past couple of years – most notable micro chips – so any sustained recovery in China’s factory operating rates should foster a further upturn in vehicle output across North Asia in the months ahead.

That should benefit top global car exporter Japan, which has struggled to lift exports to pre-Covid levels despite strong demand in both North America and Europe for new vehicles over the past year.

A major factor constraining overall car exports has been the sluggish demand in Asia, mainly China, which should start to see a recovery in 2023 as greater industrial activity along side the stimulus measures by Beijing take root and spur more spending.

In sum, the combination of more freedom of movement in China and greater industrial activity across North Asia should spur an improvement in global economic growth in 2023.

But the associated additional output from factories and heavy industry looks set to come with higher fossil fuel pollution, which may potentially undermine efforts to slow climate change and cap overall emissions. — Reuters

Gavin Maguire is a columnist for Reuters. The views expressed here are the writer’s own. 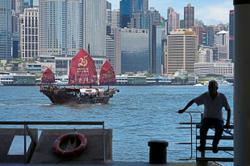 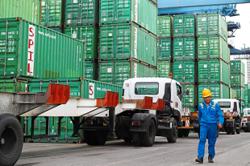