Taking a hit: A woman stands in front of a GE logo at a conference in Shanghai. The company’s RE business has been facing challenges due to inflation and supply chain pressures, reporting a loss of US$2.2bil (RM9.4bil) in 2022. — Reuters

The Boston-based conglomerate is grappling with inflationary headwinds, which were also flagged Tuesday by fellow industrials 3M and Raytheon Technologies Corp.

In addition, the US economy is cooling, business surveys showed, clouding the corporate outlook for the coming year.

In an interview, chief executive Larry Culp said that while demand for freight carriers was slowing, the company was confident a recovery in the aerospace industry and the need to reduce carbon emissions would underpin demand for GE’s products.

“We probably have a level of resiliency that will serve us well,” Culp told Reuters.

Culp said the company was still wrestling with inflationary and supply-chain pressures. He expects inflation to be a “test” for GE even as it adjusts its prices to offset higher costs.

GE is not alone. Raytheon expects labour and material inflation to cost it about US$2bil (RM8.54bil) in 2023, while 3M said inflation was boosting the cost of raw materials and logistics.

Culp said while GE had not seen any material improvement in supply-chain problems, it has sought to work around them.

For example, the company has deployed hundreds of employees at sites of its aerospace suppliers to ease some of the bottlenecks.

It also expects to burn cash in the March quarter, which tends to be its weakest.

The company’s RE business has been facing challenges due to inflation and supply chain pressures. The unit reported a loss of US$2.2bil (RM9.4bil) in 2022.

GE is reducing global headcount at the onshore wind unit by about 20% as part of a plan to restructure and resize the business.

Culp said the onshore business is expected to get a boost following the restoration of the tax credit for wind projects.

He said high inflation is also posing a challenge for the offshore wind business as it is making customers review the economics of their projects.

GE, which completed the spin-off of its healthcare unit earlier this month, has plans to spin off its energy businesses, including renewables, into a separate company next year. 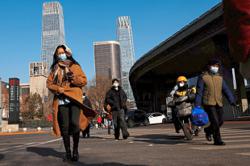 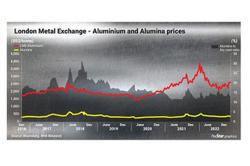