NEW DELHI/COLOMBO: The Export-Import Bank of China has offered Sri Lanka a two-year moratorium on its debt and said it will support the country's efforts to secure a $2.9 billion loan from the International Monetary Fund, according to a letter reviewed by Reuters.

Regional rivals China and India are the biggest bilateral lenders to Sri Lanka, a country of 22 million people that is facing its worst economic crisis in seven decades.

India wrote to the IMF earlier this month, saying it would commit to supporting Sri Lanka with financing and debt relief, but the island nation also needs the backing of China in order to reach a final agreement with the global lender.

However, China's Jan. 19 letter, sent to the finance ministry, may not be enough for Sri Lanka to immediately gain the IMF's approval for the critical loan, a Sri Lankan source with knowledge of the matter said.

According to the letter, China EximBank said it was going to provide "an extension on the debt service due in 2022 and 2023 as an immediate contingency measure" based on Sri Lanka's request.

At the end of 2020, China EximBank had loaned Sri Lanka $2.83 billion which is 3.5% of the island's debt, according to an IMF report released in March last year.

"You will not have to repay the principal and interest due of the bank's loans during the above-mentioned period," the letter said.

"Meanwhile, we would like to expedite the negotiation process with your side regarding medium and long-term debt treatment in this window period."

Sri Lanka owed Chinese lenders $7.4 billion, or nearly a fifth of its public external debt, by the end of last year, calculations by the China Africa Research Initiative showed.

"The bank will support Sri Lanka in your application for the IMF Extended Fund Facility (EFF) to help relieve the liquidity strain," China's letter said.

One Sri Lankan source, who asked not to be identified because of the sensitivity of the confidential discussions, said the island nation had hoped for a clear assurance from Beijing on the lines of what India provided to the IMF.

"China was expected to do more," the source said, "This is much less than what is required and expected of them."

In a letter directly addressed to the IMF, India said last week that the financing or debt relief provided by Export-Import Bank of India would be consistent with restoring debt sustainability under the IMF-supported program.

Another government source with direct knowledge of the talks told Reuters that Sri Lanka would likely share China's letter with the IMF and seek their opinion on its contents.

"That may be the best way to understand if this is in line with the IMF's expectations or stronger assurances are needed," the source said.

It is unclear what debt relief major lenders such as China - the world's largest bilateral lender - and India are willing to make further down the line.

Western countries such as the United States and multilateral lenders are pressing Beijing to offer debt relief to emerging economies in distress, and have criticised Beijing for slow progress.

However, news from Zambia on Monday suggests China could be playing a more proactive role. Speaking in the capital Lusaka, the head of the International Monetary Fund Kristalina Georgieva said the lender had reached an understanding in principle with China about plans to restructure Zambia's debt.

China will de facto accept NPV (net present value) reduction on the basis of significant stretching of the maturities and reduction of interest, Georgieva said.

Sri Lanka's foreign and finance ministries and China's foreign ministry did not immediately respond to questions from Reuters. 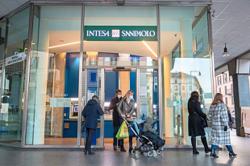 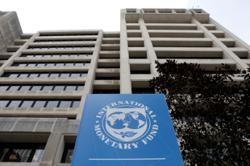