Gauging the most expensive expat cities

One of the issues with using the survey to define what cities are the “most expensive” is that it presupposes paying for everything in dollars, which of course most locals don’t. — Bloomberg

Asian cities typically feature high in the rankings, with Singapore tied with New York for the most expensive in 2022.

The Garden City has been at the top eight times in the past decade; Hong Kong is often up there (fourth this year), typically along with the likes of Tokyo and Osaka.

The Japanese cities, however, weren’t to be found in this year’s top 10, which can be explained by the weaker yen – it’s down 16% this year.

Their absence might be news to residents facing radically higher energy bills, even if inflation is running lower here than elsewhere.

This highlights one of the issues with using the survey to define what cities are the “most expensive” – it presupposes paying for everything in dollars, which of course most locals don’t (pity instead those of us being paid in yen and buying an iPhone this year.)

While of course a conversion is needed for comparability, locals are in fact altogether a secondary concern for the survey – something that explains some of its quirks.

Often left out of media reports is that the survey is “designed to enable human resources and finance managers to calculate cost-of-living allowances and build compensation packages for expatriates and business travellers,” according to its methodology.

Asia-Pacific cities rank high in the Worldwide Cost of Living survey, though Tokyo has tumbled due to the weak yen.

Still, currency fluctuations alone don’t explain its often-confounding rankings, which have irked me for years for frequently listing Osaka as being more expensive than Tokyo.

Anyone who has lived in both cities knows that this doesn’t ring true – Kansai’s largest city is much easier to live in on a budget, with prices for most things broadly identical to the capital except rent, where Tokyo is around 50% higher.

So why was Osaka voted the fifth most-expensive city in 2019, while Tokyo didn’t crack the top 10?

Perhaps it has to do with that methodology. Consider some of the items that go into making up the list: vermouth, six tennis balls, an international weekly news magazine (like The Economist?), colour film, pipe tobacco, veal and a compact-disc album.

Yes, vermouth and veal might cost you if you live in Osaka.

But you could drink shochu and eat sushi for much cheaper instead.

Osaka is a big city, but doesn’t cater terribly well to rich expats. The price basket might explain a few more quirks about why Asian cities rank so highly – it includes cheese, but not tofu; spaghetti but not noodles; cognac but not baijiu.

Creature comforts of home are important to worker happiness, of course, but much less so than they were 30 or 40 years ago.

Overall, it paints an image of the parachuted-in western expat – a breed that has been in severe decline for decades. The EIU said it had added categories such as streaming services, but maintains existing items for consistency over time.

Consider also one of the single biggest expenses on the list – the car. One of the reasons Singapore features so highly each year is because it’s so costly to own a vehicle, with the city-state actively working to make owning one prohibitively expensive to keep the growth in vehicle numbers low.

The EIU’s price basket includes several types of car, along with maintenance fees, insurance and gas.

But most residents of places like Singapore, along with Japanese cities and Hong Kong to name just a few, hardly need a car at all, thanks to extensive, convenient public transport systems.

That’s an item of value the index doesn’t capture. The EIU claims Singapore has “the world’s highest transport prices,” though a trip on its clean and efficient MRT costs only a few dollars.

Similarly, it compares tuition fees for international schools – vital perhaps in some locales, but used only by a minority of elite residents in many cities such as Tokyo, where elementary schooling is generally considered both high quality and is free.

The same applies to expenses such as a maid’s monthly wages – live-in help might be commonplace in Singapore and Hong Kong, but is rare in, say, Sydney, even for the well-to-do.

In short, the list seems to conjure up the image of a Mad Men-era businessman (clad, according to the price basket, in business suit, shirt and shoes, raincoat and wool mixture socks) or businesswoman (daytime dress, town shoes, cardigan, raincoat and tights or panty hose).

She whose children attend an elite French, German, American or English school, drives to work while the maid is cleaning, has a three-course dinner, and takes in the theater after work, before returning home for a nightcap of cognac.

That’s a lifestyle for some, but it’s a limited number. Let’s look at these ratings for what they are – the worldwide cost of living for expats with a very fixed way of life. —Bloomberg

Gearoid Reidy is a Bloomberg Opinion columnist covering Japan and the Koreas. The views expressed here are the writer’s own. 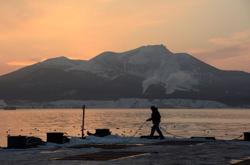 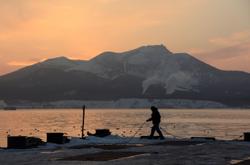