Saudi crude is mainly sold under long-term contracts, but these usually contain clauses that allow for variations in volumes delivered, either at Aramco’s behest or the request of the clients. — Reuters

SAUDI Aramco cut its key oil prices for Asia for January, as had been expected, but the key question is whether the drop is big enough to tempt refiners to buy more crude.

Aramco, the world’s largest crude exporter, trimmed the official selling price (OSP) for its flagship Arab Light grade to a premium of US$3.25 (RM14.24) a barrel over the regional benchmark Oman and Dubai quotes for January-loading cargoes.

However, the premiums are still high by historical standards, meaning that Saudi crude being supplied to Asia, which takes about two-thirds of the kingdom’s total exports, is likely to be more expensive relative to competitors from Russia, West Africa, the Americas and some other Middle Eastern producers.

Saudi crude is mainly sold under long-term contracts, but these usually contain clauses that allow for variations in volumes delivered, either at Aramco’s behest or the request of the clients.

This means that when Aramco’s main customers in Asia, of which China is the biggest, deem Saudi crude too pricey relative to competitors, they can ask for lower volumes, or if they need more crude, they can take contracted volumes and then buy additional cargoes from other suppliers.

This dynamic can be seen in China this year, with the world’s biggest crude importer dropping imports from Saudi in November, but boosting those from Russia and Angola.

China imported 1.72 million barrels per day (bpd) from Saudi Arabia in November, down from 1.87 million bpd in October, according to data compiled by Refinitiv Oil Research.

The boost in imports from Russia is likely because Moscow is selling crude at a discount to keep buyers or find new ones, as Western countries impose sanctions as part of efforts to punish it for its Feb 24 invasion of Ukraine.

It’s also likely that Angolan crude was cheaper than Saudi for November arrivals, as traders had reported that the West African producer had plenty of available cargoes for sale.The question for Asian refiners is whether the decline in the Saudi OSP for January-loading cargoes is enough for them to seek full contracted volumes, or even additional volumes.

The answer is clouded by the Russia situation, with two measures applying to Russian crude – a price cap by Group of Seven nations and a ban on imports by the European Union – both coming into effect on Monday.While traders expect Russia will be able to successfully navigate both obstacles, it’s almost certain to come at a cost.

Russian crude will have to be offered at a discount, possibly to the point where the US$60 (RM263) a barrel price cap becomes irrelevant.

The real challenge will be obtaining sufficient tanker capacity and ensuring that cargoes can be financed and insured.

While these difficulties are likely to be resolved over time, the uncertainty of working out the process may mean Asian refiners prefer the certainty of Saudi cargoes, even if the price is less attractive.

But refiners must also anticipate demand for products, and the outlook is uncertain as well.

China is also a bit of a wild card currently, with hopes that looser Covid-19 restrictions and Beijing’s efforts to stimulate a sluggish economy will boost fuel demand in the new year.

But equally, there is concern that rising Covid-19 cases may spook the authorities and lead to a return to strict containment measures, which raises the possibility of more social unrest. — Reuters 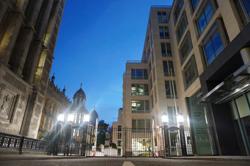