MIDF Research says government subsidies and grants for livestock farming in Malaysia could potentially help sustain Leong Hup’s margin by reducing the impact of price controls on chicken and eggs.

earnings recovery momentum is expected to be sustained in the fourth quarter of this year (4Q22), but margin compression will persist in the near term with raw material costs for livestock and poultry still high.

The group’s vertical integration of poultry, eggs and livestock feed, and geographic diversification across countries could partially mitigate against any downside.

MIDF Research said government subsidies and grants for livestock farming in Malaysia could potentially help sustain Leong Hup’s margin by reducing the impact of price controls on chicken and eggs.

According to RHB Research, the company’s strong earnings recovery momentum should continue into 4Q22 due to seasonal demand and serve as a reflection of lower feed costs.

However, the operating environment in Indonesia has remained challenging and should continue to be a drag on Leong Hup’s earnings, thereby offsetting some of the growth from other markets, said RHB Research.

TA Research expects the lifting of the export ban of broiler chickens to Singapore to contribute positively to the group’s Singapore poultry segment earnings before interest, tax, depreciation and amortisation, which have underperformed despite the resumption of economic activities.

Additionally, the subsidy for price-controlled chicken eggs was raised to eight sen per egg, effective Oct 12, 2022, from three sen per egg previously.

This should improve the results of the 54.6%-owned subsidiary, Teo Seng Capital Bhd

Prices of main raw materials such as corn and soybean meal are both down about 18% and 16%, respectively, from their peaks and have since stabilised.

TA Research revised its target price (TP) for Leong Hup to 70 sen per share from 53 sen previously, based on 12 times FY23 earnings per share. It reiterates its “buy’’ call on the stock.

HLIB Research raised its FY22 to FY24 core net profit forecasts for the company by 44.8%, 6.8% and 6.8%, respectively, to account for subsidy payments for FY22 and a higher operating margin assumption for its livestock feed segment.

It also upgraded the stock to a “buy’’ call with a higher TP of 60 sen per share.

MIDF Research cited downside risks to its forecast as a substantial increase in the cost of raw materials, adverse regulatory change and fierce competition. 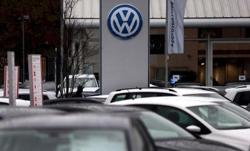