Indian cinemas count on US blockbusters to lure back movie fans

Indian cinemas have had to contend with unprecedented changes in preferences in the country of 1.4 billion people, who have ready access to vast amounts of content on streaming giants like Netflix and Walt Disney. – Reuters

NEW DELHI: India’s large cinema chains are banking on American blockbusters and popular local-language films to lure movie fans back to theatres as the industry seeks to overcome challenges from changing tastes to the rise of streaming giants.

“We should have some great numbers,” he said in an interview in Mumbai, without providing a forecast for box office takings.

That echoes optimism from Kamal Gianchandani, the head of business planning and strategy at PVR Ltd, India’s largest multiplex operator, who told analysts last month that the upcoming slate will “perhaps surprise a lot of people on the upside.”

The buoyant outlooks come after an extended downturn for the industry, which has struggled to revive itself after the Covid curbs in India and lockdowns that hammered revenue and permanently shut many theatres.

Inox and PVR recorded bigger-than-expected losses in the last quarter and occupancy rates were less than 25% across both chains, which together run more than 1,500 screens in over 100 cities.

Theatres have had to contend with unprecedented changes in preferences in the country of 1.4 billion people, who have ready access to vast amounts of content on streaming giants like Netflix Inc and Walt Disney Co.

Inox’s and PVR’s plans to merge, announced in March and estimated by Tandon to be completed by March 2023, were spurred in part by the onslaught of digital platforms.

A broader sense of malaise has also settled over the Hindi-language film industry. A series of Bollywood movies, usually sure-fire money-makers for cinemas, have flopped while regional-language offerings have proved unexpected global hits.

Those headwinds are hampering the industry’s much-anticipated rebound. Exhibitors will see a 25% to 30% rise in audience numbers in the three months ending Dec 31 from the previous quarter, according to Karan Taurani, an analyst at Elara Capital in Mumbai.

Hindi-language box office collections will hit 30.3 billion rupees (US$371mil or RM1.67bil) this financial year, or 80% to 85% of pre-pandemic levels, he said, adding the next year will see a full recovery.

Entertainment executives and analysts say Indian audiences have become more discerning after being exposed to well-produced local and international content served up by global streaming giants during pandemic lockdowns, threatening the draw of established cinema houses.

“I’ve never seen the kind of evolution in taste as I’ve seen in the last two and a half years,” Monika Shergill, vice-president for content at Netflix’s India business, said.

“The flip side is that they’re more open to experiencing the new. They’re also quick to dismiss what feels old or hackneyed.”

That seems to include some of the country’s top draw-cards.

“Films are not working,” Akshay Kumar, one of Bollywood’s top actors, said in August. “It’s our fault, it’s my fault.”

What has brought Indians to the silver screen has been outside of the Bollywood heartland of Mumbai. Once seen as a parochial creative backwater, southern India’s movie-making industry has produced some of the biggest hits this year, including action epics K.G.F. 2 and RRR. — Bloomberg 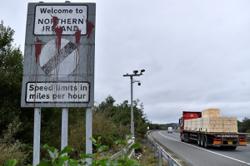 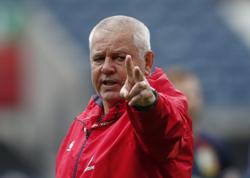