OIL futures inched lower on Friday as a firm dollar weighed on prices ahead of key U.S. jobs data, although benchmarks were headed for a weekly gain on OPEC+'s move to cut production.

Fed Governor Lisa Cook, Chicago Fed President Charles Evans and Minneapolis Fed President Neel Kashkari all stressed the fight against inflation was ongoing and they were not prepared to change course.

Markets will keenly watch the U.S. nonfarm payrolls report due later on Friday, with economists forecasting 250,000 jobs were added last month, compared with 315,000 in August.

"Oil is leaking lower in Asia, which is not so unusual after a big run-up heading into the weekend, especially against rising U.S. yields and a stronger dollar providing the downdraft and triggering some pre-weekend and pre-nonfarm payroll profit-taking," Stephen Innes, managing partner at SPI Asset Management said in a note.

However, both benchmarks were headed for weekly gains, fuelled by producer group OPEC+'s output cut announcement.

The cut from the Organization of Petroleum Exporting Countries and allies including Russia, together known as OPEC+, is the largest since 2020 and comes ahead of a European Union embargo on Russian oil. The decision would squeeze supplies in an already tight market, adding to inflation.

"Market sentiment was already bearish in anticipation of a weakening global economy, and this decision should further tighten the market," analysts at ANZ Research said in a note.

U.S. President Joe Biden expressed disappointment on Thursday over OPEC+'s plans and he and officials said the United States was looking at all possible alternatives to keep prices from rising.

Some of those options include releasing more oil from the Strategic Petroleum Reserve or exploring a curb on energy exports by U.S. companies.

"More SPR releases are being largely offset by lower production from UAE and Kuwait, still keeping the market in deficit in the fourth quarter," JP Morgan analysts said in a note, adding Brent prices could re-test $100 per barrel this quarter. - Reuters 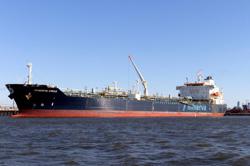