Ferrari a safe bet for investors LONDON: Investors looking for a safer place to put their money as a downturn threatens markets could do worse than buy shares in Ferrari NV.

That’s the view of Morgan Stanley analysts who said in a note that the luxury vehicle-maker is “as close to recession proof as it gets” among stocks the firm covers.

Analysts including Adam Jonas reiterated their “overweight” rating on Ferrari, fuelling buzz around the sector on the eve of an initial public offering of sports-car maker Porsche AG.

Morgan Stanley updated its assessment of the Maranello, Italy-based company to include the new Purosangue – Ferrari’s first ever four-door production vehicle and its “first spin on the ‘don’t call it an SUV!’ genre,” according to Jonas. The car should sell for about €390,000 (US$373,000 or RM1.7mil), the Wall Street bank said. — Bloomberg 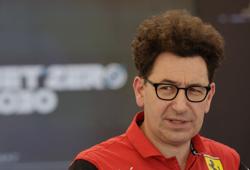