People are dwarfed against the financial skyline as they take photos of the Merlion statue along the Marina Bay area in Singapore. — AP

SINGAPORE: Singapore looks like an attractive location for firms wanting to exit Hong Kong, but they may find a move to the city-state hits their bottom line more than expected.

With inflation soaring to the highest level in 14 years, expenses including the hiring of talent, office space and utilities are rising at a faster pace in Singapore than in its financial rival, where price increases have been more modest.

Accelerating prices haven’t stopped the rate of new business formation in the South-East Asian city-state from reaching a 17-month high in August.

In Hong Kong, the number of new local businesses has held roughly steady with 2021’s pace but is down from a peak in 2017.

Hong Kong is the most expensive office market in the world, but unpredictable virus guidelines and political uncertainty has plagued its economy, forcing landlords to cut office rents in core business districts through June by 4% from December.

In contrast, the cost of rent in Singapore’s central business area accelerated for a third quarter, continuing its upward momentum.

Singapore’s rental costs still remain well below Hong Kong’s, and even Beijing’s, according to a report by real estate investing firm JLL Singapore, but the gap is narrowing.

Singapore has scrapped the majority of its Covid-19 restrictions, including mask wearing in most places, taking strides towards normalcy and a full reopening to the world with the aim of luring more white-collar talent.

“As a result of earlier quarantine clampdowns, labour tightness has been an issue for both hubs,” said a source.

Singapore’s ratio of job vacancies to those unemployed reached a historic high in the second quarter.

That resulted in salaries for new job offers rising faster than those in Hong Kong in many key sectors last year.

Numbers aren’t available yet for this year, but pay increases for civil servants, which can have a knock-on effect on the private sector, have shown some notable differences.

Singapore’s civil servants are expecting a pay raise ranging from 5% to 14% this year, while Hong Kong proposed a 2.5% boost.

Hong Kong regulates its two electricity providers, but it isn’t immune to the energy price increases that swept the globe following the war in Ukraine.

The North Asia financial hub’s electricity prices jumped in 2021 before settling down this year, only to be outpaced by Singapore, which saw its latest electricity inflation rate rising to the highest on record.

“Higher manpower and rents may slow business formation but will probably not derail the rising trend,” said Maybank’s Chua.

For firms thinking of a move, or starting from scratch, a key question is how long these trends will continue.

Is Singapore at the start of a boom cycle that will see costs outpace Hong Kong for years, or will Hong Kong’s prices pick up pace now that the city is starting to move past the toughest of its Covid-era restrictions?

Until that becomes clearer, other structural factors may prove decisive for companies trying to make a decision now.

Those include the intensifying geopolitical rivalry between the United States and China, Hong Kong’s national security laws and the diversification of supply chains towards Asean countries. — Bloomberg 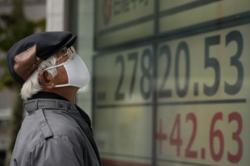