He continues to have 30 million or 2.8% in the Citaglobal Irredeemable Convertible Preference Shares.

The 32.1 million shares disposed of by Uzir were acquired by the Yang di-Pertuan Agong Al-Sultan Abdullah Ri'ayatuddin Al-Mustafa Billah Shah, who has now increased his stake in the company to 12.4% from 9%. 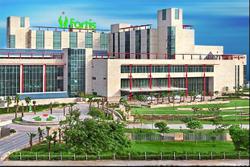