LONDON: Britain’s cost of living crisis is claiming another casualty: the Aga.

More and more families are removing their Agas as rocketing energy prices make the cast-iron ovens expensive to operate.

Originally designed to burn coal and be switched on 24/7, the Aga is an energy guzzler and now even owners of more modern electric models are finding them too costly.

Jack O’Dwyer, a Blackpool-based oven remover, has taken out 35 Agas this year and received at least 100 phone calls from people across the country looking to sell.

O’Dwyer said he won’t buy Agas from their owners as he wasn’t confident he could find a buyer. One recent client was paying £10 (RM52) a day to run her brand new electric Aga and had it removed after just six months, he said.

“It’s always a dream come true for people to have them but it’s just crucifying that they can’t hold onto them,” said O’Dwyer. “£70 (RM366) a week is outrageous for a cooker.”

The Aga was originally designed in Sweden but has a huge following in the UK, with some owners naming their ovens and considering them part of the family.

Available in a range of colours, Agas can have as many as five ovens at different temperatures and two hobs.

The unusual always-on functionality lets them use indirect radiant heat to cook food and means you don’t have to wait for an oven to preheat. They have been made in Telford, England, since the 1940s and are a status symbol in rural family homes.

A Facebook group entitled “I love my Aga!” has 16,800 members and currently the community is sharing advice on how best to save energy while running the appliance.

O’Dwyer has seen owners moved to tears when he’s had to remove their beloved Aga.

Julie Bradbury, a married mother of two in Aberdeenshire, Scotland, is studying how much energy her electric Aga uses in order to decide whether to keep it.

Even with a new package of support for households from Liz Truss’s government, her energy costs have still doubled since this time last year “which isn’t inconsequential,” she said.

“It’s not just an oven,” said Bradbury, who uses her Aga, dubbed ‘The Blue Baby’ for its duck egg hue, to dry laundry and iron clothes. “Agas become a significant part of your life. It would be a big loss.”

To be sure, owners of Agas, which cost thousands of pounds, aren’t typically the biggest victims of a cost-of-living crisis which is hitting everything from gas to basic groceries.

Some of the most cash-strapped people are increasingly turning to food banks and using buy-now-pay-later loans for essential purchases. Many this winter may face a choice between heating their home or eating three meals a day.

Invented 100 years ago, the Aga was bought by US kitchen equipment maker Middleby Corp in 2015. — Bloomberg 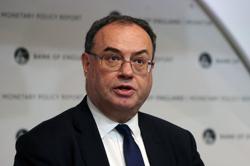