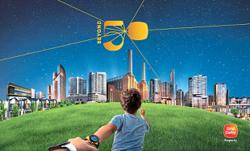 KUALA LUMPUR: Stocks to watch for on Friday include Velesto Energy

and others with recent earnings announcements, according to JF Apex Research.

Velesto Energy Bhd after it won a work order for up to RM60 million from Petronas Carigali Sdn Bhd.

rose to 94.78% after its takeover offer ended on Thursday, paving the way for the latter’s delisting.

Meanwhile, JF Apex said the FBM KLCI could extend its bullish momentum towards the resistance of 1,510 points following the recent rebound.

The US market surged overnight following investor optimism ahead of the Federal Reserve chairperson's speech at the Jackson Hole symposium.