HANOI: Many British investors are seeking investment opportunities in Vietnam in the hope of cashing in on free trade agreements (FTAs) that Vietnam has signed with the United Kingdom and other economies worldwide.

The UK-Vietnam Free Trade Agreement (UKVFTA), which officially took effect in May 2021, was one of the first trade deals inked by the UK after it left the European Union (EU) by the end of 2020, which reflected the importance of Vietnam in the UK’s trade policy.Bilateral trade and investment between the two economies have grown significantly with a growth rate of 17% last year.

Data of the Foreign Investment Agency under the Ministry of Planning and Investment showed as of October 20, 2021, the UK had 439 valid projects amounting to nearly US$4bil (RM18bil) in registered capital in Vietnam.

Many big companies in many industries such as Dragon Capital, Standard Chartered, Diageo, Prudential, AstraZeneca, HSBC, Unilever and Jardines have established their operations in Vietnam and played important roles in developing certain sectors of the economy including finance, medicine, education, fashion and cosmetics.

Now, besides large companies, many UK small and medium-sized enterprises stand to gain significantly from the UKVFTA and other 14 FTAs that Vietnam has signed with more than 50 countries around the world.

“We see there was a spike of interest (from UK businesses) from March onwards, in conjunction with (Vietnam’s) opening up of borders, which made it much easier for investors to come to the country,” said Maria Kotova, a global business development manager and senior advisor from Dezan Shira & Associates, a professional services firm that provides foreign direct investment services for investors worldwide.

They include it being a fast growing middle income country with a population of almost 100 million and gross domestic product recorded last year at about US$362.6bil (RM1.6 trillion); a cheap and skilled workforce which has increased productivity and competitiveness over time; and attractive tax incentives, for example, corporate income tax of 10% if a company invests in technology for 15 years, compared to the traditional 20% on the market.

According to data from the National Wages and Productivity Commission, while not the lowest in South-East Asia, Vietnam’s average monthly wage is around one-third lower than wages in the Asean-four nations (including Thailand, Malaysia, the Philippines and Indonesia) and around half of those in China.

However, most notably is broad and easy trade access to the entire region thanks to wide-ranging FTAs that Vietnam has signed with different blocs and countries which enable low tariff rates, Maria said.

She noted a lot of companies are either staging or establishing production facilities in Vietnam. — Viet Nam News/ANN 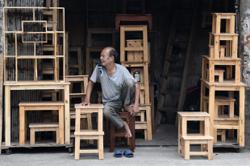