BENGALURU: BHP Group Ltd reported bumper profits on Tuesday on the back of gains in prices of coal and other commodities, and declined to rule out a second approach in its spurned $6 billion bid for OZ Minerals.

Shares in the world's biggest miner by market value rose 5.5% after a greater-than-expected 26% rise in earnings to $21.3 billion for the year ended June 30 - its highest since 2011 - and the announcement of a record dividend.

Flushed with funds and more nimble after unifying its London and Sydney public holdings, BHP is back looking for acquisitions and on Aug. 8 offered to buy copper and nickel miner OZ Minerals in a A$8.34 billion ($5.8 billion) deal - its second takeover bid in a year. The offer was declined.

"We have lots of levers for growth and M&A is just one of those levers... we will remain disciplined," said BHP Chief Executive Officer Mike Henry in an earnings briefing.

Henry did not comment on whether BHP would return to OZ Minerals with a revised offer. Shares in OZ Minerals were up 1.2% at 0230 GMT while the Sydney benchmark was up 0.5%.

"It's nice to have but not a must-have," Henry said, referring OZ Minerals. "It's pretty disappointing that the board (of OZ Minerals) chose not to engage."

The leap in underlying profit from continuing operations beat a consensus estimate of $20.89 billion compiled by Vuma Financial.

Copper prices have fallen 25% since touching a record in March because of a growth slowdown in top consumer China and aggressive interest rate hikes that threaten a global recession.

The bid for OZ Minerals, along with the merger of its petroleum business in June, shows BHP has excess cash flow and is looking to expand, said Azeem Sheriff, a market analyst at CMC Markets.

"The copper and energy space is really positive for the company and that's been flowing through in step-forward guidance as well," Sheriff said.

RBC analysts said in a note: "BHP retained $4bn of cash despite finishing with net debt of $300m, indicating to us that the balance sheet remains prepped for further M&A."

For the fiscal year ended June 30, shareholders will get a final dividend of $1.75 per share, making a peak annual distribution of $3.25 per share, at a time when other miners have cut investor returns to contend with declining profits.

The miner said it will assess options to expand production at its top iron ore producing unit to 330 million tonnes a year, and continue to explore growth options in "future-facing" commodities like copper and nickel.

BHP warned of a slowdown in advanced economies as monetary policy tightens, and said it expects labour constraints to continue to put pressure on global and local supply chains.

Henry however said he was optimistic about China and its return from COVID-19 lockdowns should boost demand for resources. "We expect China to emerge as a source of stability for commodity demand in the year ahead, with policy support progressively taking hold," he said. 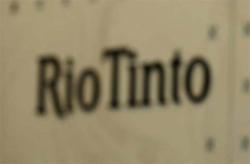 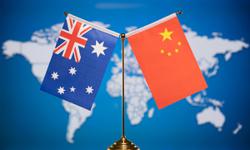