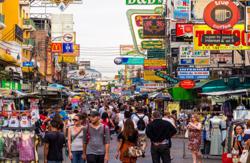 Europe’s bond investors, caught between a central bank raising rates for the first time since 2011 and the prospect of a recession, are braving some of the wildest swings on record by some metrics. The yield on Germany’s benchmark bond has oscillated 10 basis points on almost 80 days this year – something that happened only once in 2021. Hedging costs across euro rates markets have soared.

FRANKFURT: One of the sleepiest debt markets in the world has woken up, ripping up the playbook for traders and companies alike.

Europe’s bond investors, caught between a central bank raising rates for the first time since 2011 and the prospect of a recession, are braving some of the wildest swings on record by some metrics.

The yield on Germany’s benchmark bond has oscillated 10 basis points on almost 80 days this year – something that happened only once in 2021.

It’s a regime change for traders numbed by years of easy money and central bank bond buying that’s kept the market subdued. They’re in the dark after European Central Bank (ECB) officials said they would no longer give a steer on upcoming policy decisions.

That’s left the market at the mercy of economic data and Russia’s threat to further curb gas supplies, which would stoke inflation already running at a record pace.

“Rates volatility has seen an explosion in activity,” said Phillip Pearce, an associate at Validus Risk Management. “Without any firm guidance, the market is free to price in whatever the data warrants.”

The fallout is palpable. Investors say it’s becoming more difficult to execute orders in some corners of the market. European companies are reluctant to issue debt or buy prohibitively-expensive protection against price swings.

While volatile conditions are what traders usually dream of, some market players are hesitating to take on larger positions, creating a self-amplifying cycle of deeper swings as liquidity dries up.

Of course, European markets aren’t the only ones being tossed around. Volatility in Treasuries has crushed liquidity, and with the US Federal Reserve now taking an explicitly data-driven approach to policy, it could be setting the market up for shocks.

The Bank of England said last week that monetary policy would not be on a “pre-set path,” opening the door for further upheaval.

But for Europe’s safest assets to experience this kind of turbulence is deeply unusual. And it lays bare the challenges the ECB faces as it weans a region off the promise of cheap money in the midst of a full-blown energy crisis.

Since April, the German two-year yield has ended the day 20 basis points lower three times and 20 basis points higher once. Bonds were buffeted on the one hand by data that showed the economy was in a weaker state than expected, and by hawkish messaging from officials on the other.

Moves of that size haven’t been seen since the depths of the eurozone crisis in 2011.

The convulsions have spurred institutions to seek protection in derivatives markets, driving up the cost of hedging via so-called swaptions, which give buyers the right to enter into an interest-rate swap agreement. Demand has been particularly acute in shorter-dated expiries.

Ahead of the ECB meeting last month, the implied volatility on the three-month, two-year tenure peaked at the highest in data going back to 2011.

Making matters worse, players who would normally take the other side of the trades started to disappear, according to Pascal Amiel, co-head of fixed-income and currency markets at Natixis CIB.

“The products where investors are selling volatility and which could have restored some balance to the market – we don’t have them,” said Amiel. — Bloomberg