In a filing with Bursa Malaysia today, the company attributed the higher net profit and revenue to the increase in total transactions which grew 35.0 per cent y-o-y to 36.1 million, as well as contributions from new stores, which increased 20.1 per cent y-o-y from 827 to 993.

"The higher revenue is also consistent with the nation entering the transition into the endemic phase from April 1 which led to the opening of more economic sectors, the gradual normalisation of consumer spending and the higher spending levels due to the festive season,” said the home improvement retailer.

It also said that the y-o-y increase also takes into account the temporary closure of some stores during the corresponding quarter last year.

The group reported basic earnings per share was higher at 1.43 sen compared with 0.87 sen.

It also today declared an interim single tier dividend of 0.6 sen per ordinary share or approximately RM56.6 million in respect of the financial year ending Dec 31, 2022 to be paid on Sept 21, 2022 to shareholders of the company whose name appears in the Record of Depositors on Aug 25, 2022.

On prospects, the group remains cautiously optimistic on its prospects going forward and is cognisant of the impact inflation and rising interest rates have on disposable incomes.

"Moving forward, the market is going to be more sensitive to external impact; agility and responsiveness will be key tenets of management’s philosophy.

"We will continue to focus on our objective of delivering sustainable growth and long-term stakeholder value via our store expansion strategy while maintaining operational efficiencies and keeping costs at optimal levels,” it said.

The target is to open a further 87 stores across all brands for a total of 180 new stores in 2022, hence growth will be driven by consistently delivering on the promise of "Always Low Prices”, providing customers with a breadth of choices via the group’s 18,000 product SKUs, coupled with the convenience and accessibility of its more than 900 stores nationwide, it added. 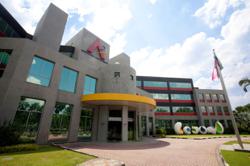