After UK, TNB bids for more RE projects in Europe 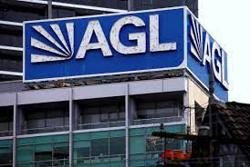 via its New Energy Division (NED) is focused on exploring new markets to grow its renewable energy (RE) portfolio by building capability and gain access to technology and market knowledge, president and chief executive officer Datuk Baharin Din said.

"We are already bidding. We have submitted proposals in Ireland and Australia so far, some of which the results will be known within this year,” he said at the editor’s media briefing here today.

"As we speak, there are ongoing work on this,” he said, adding that on all the current bids, TNB was going alone, but open to the idea of collaboration in term of funding with other Malaysian companies.

TNB is also eyeing Spain and France, he said.

There is huge potential in Europe due to its green energy commitment.

"We are going in as investor as well as a utility player. We are going into countries that are matured and we can learn from (technology transfer) including the process of commercialisation.”

Vantage RE had recently completed a GBP275 million (RM1.5 billion) financing exercise through refinancing of its Vantage Solar UK (VSUK) portfolio of solar power plants in the United Kingdom.

The 365 MW solar portfolio comprises 24 ground-mounted solar PV plants located across England and Wales, and makes an important contribution to the UK’s supply of clean energy.

Baharin said TNB then intended to bring this technology to Southeast Asia and other potential markets.

He said NED’s strategy is anchored on moving into greenfield development of RE assets to increase returns and optimise funding through capital recycling as well as tapping into global capital markets for RE investments.

It also aims to increase participation in solar, offshore and onshore wind to potentially capture 14 GW of RE capacity by 2050, he said.

Asked on the domestic market, Baharin said there were limitations, "the total RE you can get in any system is 30 per cent of solar power, the rest of the day you need conventional power”.

Hence, due to the kind of limitation any country will limit the RE capacity and for Malaysia is between 25 per cent and 35 per cent.

"Because of that technical limits, we have to be elsewhere if we want to grow our RE.” - Bernama 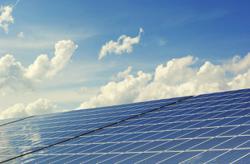