Smaller banks to reap most benefit from OPR hike

According to the research house, while the normalisation in the monetary policy will be moderately positive for banks, the three smaller institutions will see the biggest net interest margin (NIM) expansion and earnings boost.

"For the large banks, NIMs expansion of 2-4bps would translate into earnings uplift of 1-2%," it said.

RHB expect banks to raise base lending rates and base rates by the full 25bps.

It said deposit rates, namely for fixed deposits, should also rise by the same quantum, although the full transmission to higher funding costs will only be evident after deposits are fully re-priced in three to four months.

In the event of a third 25bps rate hike in September, the cumulative earnings uplift would improve to 2.2%.

"We believe there are risks the upward revision in net interest income could be somewhat offset by potentially lower fee income, given the volatility in financial markets.

"Currently, we are projecting a 5% YoY growth in sector earnings for FY22F," it added, while reiterating its "overweight" call on the sector. 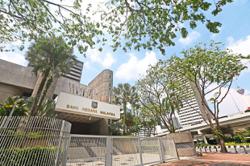