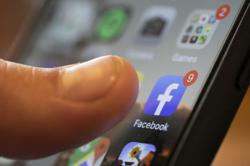 EVERYONE loves a relatable story. Which is why organic content, besides paid content, is important in creating a positive company brand and image when engaging audiences and building communities online, said LinkedIn Marketing Solutions head of online sales, Sammy Elazab.

“You are reaching out to humans. Show content that reflects the values of your company’s culture. This will keep them engaged and wanting more.”

He was speaking on “Building Communities through an Organic and Paid Strategy on LinkedIn’’ during Star Media Group‘s MarCom Tech Live Virtual Conference.

Sammy explained that organic content will build and nurture existing communities and followers, while paid content reaches and attracts new audiences to your brand.

“Our research shows that page followers exposed to organic and paid content are 61% more likely to engage or convert towards a paid action compared to those only exposed to paid media.

“Brands that did a combined organic and paid strategy also saw 14% more conversions and 12% of cheaper cost for leads compared to brands who did only a paid strategy,” he said.

To build and nurture a strong community and following using organic and paid distribution in LinkedIn, Sammy said companies must first begin by optimising its LinkedIn company page by turning the page into a “home” for the community – which consists of company, showcase and product pages.

Secondly, create viral content that attracts fans – keeping them engaged using creative, emotional and distinctive content to the point that they are compelled to share them with their network.

“Less is more. Keep visuals clean and distinctly you (your company) to make a clear impact.”

Finally, Sammy advised companies to leverage on their employees to share the company posts; use up to three hashtags (generic, unique or event/campaign); as well as A/B testing (an experiment where you test two variations of a piece of content to see which performs better) to push out organic content.

“Leverage your employees as a third distribution tactic as they have five to 10 more connections than companies have followers, and their connections reach a far more relevant audience than your company’s page because people trust people over brands,” he said, adding that posts shared by employees generate twice the click-through rate.

When it comes to paid content, Sammy pointed out that companies can use it to control the “who, when and how many” which will help them reach their intended target audience and content performance.

However, he cautioned companies to be weary of hypertargeting.

“Any benefits from personalisation are almost certainly cancelled out by the increased complexity. Personalisation makes your marketing less agile and more expensive to produce.”

He called on organisations to make budgeting a habit, pointing out that companies regularly spend all their quarterly budget in the last month of the quarter.

“It’s called spike spending and it is not effective for continuous engagement. Consistent spending, on the other hand, will increase click-through rate significantly over time.”

“It allows the actual content to build momentum to deliver a much more cost effective and impactful campaign,” he said, adding that companies can utilise LinkedIn’s Campaign Manager Tool for better optimisation.

Sammy concluded that the best strategy for building an online community via LinkedIn is to leverage both organic and paid tactics to reach new audiences and nurture your community of fans and followers.

LinkedIn was the exclusive Tech Titan sponsor of the conference, organised by Star Media Group as part of the group’s #digitalXdata 2022 event series.

Sammy Elazab spoke at the Future of MarCom session on Day ONE. To rewatch his session, visit bit.ly/marcom-linkedin. 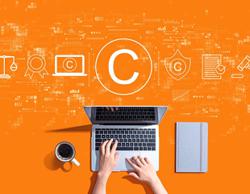 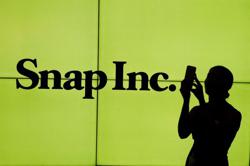