WASHINGTON: India and Malaysia are among several Asian countries restricting exports of certain key commodities as nations try to safeguard supplies over concerns of food security and inflation.

Thai producers of sugar, chicken and rice look set to benefit as they enjoy strong harvests this year after back-to-back droughts.

Meantime, Brazilians faced the highest-ever levels of hunger in the pandemic, disproportionately affecting the poor and women.

In the United States, consumer spending held up well despite decades-high inflation, and showed more evidence that they’re dipping into their savings to support purchases. China’s economy remained deep in a slump in May as lockdowns continued to weigh on activity.India will restrict sugar exports as a precautionary measure to safeguard its own food supplies, another act of protectionism after banning wheat sales just over a week ago. The country was the world’s biggest sugar exporter after Brazil last year, and counts Bangladesh, Indonesia, Malaysia and Dubai among its top customers.

The double crises of Russia’s invasion of Ukraine and China’s new pandemic lockdowns are jolting the world recovery by exacerbating inflation and hurting growth, according to new research from Bloomberg Economics. — Bloomberg 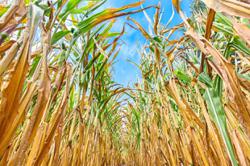