The self-fulfilling prophecy of digital ads 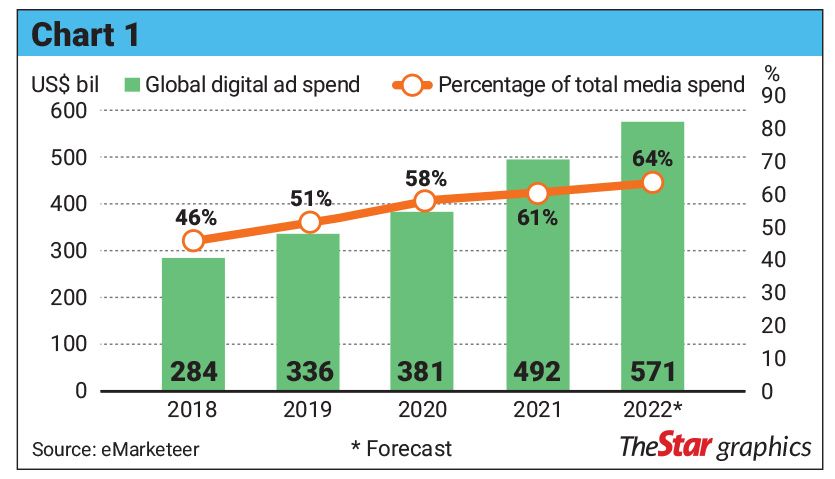 IT was just another day at work when I saw a paid digital advertisement by the same “investment education group” which appeared across my social media account no less than three times.

The first time was in the morning while I was scrolling through Facebook. The second time was when I was watching a YouTube video shared by a colleague.

The third time was when it popped-up in my work email (which was subscribed to an online news portal), with the captivating title something along the lines of the “Future Is Now - Next Investment Opportunities”.

The similar ad appeared on all channels within the same day.

Usually, such cheesy email marketing content would automatically go into spam. Somehow, this one managed to avoid it and made its way into my inbox. Curious, I decided to open it to explore “The Future”. After all, who would want to miss such a great opportunity to get rich?

Well, safe to say, I was quite disappointed with the content as it was again from the same bunch of unlicensed, heavy spending, overcharging “investment education providers” whose goal appears to prey on honest, hardworking common people who wouldn’t know better.

Technology giants like Meta and Google have dominated the social media space and found ways to monetise their services via digital ads. By cornering the ad spend market, it provided large source of recurring revenue to these technological giant.

Due to advance algorithms processing individual data which can easily influence content results across search engines, social network, podcast, video platforms and even useful business tools like emails; these companies further entrenched their dominating position in the market.

They have overwhelming influence on the everyday lives of ordinary folk, for better or worse.

Take a look at Chart 1, where you can see the increasing digital ad spend for the past few years in spite of many people suffering throughout the pandemic economically. What does this tell you?

While traditional ad spend (think billboard, newspaper, cable TV, radio etc.) continues to decline as a result of the slower economy, pandemic lockdowns and changing consumer habits, the business of digital ads is better than ever.

If anything, the pandemic has further boosted the digital ad spend globally.

There is no doubt the erosion of the traditional media market share is real and the digital ad market share of total media ad spend is close to 60% now.

This is why we can see all sorts of industries jumping on the bandwagon to fight for the increasingly short attention span of consumers.

While I am actually not against digital ads for products, I am particularly bothered with the misleading content with little to no evidence to substantiate its claims. It is just like the infomercials back in the 1980s and 1990s where anything gets to go on the television so long as one is willing to pay.

I often question the ludicrous level of exaggerations and self-proclamations of success by these digital ad personalities, yet it never fails to amaze me on the number of individuals who fall for such tactics. Bear in mind, these are not just the vulnerable segment of society. There are in fact many successful professionals and corporate leaders who similarly fall victim to these ads.

The worst are the scams disguised as digital ads, and we see it mostly related to eCommerce, marketing, investing, cryptocurrency and get-rich-quick schemes. This content is far from sophisticated but often carries an underlying message, “Feeling down about your life? Do you want to make a change and give yourself a chance to become successful like me? Well, look no further, all you need to do are three simple steps and it starts with you signing up for this free masterclass.” Sounds familiar?

An illusion of truth

“Repeat a lie often enough and it becomes the truth.” This law of propaganda was often attributed to the Nazi’s Minister of Propaganda, Joseph Goebbels. Human psychology is fascinating and although it is far beyond my area of expertise, I do admit seeing it come into play in many facets of our daily lives.

We see politicians putting up wonderful impressions to the people, or in other words, playing to the gallery, when they are the very ones who are taking the people for a ride. We also see this happening now across social media and digital platforms. Anyone with a smart phone can become an influencer or opinion expert regardless of their actual aptitude and experience.

The original MasterClass concept is an online education subscription platform that has more than 1,000 hours of lessons from the most successful people across all fields such as that of sports, performing arts, sciences and many others.

You see names like Steph Curry, Gordon Ramsay, Paul Krugman, Anna Wintour, Bob Iger and even leaders of a country, the likes of former president Bill Clinton. That is what the brand MasterClass represents. Half-past-six characters have no place calling themselves “Master Trainer” and definitely no place naming their dubious courses “MasterClass”.

It is a complete insult to the founders of MasterClass and their global paying subscribers.

At times, we want to do our best to empower ourselves to get to the next level. We want to make it in life. It is necessary to project self-confidence as well as selling or marketing yourself.

There is also nothing wrong with building your own personal brand. But where do one draw the line? In the age of social media like the one we live in today, it is extremely easy to fall into a loop of self-delusion. The world of digital ads can lead to a self-fulfilling prophecy built on false pretense and idolhood.

This is the key to the pandora’s box which if left unattended will poison the minds of many potential talents of a nation. It is true that traditional media is being overrun by digital and social media, but what separates it is the professionalism of its newsroom and editorial section.

So long as integrity and journalistic ethics are upheld within the newsroom, the advertising arm should be wary and stand by the value which the organisation represents when deciding which ads to run, regardless of the ad spend amount. Quality content is what matters to readers - it always has and always will be. 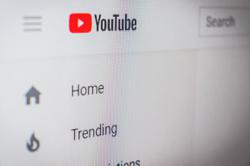