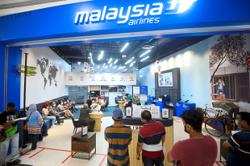 KUALA LUMPUR: Malaysia Airlines Bhd (MAB) is questioning the need for more capacity in the industry with new airlines set to take to the skies in the country.

As MYAirline Sdn Bhd is expected to launch soon, MAB group chief executive officer and managing director Capt Izham Ismail is concerned about the overcapacity in terms of seats in Malaysia which has a population of only 32 million.

“Do we really want to flood the market with capacity that is free for all, or do you want to make the airlines in the country profitable.

“If you want the gross domestic product of the country to increase, you need more companies which are profitable and sustainable. If you have more capacity, you make things worse.

“My fear for the new airline is that it may derail the sustainability of existing airlines with unnecessarily more capacity which will benefit the consumers, but is it sustainable to the country?” he asked.

He was speaking with reporters on the sidelines of the launch of Sia Sitok Sarawak Plus here yesterday.

According to the Malaysian Aviation Commission’s website, MYAirline has been given a conditional approval for an air service licence (ASL) on Dec 22 last year, which is valid until Dec 31 this year.

That licence allows the company to conduct scheduled passenger and cargo services.

Another new airline that has been awarded the ASL recently is Johor-based SKS Airways Sdn Bhd.

SKS plans to focus on the unserved and underserved routes, according to its statement.

With SKS joining the aviation industry, Izham reckoned it was strategically a good move for the airline to ply the unserved routes that no other airline is serving.

Having said that, Izham is confident that MAB would go to the market responsibly and ensure that the company is sustainable and profitable, despite the heightened competition.

He reiterated that the company has reset itself from legacy issues over the past two decades, adding that it is geared up to propel forward in the future.

“We are ready for the future. Malaysia Airlines cannot go back to its old chequered journey. The way we do things at MAS includes the realisation that the mindset has to change. And that has been evolving,” he said.

Notably, the restructuring exercise of the company has resulted in it securing over RM15bil savings.

MAB has also turned cash-flow positive since October last year for the first time since the beginning of the Covid-19 pandemic.

It plans to break even by next year, notwithstanding any major setbacks.

For this year, Izham is bullish yet cautious, hoping that the market will reboot faster than anticipated.

On the strategies in place for the national carrier, he said MAS remained steadfast in its position as a premium airline with its focus on the Asia-Pacific region.

“We want to strengthen our position in both the domestic and Asean markets. We are very clear, we are a premium airline although the higher fares comes with products that ensure providing flexibility, and excess baggage for passengers,” explained Izham.

Amid the Covid-19 pandemic, he disclosed that the rising domestic market movement would also be a key driving strategy to sustain the company.

That said, MAB’s parent company Malaysia Aviation Group (MAG) and the Sarawak Tourism Board (STB) are embarking on a year-long partnership to promote Sarawak as a tourist destination this year.

MAG and STB would work to promote events involving the tourism board, MAS, Firefly, MASwings and MHholidays.

Izham, who is also the group CEO of MAG, said MAS, Firefly and MASwings would offer a strong value proposition to Sarawak, with better services, convenience and reliability.

“Over the past year, MAS, Firefly and MASwings have worked on improving connectivity to and within Sarawak, with the commencement of direct flights from Penang to Kuching, as well as the increased frequencies for Miri, Sibu and Bintulu to reinvigorate domestic tourism in Sarawak,” he added.

STB CEO Sharzede Datu Salleh Askor, who was also at the ceremony, said there would be increased connectivity to Sarawak, with more flights from Penang, Johor and Kuala Lumpur.

“Malaysia Airlines will not only be Sia Sitok Sarawak Plus’ official airline, as we have Firefly, MASwings and MHholidays on board as our strategic partners on marketing campaigns to promote Sarawak’s tourism activities and cultural events,” she said. 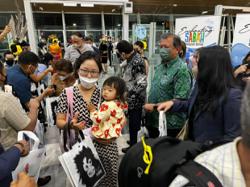 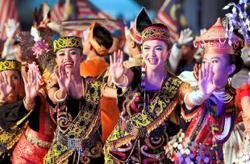