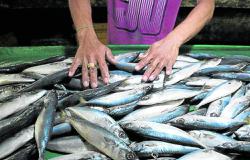 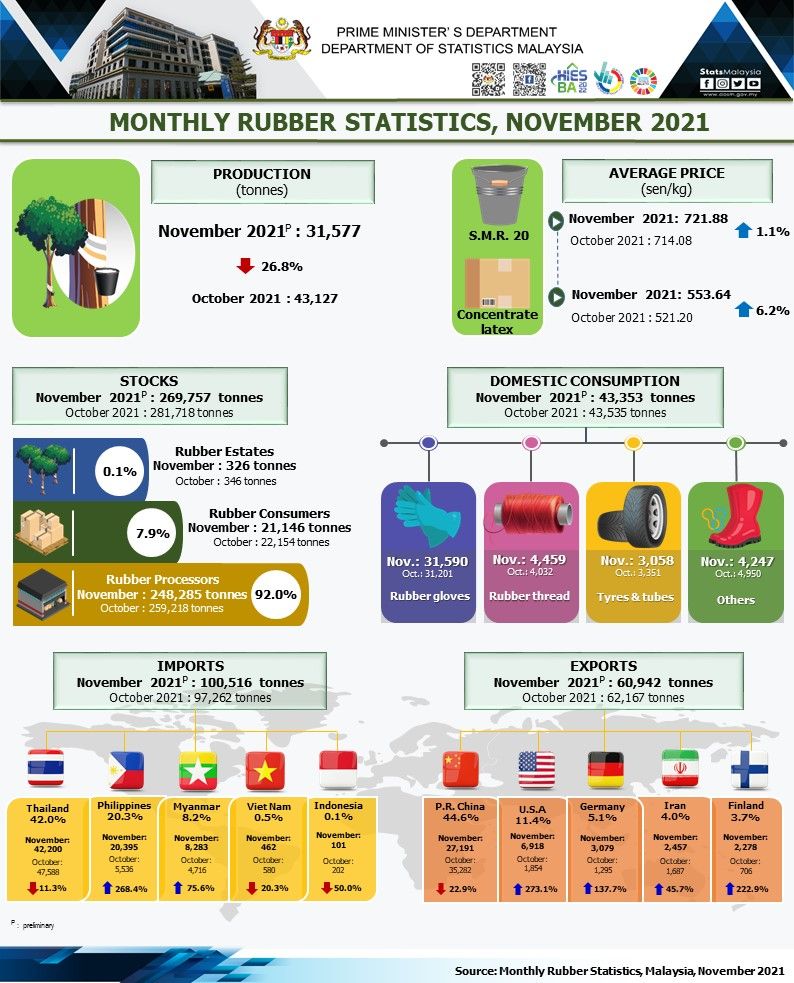 In its November 2021 monthly rubber statistics publication released today, the department said on a year-on-year comparison, natural rubber declined by 25.8 per cent against 42,554 tonnes in November 2020.

Chief statistician Datuk Seri Mohd Uzir Mahidin said the decline in production was due to supply disruptions brought about by weather uncertainties and high rainfall.

"Rubber processing factories contributed 92.0 per cent of the stocks followed by rubber consumer factories (7.9 per cent) and rubber estates 0.1 per cent,” the department said in a statement.

November 2021’s production was mainly contributed by smallholders (89.8 per cent) and estates (10.2 per cent).

"The exports performance was contributed by natural rubber-based products such as gloves, tyres, tubes, rubber threads, and condoms.

"Gloves were the main rubber-based exports valued at RM2.5 billion in November 2021, a decrease of 4.9 per cent from RM2.6 billion in October," he added.

A similar trend was also observed for all Standard Malaysian Rubber (SMR) which rose between 1.1 to 6.1 per cent, he said. - Bernama