PETALING JAYA: AirAsia Group Bhd’s financial health seems less life-threatening now that it has an injection of about RM975mil cash into the company.

This includes the full subscription for their entitlements by its two largest shareholders Tan Sri Tony Fernandes and Datuk Kamarudin Meranun, which would cost them RM257.3mil.

With the additional cash of RM975mil on top of the earlier RM500mil loan from Danajamin, RM300mil from Sabah Development Bank and RM336.5mil raised via private placement, the cash crunch resulting from the lockdown and the pandemic is no longer as alarming, TA Research said.

It believes this new capital can help the group weather through the darkness until it sees lights at the end of the tunnel.

For the first nine months of 2021, its core loss was at RM2bil versus RM2.6bil reported a year earlier.

“Will AirAsia be classified as a PN17 company after the 18-month relief period granted by Bursa Malaysia due in January 2022? We view that chances for AirAsia to reverse its RM5.9bil deficit in shareholders’ funds by then are slim.

“Having said that, we do not think this would be disastrous as AirAsia has been sorting its way out of the woods,” TA Research said in a report.

The research house also expects the tourism sector to recover in 2022 with the abolition of interstate travel bans, relaxation on travel standard operating procedures and the establishment of travel bubbles.

This would help reduce AirAsia’s losses before full recovery at the end of the pandemic.

TA Research, in line with most analysts consensus, expects the carrier to incur massive losses of RM2.8bil this year before moderating to a loss of RM1.1bil in 2022.

It said AirAsia’s cash outflow has stabilised this year, thanks to the group’s concerted effort in reducing the operating leverage.

AirAsia had effectively brought down its fixed costs by 52% last year via a reduction in headcount and voluntary salary cut as well as maintenance cost post-asset optimisation.

This year, the group has successfully restructured its lease agreements with lessors and reversed all fuel hedging contracts.

As such, the research house believes AirAsia’s future cashflow would be much more predictable, even if the group faces another lockdown next year, after dealing with its fixed costs and short-term financial obligations.

It said although the 2022 outlook remains highly uncertain, it is confident that AirAsia will chug along well with its entrenched position in the South-East Asia region, reputable brand equity, successful fund-raising exercises and cost-cutting efforts.

It maintained its “buy’’ call on AirAsia with a revised target price of RM1.07 a share from RM1.08 previously. This is based on eight times FY23 earnings. 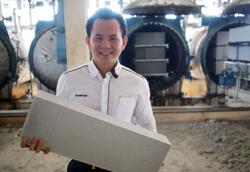 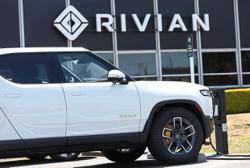