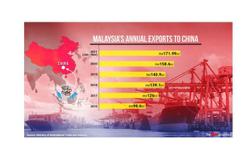 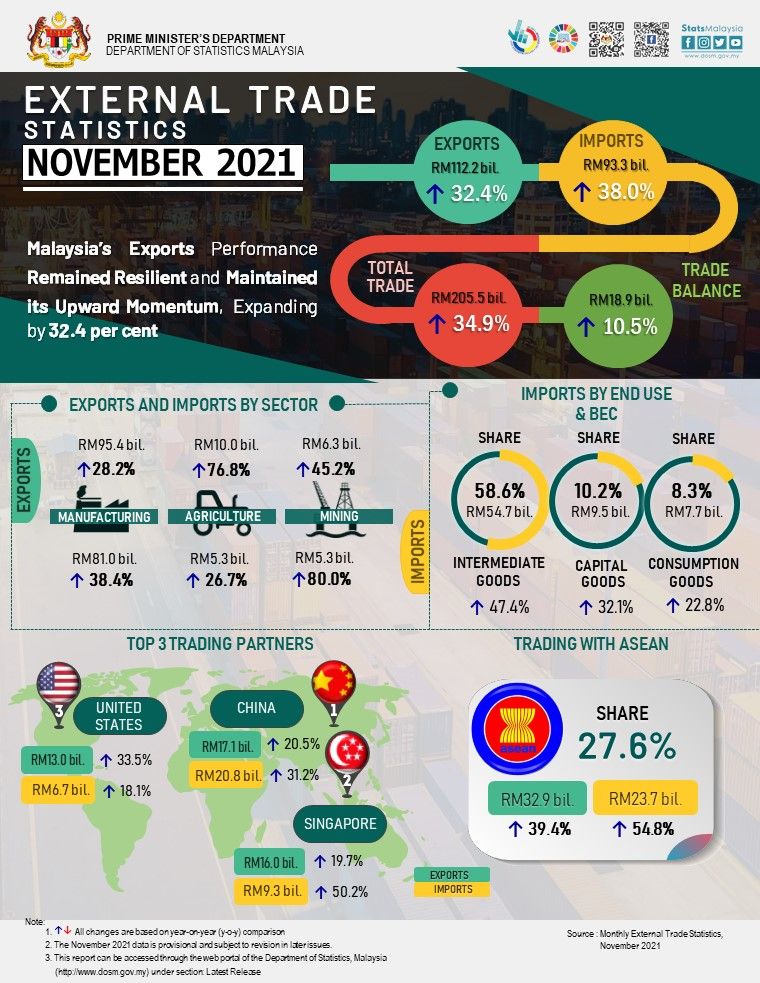 In a statement today, it said for the first 11 months of 2021, all products recorded export expansions, except for transport equipment as well as beverages and tobacco.

Meanwhile, it noted that trade breached the RM200 billion mark for the second time in a row in November 2021, marking the 10th consecutive month of double-digit growth since February 2021.

It said exports of all major sectors recorded double-digit y-o-y growth on the back of higher exports of all products, except for rubber products and crude petroleum.

Meanwhile, it said exports to major markets, notably ASEAN, China, the United States (US), the European Union (EU) and Japan recorded double-digit growth in November 2021, with exports to ASEAN and the US registering an all-time high monthly value.

Meanwhile, trade with China accounted for 18.5 per cent of Malaysia’s total trade, climbing 26.1 per cent y-o-y to RM37.92 billion, with exports growing by 20.5 per cent and imports increasing by 31.2 per cent. 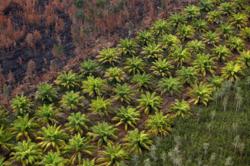 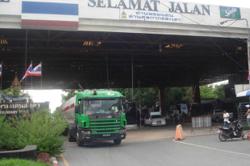