RHB targets digital transactions to grow above 95% in 2023 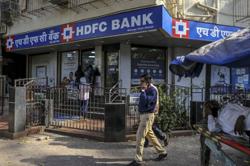 KUALA LUMPUR: RHB Bank Bhd aims to grow its digital transactions beyond 95% in 2023 from 93% currently, as part of the group’s digital strategy.

This would be driven by a rise in digital payments as more consumers are adopting online banking transfers, said Rohan Krishnalingam, who is the group chief digital and technology officer of RHB Banking Group.

“We have seen a big shift to digital payments. Malaysian consumers are adopting it now, as online banking transfers are becoming a lot more easier.

“We foresee this trend to continue and we believe this will be a target achieved the earliest,” he said during the virtual media briefing at the RHB Digital Day.

About two-thirds of the bank’s retail customers are on its online platform, said managing director of group community banking Jeffery Ng.

Interestingly, the bank saw an increase in the number of customers conducting transactions through online and mobile, compared with physical transactions at their branches.

RHB has committed RM200mil in investments for its digital transformation for the period of 2018 to 2022, of which, about 65% of the investments have now been utilised.

Moving forward, RHB Bank is expanding its digital reach to Cambodia through the new goWave Community Hub which was launched in June this year.

The full banking services goWave app is likely to be commercialised by the second quarter of next year, subject to regulatory approval.

RHB group managing director and group chief executive officer Datuk Khairussaleh Ramli noted that the bank has allocated between RM80mil and RM100mil to expand its digital capabilities in Singapore, including digitalisation in the small and medium enterprise (SME) and commercial businesses in the loan and financing space.

“We also want to deploy our digital capabilities overseas. The first two markets that we want to (expand into) are Singapore and Cambodia. These are all supported by analytics and artificial intelligence as well as using next generation technology capabilities,” he added.

The capital expenditure for Singapore would be utilised for digitalisation efforts to be on par with the city-state’s market.

It is worthy to note that RHB Bank has received the “Best Digital Bank in Malaysia” award for the second consecutive year at the 15th Alpha South-East Asia Awards 2021.

As of October 2021, 58% of SME financing applications were originated from the digital channel.

Since the launch of SME online financing, the bank has received more than RM4bil worth of loan application and almost RM900mil has been approved.

It is estimated that every seven out of its 10 customers can obtain loans without physically going to the bank.

RHB Bank is the first Malaysian bank to integrate digital solutions for business operations through the use of application programming interface, enabling firms to manage their business as well as banking needs with ease.

About 13,000 customers on-boarded in 2021, of which 5,000 are new customers, with RM250mil in new current account balances, and seven partners offering solutions for different segments.

In a filing with Bursa Malaysia last month, RHB Bank said its net profit increased 2.1% to RM635.59mil in the third quarter ended Sept 30, 2021 from RM622.25mil a year ago mainly due to higher total income.

The group’s revenue in the quarter rose 2.7% to RM3.03bil from RM2.95bil in the corresponding period a year ago.