Britain’s growth to take a hit 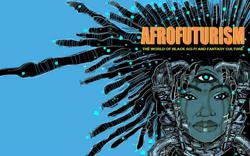 Bleak outlook: Shoppers at Oxford Street in central London. New forecasts from the Confederation of British Industry predicts that unemployment would fall to 3.8% by the end of 2023. — AFP

LONDON: Britain’s economy looks set to grow more slowly than previously thought this year and in 2023 due to global supply chain problems and the government must encourage longer-term business investment, an employer group said yesterday.

It said the downgrade mostly reflected weaker growth since its last forecasts in June and the supply chain problems that have slowed the recovery from last year’s coronavirus slump were likely to end in mid-2022.

With exports still weak, household spending would drive 90% of growth next year and two-thirds of it in 2023 thanks to a strong jobs market and savings racked up during the pandemic.

Business investment looked set to grow by 8.2% next year and go above its pre-pandemic level but the bounce would probably prove short-lived with corporate investment falling back in mid-2023 when a tax incentive is due to expire.

The CBI called on Prime Minister Boris Johnson to introduce regulations to spur investment and innovation to help build new markets in clean energy and other sectors.

The new forecasts from the group saw inflation peaking at 5.2% in April and remaining above the Bank of England’s 2% target for around another year while unemployment would fall to 3.8% by the end of 2023.

The CBI’s forecasts were made before the emergence of the Omicron variant of the coronavirus which has led to tighter Covid rules. Rain-Smith said she was hopeful that Britain’s high levels of vaccinations would minimise the growth hit.

Meanwhile, Britain will seek to strengthen its trading relationship with the United States this week when trade minister Anne-Marie Trevelyan visits New York and Washington, but a full free-trade agreement remains a distant prospect.

Trevelyan will meet United States trade representative Katherine Tai and US commerce secretary Gina Raimondo in Washington today, and promote Britain at a meeting with investors in New York.

Despite a trade deal with the United States being touted as one of the biggest prizes of Britain’s exit from the European Union (EU) in the years following the 2016 Brexit vote, US President Joe Biden has since made clear that any such deal is not a priority for his administration.

That has forced Britain to take a different approach of pursuing smaller agreements to remove specific trade barriers, solve long-running trade disputes, and work together on world trade reform.

Trevelyan’s visit, her first since becoming trade minister in September, will pursue that strategy, including a push to resolve a long-running dispute over steel and aluminium tariffs.

Former US President Donald Trump imposed 25% and 10% tariffs on steel and aluminium imports from the EU in 2018. The tariffs were withdrawn in October of this year, but they remain in place for Britain due to its exit from the EU.

Officials in the United States and Britain last week rejected a report in the Financial Times that said talks on resolving the tariff row were stalled due to concerns about post-Brexit trade rules affecting Northern Ireland. — Reuters 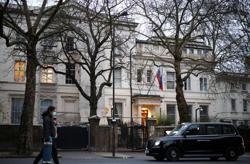 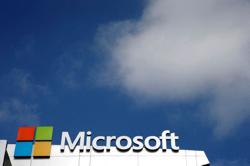