THE ongoing labour shortage in Malaysia has been widely talked about and reported.

Over the last reporting season, the effects of the problem became even more visible. A number of listed companies reported declining profits, and squarely attributed it to the labour crunch they are facing.

Most of them suffered from the ceasing of operations due to lockdowns, combined with the shortage of foreign labour.

What is interesting is that many of these companies attempted to hire local workers to replace foreign workers. But alas, this had little positive impact.

’s revenue dropped close to 40% to RM46.42mil in the first quarter ended Sept 30 (Q1’22), which was partially dragged by a labour shortage that slowed down activity at its construction sites.

also announced in its latest filing to the stock exchange that it experienced crop losses due to a manpower shortage, which remains unsettled.

also announced in its latest quarterly results that acute labour shortages compounded by movement restrictions have challenged the group in the last 21 months. In a quandary: Hotel workers in action. The situation in the industry, which relies heavily on manpower, is worrying, with employees demanding higher salaries.

The lucrative glove industry has also experienced a revenue shortfall of around RM15bil with a shortage of workers of around 20,000 to 30,000, says Anthony Dass, who is the chief economist of AmBank Group. 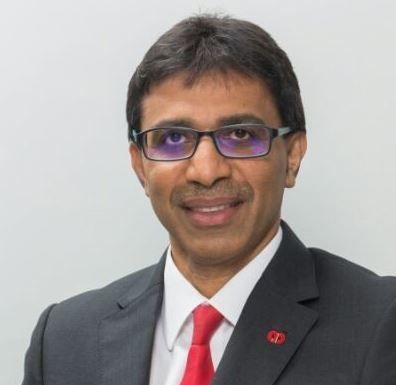 , in the news after its main client Dyson pulled out its business after allegations of labour mistreatment, had earlier blamed manpower shortages for the drop in the group’s revenue which it recently reported.

It is worth noting that the government has frozen the hiring of foreign workers since the beginning of the pandemic.

The electrical and electronics (E&E) industry has been hit by the shortage of workers.

The E&E industry contributed a significant portion to Malaysia’s exports of 45.6% or RM386.1bil last year.

It is learnt that the acute labour shortage has severely impacted the industry’s production, and in turn, disrupted the supply chain, resulting in delays with companies unable to fulfil new orders.

Citing a Malaysia Semiconductor Industry Association (MSIA) survey done recently, its president Datuk Seri Wong Siew Hai says there is a shortage of more than 16,000 workers for E&E and its related companies.

Even the shortage of skilled talent such as top-end design engineers amounts to about 2,500 people.

Next year, he projects an alarming figure of a shortage of some 23,000 workers for the industry, including skilled talent, should the labour woes persist.

“Given the rising demand for E&E products, companies need to increase their capacity.

“And they need workers to run their operations. With the labour shortage, the companies are unable to fulfil orders.

“Should this persist, some of the orders will be diverted to other countries.

“As such, companies would face the brunt of this, with their earnings not being as high as it should be,” Wong tells StarBizWeek.

Given the restrictions of hiring foreign workers, he points out that some companies had replaced them with local workers.

Unfortunately, companies experienced a high turnover rate of 70% within the first three months, which eventually dropped to 35% after companies provided increased incentives to retain the local workers.

As a result, these manufacturers were unable to fulfil some orders.

Dass says manufacturers also had to raise the prices of some of their products, which in turn has driven up prices of goods supplied to other companies in the supply chain.

Not only has the labour shortage led to rising inflation from higher operating costs and increasing commodity prices, but it has also led to a drop in productivity in various industries including retail, poultry, and food and beverages, he says.

“A classic example will be the surging prices of poultry.

“A serious worry over the labour shortage has affected the farms and the processing plants. It has led to higher operating costs, including in overtime payments,” Dass explains.

The situation for the hotel industry which heavily relies on manpower is grave.

Datuk Naresh Mohan, who has more than two decades of experience in managing hotels, says the industry is in a “terrible quandary”, with staff demanding higher salaries.

“But we can’t generate more income due to the fact that the markets are not fully open.

“Plus owners are still reeling from all the losses incurred over the past two years and need to have some room to recover and build their cash reserves.

“Restarting the hotel is akin to opening a new hotel and that takes time to build up the base,” he exclaims.

Mohan, who is the chief executive officer of Hospitality 360 Sdn Bhd, has also learnt that some hotels are intentionally not offering rooms due to the shortage of staff.

“It can affect revenue anywhere between 10% to 40% of what they can do if the staff are available,” he reckons.

Hospitality 360 manages most of the Ramada hotels in Malaysia.

Amidst the Covid-19 pandemic, it is a well-known fact that the country’s unemployment rate had shot up as high as 4.8% in June this year compared to only 3.3% in 2019.

However, online job vacancies advertised by employers increased on a quarterly basis, indicating labour market recovery in the short term with the implementation of the National Recovery Plan.

This is based on the statistics of Big Data Analytics Job Market Insights.

But employers are still facing difficulties in obtaining workers despite the high unemployment rate.

So, why are these unemployed workers not being utilised in industries that are facing labour shortages? 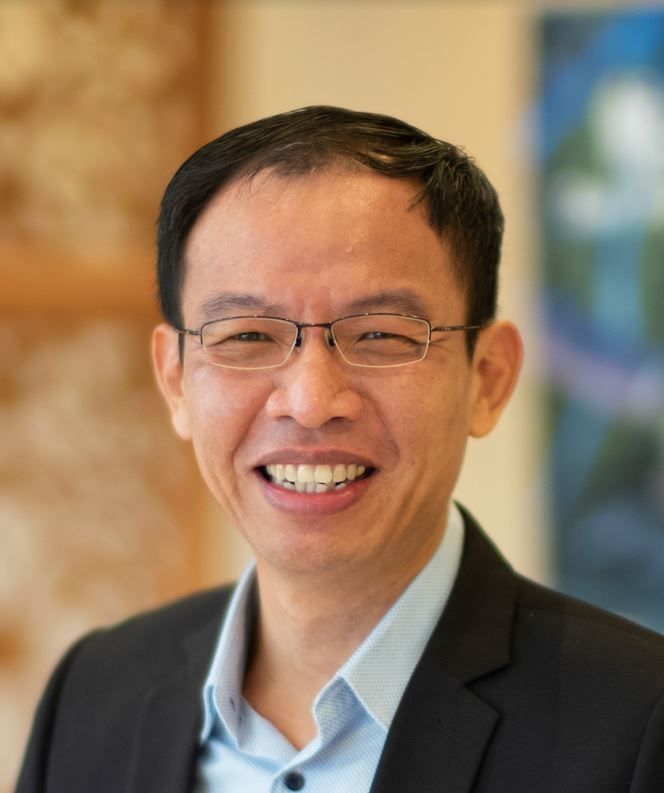 According to Ernst & Young Consulting Sdn Bhd (EY) people advisory services partner Low Choy Huat, the imbalance is likely due to the mismatch between market demands and the supply of talent from universities and technical and vocational education and training (TVET) institutes, as well as expectations of different workforce generations.

“The problem is here to stay unless we pivot our direction and strategy to improve the economy.

“It requires an enormous and coordinated effort by individuals, employers, unions and the government to support business continuity whilst ensuring the system is responsive to industry needs,” he says.

One of the largest manufacturers of printed circuit boards in the country, GUH Holdings Bhd

, echoes similar views, noting that the education system in the country does not encourage Malaysians to work in the discipline of the factory environment.

He adds that the authorities should also improve the university levels in the country to be on par with the technology of other countries.

Citing China and Vietnam as leading examples, H’ng says that both these countries that are facing labour shortages have taken serious action by educating their citizens in technical, vocational and tradesman schools.

He adds that the current situation in Malaysia is because the country has produced two types of workers.

This includes people who are not so well-educated, refusing to work in a more physical, vocational, tradesman and labour demanding work environment.

“The second group is the creation of so-called ‘university elites’ who do not match the engineering, science or technical knowledge demanded by a very fastly advancing outside world,” he adds.

That said, H’ng expects the labour shortage predicament to persist should the current education system remains the same.

For the group’s manufacturing plant, he intends to have skilled foreign labour with strategic numbers coupled with the addition of semi-automated and fully automated processes.

“The strategy is to keep the number of workers with better skill sets as low as possible while increasing its production capacity.

As a temporary measure, companies across the board are pleading with the government to temporarily relax the rules for the hiring of foreign workers, and extend the current foreign workers recalibration programme to at least March next year. Naresh: Restarting a hotel is akin to opening a new one.

Apparently, the problem has become more severe with small and medium-sized enterprises (SMEs) with the re-opening of the economy, as most foreign workers have returned to their countries and the existing workers are not getting their permits renewed.

Small and Medium Enterprises Association chairman Datuk William Ng reveals that some SMEs are still struggling to re-open due to difficulty in obtaining workers, adding that the majority are operating within capacities of between 60% and 70%.

“We cannot allow this to continue, as this will impact the country’s economic recovery at a time when we are competing with regional neighbours to re-establish ourselves in the global supply chains,” he says.

Despite many SMEs willing to pay more to local workers due to the labour shortage, Ng notes that local workers continue to be picky when it comes to the “3D” (dirty, dangerous, difficult) jobs.

With the gig economy on the rise in Malaysia, Ng discloses that some locals have moved into the informal sector of being mostly self-employed, leading to unfilled positions that are not 3D.

Notably, about 25.1% of the workforce in Malaysia were self-employed last year, according to the World Bank.

Having said that, SME Association of Malaysia president Ding Hong Sing explains that the growth of self-employment may be due to an expanding services sector, the rise of the gig economy, the desire to “be your own boss”, and a more positive attitude towards entrepreneurship in the community.

Although there are advantages to employment flexibility in the informal sector, AmBank Group’s Dass confides that the unprecedented pandemic has been devastating as they faced a dramatic collapse of income and the loss of livelihoods. Should this segment of the workforce be left unassisted, Dass warns that there are risks of this group falling deeper into the poverty trap, eventually resulting in a huge income disparity.

“This will have a strong adverse impact on the socio-economy and the ability to achieve a high-income nation status with inclusivity becoming questionable,” he cautions.

Following the disruptions from the pandemic on the labour market, one phenomenon that has been troubling the employers is the movement dubbed the “Great Resignation”.

Millions of workers in the United States and Europe are quitting their jobs due to evolving work preferences, frustrations with their current working environments and to look for better career opportunities.

With some perceiving that the movement could happen in Malaysia, Dass says there would be a slowdown in the occurrence of such a phenomenon in Malaysia as official figures reveal.

However, EY’s Low does not rule out the possibility of a similar trend of resignations occurring in Malaysia, driven by the stressful effects of the pandemic with long hours in front of the computer screen coupled with new exciting opportunities emerging.

“Another factor would be the stronger preference to work from home, which some employers may not be able to provide,” he says.

It is worth noting that the 600,000 job opportunities from the Jamin Kerja Keluarga Malaysia (JaminKerja) job guarantee initiative involves a subsidy of 20% of workers’ remuneration for the first six months and another 30% for the following six months.

However, Dass notes that most employers remain very cautious on hiring at the moment, as the number of Covid-19 cases remain higher than anticipated, as well as the emergence of a new variant –Omicron.

“Businesses are facing a strong challenge to get the required manpower to run their business and there are some still grappling with their cash-flow issues.

“Such businesses may find employing people by paying 70%-80% still weighing heavily on their bottom line,” he adds.

As such, Deloitte South-East Asia consulting director Lee Yun-Han says the current worker shortage should be seen as an opportunity to introduce systemic changes with the potential to vastly improve the working conditions of the Malaysian workforce and the attractiveness of the country as a destination for workers across the skill level spectrum.