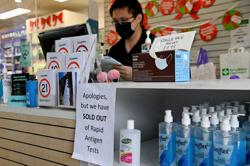 He points out that the most recent US Labor Department’s monthly Job Openings and Labor Turnover Survey showed there were 10.4 million job openings in August while the number of people leaving their jobs rose to 4.3 million – the highest level seen on record dating back to December 2000.

“Similarly, the UK and eurozone are facing structural challenges that will take time to even out,” says Low.

Low notes that regionally, the Asia-Pacific region is suffering the most acutely from talent shortages, with five of the top-10 worst affected markets in the survey being Japan (89%), Taiwan (78%), Hong Kong (76%), Singapore (56%) and India (56%). In Japan, the number of employers reporting difficulties continues to grow, currently standing at 89% – the highest reported globally.

“A new work from anywhere paradigm, where individuals can work anywhere and for anyone, is emerging. This will potentially create an increasingly borderless working world and an open talent marketplace in the future,” says Low, adding that organisations will need to reframe their talent strategies to cater to the needs of a global and diverse workforce to address the labour shortage.

He points out that countries such as Singapore, Japan, the US and the UK have adopted various short, mid and long-term measures.

Singapore is upskilling its workforce, adjusting credential requirements and recruiting from less conventional talent pools such as mature workers, while in the US and UK, an increase in salaries was reported to remain competitive with other organisations in key industries like hospitality.

“In Japan, immigration reform was initiated to combat the ongoing labour shortage threatening its economic growth. The reform package was formulated to boost the number of workers in 14 blue-collar sectors by opening up immigration to foreign workers with specified skills,” says Low.

Roughly 23% of the working-age population in Canada is expected to be 65 years or older by 2024.

“An ageing population will continue to boost retirements and lower the share of the population participating in labour markets –removing roughly 600,000 workers from the available labour market pool over the next three years,” says the RBC report.

It notes that worker shortages in Canada are evident both in the industrial sector, where skilled trades are in short supply and in the travel and hospitality industries, where the current employment shortfall compared to pre-pandemic levels is the largest.

The RBC report highlights that there are currently more than 870,000 vacant jobs in Canada, and over one third of Canadian businesses are grappling with labour shortages.

“That’s not a new problem – nor is it easy to solve. Businesses were already reporting acute labour shortages in some sectors prior to the pandemic. Since 2008 and 2009, an ageing workforce has subtracted one million workers from the economy,” says the report.

The RBC report also has expectations of labour shortages becoming even more extensive in the year ahead.

“With businesses still struggling to hire, we expect remaining unemployed workers to find their way into paid employment. But with too few workers to satisfy demand, pressure on wages will increase,” says the report.

Against that backdrop, it’s not surprising that Canadians are feeling more confident about their employment prospects.

In a recent RBC survey, more workers signalled a willingness to quit their current jobs and are increasingly looking for more “suitable hours”.

The RBC report points out that higher wages aren’t the only thing workers are seeking in their post-pandemic careers.

“Those contending with child and elder care are seeking greater autonomy in work scheduling. The most resilient industries through the pandemic have been in professional, scientific and technical fields where working from home is easier,” says the report.

In October, the Asia Pacific Foundation of Canada (APF Canada) also reported that shifts in labour migration patterns are causing shortages of workers in South and South-East Asia.

The APF Canada report points out that in India, manufacturing, logistics, construction and e-commerce have been severely affected, with a 20% to 25% labour shortage.

APF Canada said the labour shortages are due to factors such as reverse migration.

“In India, migrant workers are not returning to cities due to uncertain job markets and fears about Covid-19. Government-funded welfare benefits and rural development projects that create local jobs are also deterring them from moving back to urban centres,” said the foundation.

Citing news reports, APF Canada highlights that in Vietnam, many migrant workers have opted to remain close to home due to fears of infection and fatigue from pandemic response measures.

In Thailand and Malaysia, where foreign migrant workers sustain manufacturing and palm oil plantations, the flow of cross-border labourers has been sluggish due to pandemic border restrictions and conflict in Myanmar.

Meanwhile, with vaccinations underway and health conditions improving, businesses and governments across the region are scrambling to get workers back into shops and onto factory floors.

APF Canada notes that in India, businesses are on a local hiring spree and investing in training and skilling local youth to avoid future labour shortages.

“After months-long lockdowns essentially wiping out business and manufacturing, Vietnam’s government is offering migrants transportation back to the industrial heartland in the south, where companies are raising wages,” says the report, adding that Thailand’s Employment Department has stepped up recruitment fairs and employment matching efforts to fill over 400,000 vacant positions.

“While these labour shortages highlight the great value migrants brought to regional economies, they will also lead to global production and export delays for the upcoming holiday season,” says the APF Canada report. 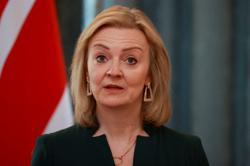 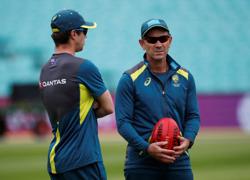